It’s time for the Week 9 fantasy football waiver wire. Fantasy waivers can often make or break your season. Making the right decision on which players to add and drop is crucial, so we have you set up with a deep list of potential waiver wire adds for Week 9. 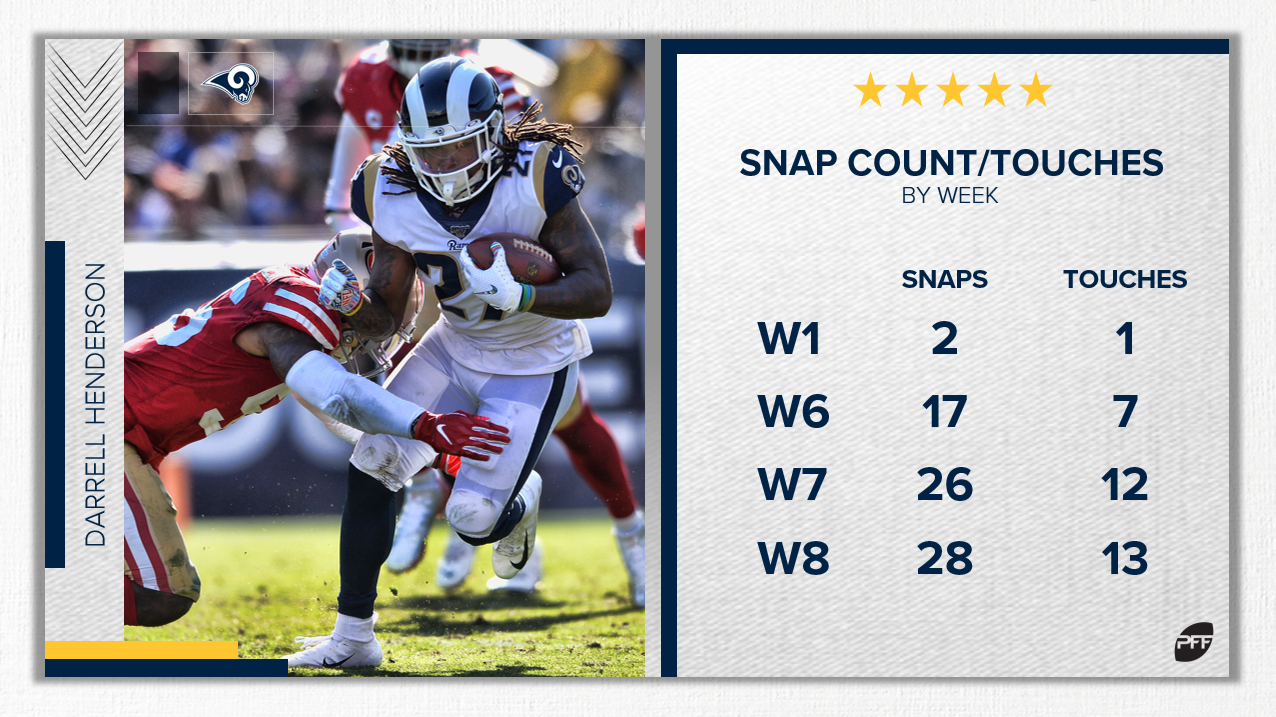 Darrell Henderson, LA (15-30%) — The rookie back out-touched Todd Gurley last week, and Gurley appeared to be banged up with a knee issue later in the game. Henderson screams second-half upside.

Kenyan Drake, ARZ (10-20%) — Yes, he'll likely be the lead back this week for the Cards, but Drake is clearly behind David Johnson and Chase Edmonds when both players return.

Devin Singletary, BUF (10-20%) — The momentum is building for Singletary. Look for his role to expand in November.

Mark Walton, MIA (10-20%) — With Kenyan Drake out of the mix, the Dolphins used Walton as a three-down back in Week 8. That said, running backs on bad teams often aren't very good fantasy options.

Christian Kirk, ARZ (15-30%) — Kirk got back on the field and picked right up where he left off. He's currently available in just over 30% of leagues.

Darren Fells, HOU (5-10%) — The Texans use a ton of two-TE sets, but Fells has emerged as the preferred option in the passing game.

Jameis Winston, TB (4-7%) — Sure, last week was ugly for Winston. But despite the poor play on the field, he still finished as a top-10 fantasy option.