It was a harbinger of things to come for Week 4 of the 2018 NFL and fantasy football season when the Browns (more on them in a bit) defeated the Jets on Thursday night. I’m sure I’ve uttered and/or written this before, but I truly cannot remember a wilder weekend of upsets than we had last week.

As for the DST side of things, this was a perfect example of just how boom-or-bust things can be, just when looking at the Buffalo Bills at Minnesota Vikings. If someone had told me before this game that one of the units would put up four sacks and three turnovers, my money would (obviously) have been on the Vikings. Nope. The Bills jumped on Minnesota early and often on their way to a 27-6 upset.

Sometimes all we can do is shake our heads and press on regardless. Let’s look at the streaming DST options in Week 4. Keep in mind that bye weeks are upon us with Washington and Carolina sitting out this weekend. 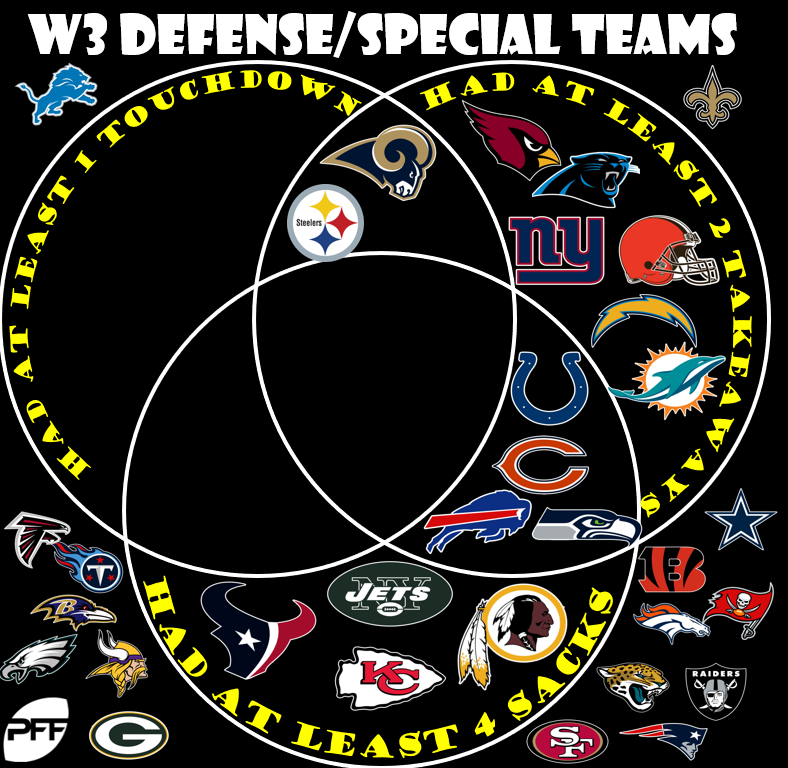 That rumbling you feel is the city of Cleveland celebrating the Browns’ first regular-season victory since December of 2016. While fans and pundits alike hail the great play of rookie quarterback Baker Mayfield, we may be overlooking a DST sleeper streaming option for Week 4. The Browns defense has been getting it done in all facets of the game, racking up nine sacks, five interceptions, and six fumble recoveries so far. The selection of cornerback Denzel Ward with the fourth overall pick in the 2018 NFL Draft has paid immediate dividends, as Ward has a pair of interceptions and a forced and recovered fumble.

It’s all about the matchup in this Week 4 showdown as the Saints DST ranks among the worst for fantasy purposes through the first three weeks of the season. The Giants’ offensive line continues to struggle in protection despite finally benching Ereck Flowers in favor of Chad Wheeler. While the Giants did get the win, they could not contain a resurgent J.J. Watt last week, as he put up three of the Texans’ four sacks. Led by Cameron Jordan’s two sacks, the Saints doubled their total for the season Sunday by getting to Matt Ryan three times. Look for another big week from Jordan and an untimely turnover (or two) by a pressured Eli Manning.

This is not the Seahawks defense that was a dominant force over the past five years or so, but it is not the bust that a lot of folks predicted it would be in 2018 — at least not from a fantasy perspective. Through the first three weeks Seattle is tied for the league lead in interceptions with seven and is a top-10 fantasy producer. This week the unit gets to face a struggling (I’m being kind) Arizona offense that may be led by a rookie quarterback — Josh Rosen replaced starting quarterback Sam Bradford late in the Week 3 loss to Chicago and in limited action didn’t fare much better than the veteran, getting sacked once and throwing an interception. On the season, Arizona has allowed seven sacks while turning the ball over seven times.

Despite the struggles on the offensive side of the ball, the Cardinals defense has managed to be a middle-of-the-road fantasy option. Arizona is coming off a top-10 fantasy week in which the unit managed three sacks and a pair of turnovers in the loss to Chicago. It’s the matchup with Seattle in Week 4 that lands this unit on the streaming list. While Seattle did a better job of protecting Russell Wilson last week — allowing just two sacks — the team has still allowed 14 on the season. Seattle has also turned the ball over five times and allowed a defensive touchdown. In the two meetings between the teams last season, Arizona racked up eight sacks. This game should be a fantasy bonanza for both DST units.

The Chargers defense has definitely felt the loss of defensive end Joey Bosa through the first three weeks, only managing seven total sacks. In their first three games last season, the Chargers had 11 sacks with Bosa accounting for two. While Bosa will likely miss this Week 4 matchup it’s still one in which the Chargers DST should be able to excel. The 49ers injury woes continue to mount as starting quarterback Jimmy Garoppolo (knee) appears set to join Jerick McKinnon on injured reserve. San Francisco will likely have C.J. Beathard under center and that bodes well for the Chargers. In his seven appearances last season Beathard threw four touchdowns and turned the ball over eight times. 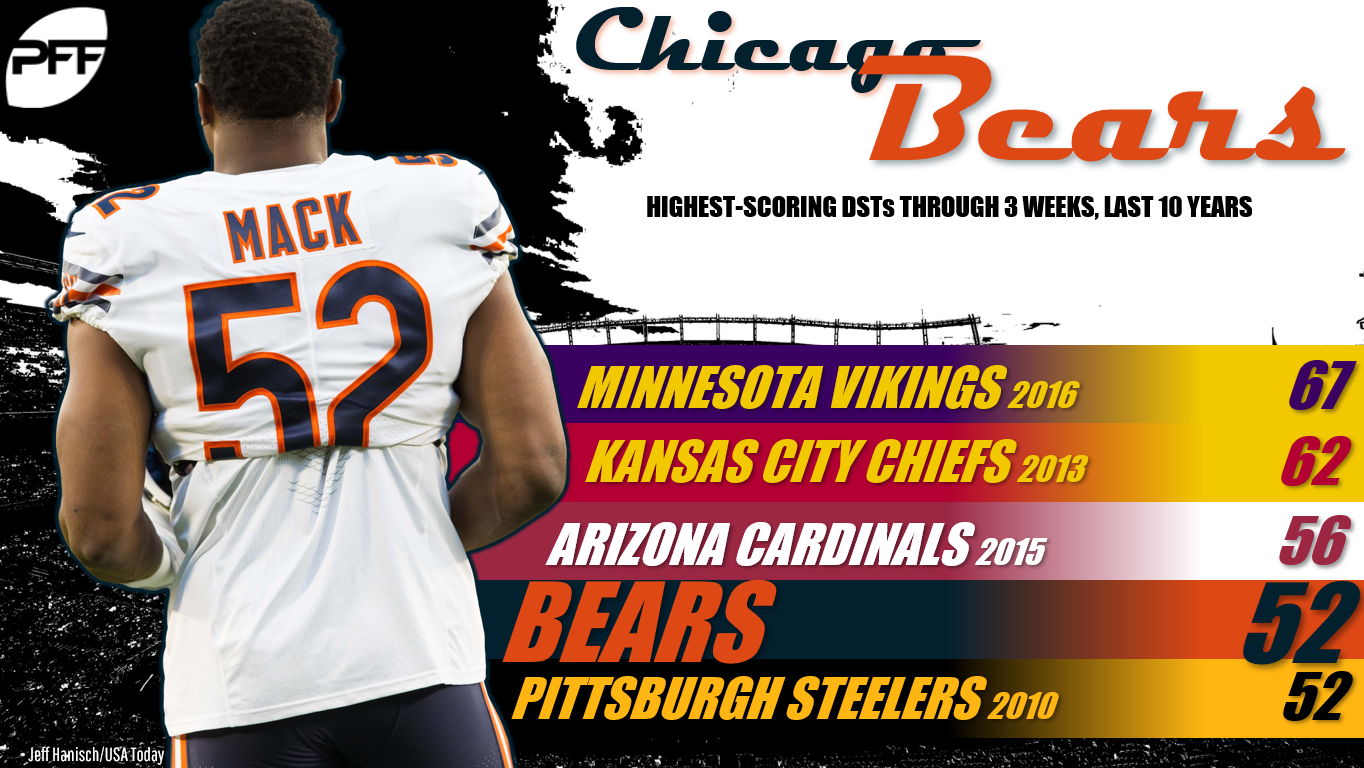 The addition of Khalil Mack has elevated the Bears DST to one of the top-producing fantasy units in the NFL. Mack has put up at least one sack in each of the first three games, with four total. He has also forced a fumble in each game and returned an interception for a touchdown. Through the first three weeks the Bears have produced 14 sacks along with eight turnovers and two defensive scores. It’s highly unlikely that we’ll be able to stream Chicago anymore as this has become a unit to roll out weekly regardless of the matchup.