The best DSTs to stream in fantasy in Week 11

We’re back again for our weekly check-in on streaming defense/special teams options in fantasy football. We can’t all be so lucky and own the New England Patriots defense, a legitimate league-winner. And, I’m sure, not all of you listened to me earlier in the year and held onto the 49ers or Steelers — likely top-three defenses all year. For everyone else, you may want to consider streaming defenses.

Here are the defenses you should be looking to add in Week 11: 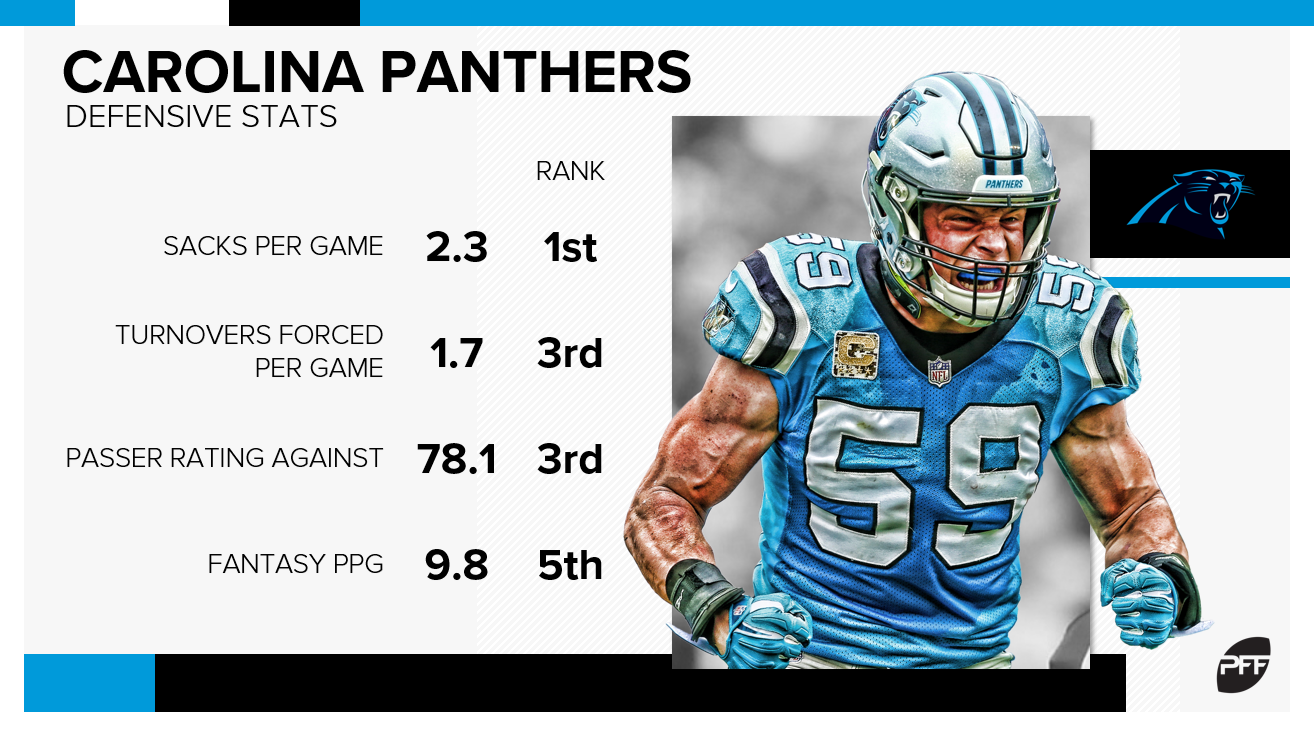 Carolina is unowned in almost half of all leagues, but they’ve played much better than that might imply. Carolina ranks first in sacks per game (2.3), third in turnovers forced per game (1.7), third in opposing passer rating (78.1), and fifth in fantasy points per game (9.8). By nearly every measure and metric Carolina looks the part of a top-five defense – and that’s how we should be viewing them moving forward, and especially this week. Carolina is significantly more vulnerable on the ground than through the air, but Atlanta is down to their third-string running back, Brian Hill, with Devonta Freeman and Ito Smith both out. Atlanta also ranks fifth-worst in adjusted pressure rate, fifth-worst in turnover percentage (16.5%), and eighth-worst in fantasy points per game allowed (9.5). Carolina should be added and held onto as an every-week starter, even beyond their tough Week 12 matchup in New Orleans.

Oakland’s defense hasn’t done much to entice us, but they are massive home favorites against a winless Bengals team. Cincinnati came into the week giving up the seventh-most fantasy points per game to opposing defenses (10.1), and then Baltimore scored a season-high 24.0 fantasy points against them in Ryan Finley’s first-ever start. Across the full season, Cincinnati ranks third-worst in turnover percentage (17.7), fifth-worst in sacks allowed per game (3.4), and fourth-worst in points scored per drive (1.35). Like Carolina, Oakland is a top-five fantasy defense this week.

Oh, and, on top of all this, Oakland might be more than just a one-week rental for you. Next week they face the Jets, who are giving up a league-high 15.5 fantasy points per game to opposing defenses.

The Jets rank worst in fantasy points per game allowed, but the Redskins rank sixth-worst (10.8). Washington’s offense also ranks worst in points scored per game (12.0) and third-worst in yards per game (259.1). Keep in mind, now, with Dwayne Haskins under center, we should expect an even better matchup for New York. Among all 44 qualifying quarterbacks, Haskins ranks worst in passer rating (42.2), worst in interception% (9.0%), and second-worst in sack% (14.0%). On top of the near-perfect matchup, New York’s defense has been quietly productive from a fantasy standpoint. The Jets now rank 10th in fantasy points per game (7.8), coming off of a 16.0-point outing against the Giants in Week 10.

Washington no doubt has a bottom-of-the-barrel defense, but they do get the best on-paper matchup of the week. And though Washington’s defense hasn’t done much this year, they have taken advantage of similarly soft matchups earlier in the year, scoring a combined 19.0 fantasy points against the Dolphins and Giants.

Runner-up: Dallas Cowboys vs. Jeff Driskel and the Lions