Who are the biggest fantasy football sleepers and busts for Week 5 of the 2018 NFL season? We use advanced matchup analysis to bring you a list of players who will overperform (sleepers) or underperform (busts) their typical production.

Below are some of the top sleepers and busts for Week 5.

Fournette is out this week, and the Jaguars play the Chiefs, who have given up the fifth-most fantasy points to opposing quarterbacks.

Henry has been Tennessee’s lead rushing back, with 54 attempts to Dion Lewis’ 43. The Titans draw the Bills in Week 4, who have given up the third-most fantasy points per touch to enemy backs so far this year.

It was an even split between Jones (11 attempts) and Jamaal Williams (11 attempts) in Week 4, but Jones thoroughly outplayed Williams, averaging 5.9 YPC to Williams’ 2.5 while forcing six missed tackles (Williams didn’t force any). Jones also collected a goal-line TD. Up next are the Lions, who have given up a league-high 631 rushing yards to running backs so far this year, including over 175 yards in three of four games.

With Fournette out of the lineup in Weeks 2-3, Yeldon produced tail-end RB2 numbers while averaging 6.0 YPC. Last season, Yeldon was also a tail-end RB2 while Fournette was out (with a 7.0 YPC average). 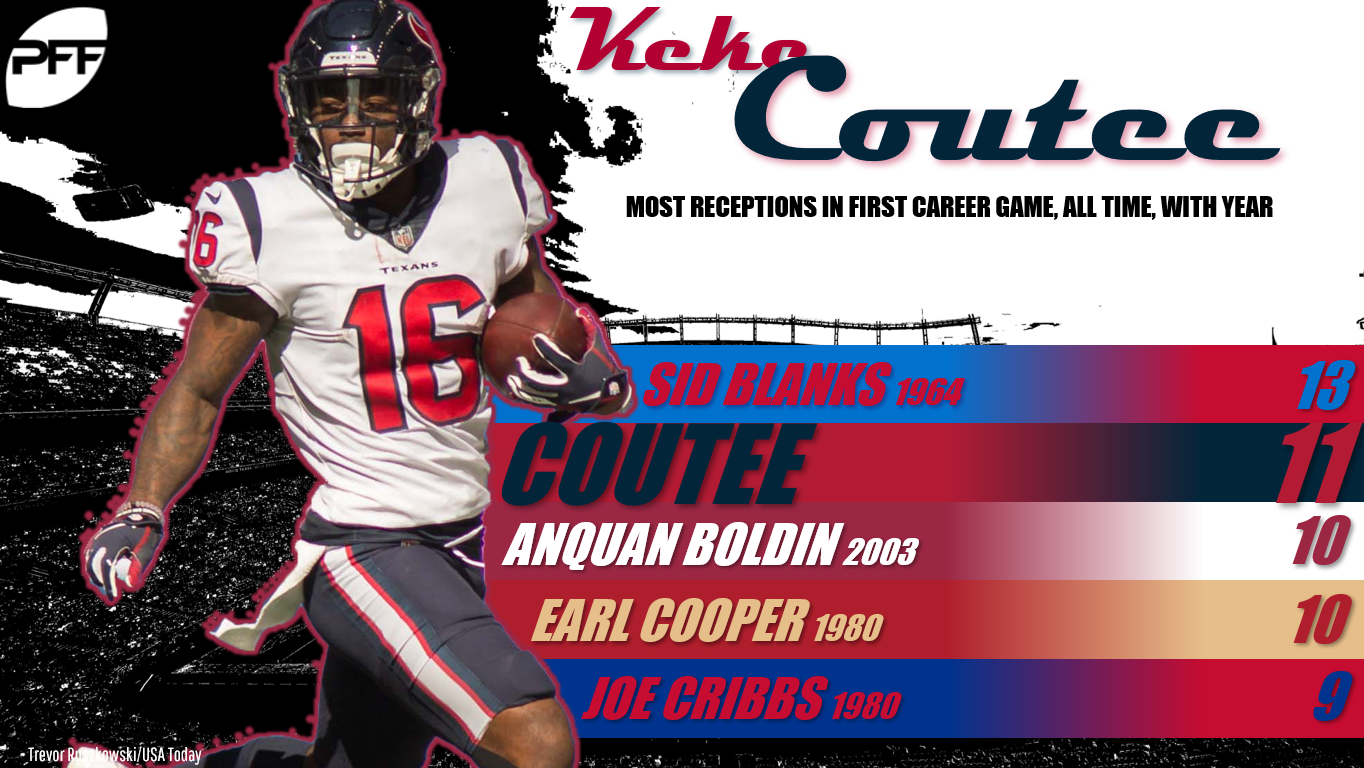 Crowder has been quiet this year, but his breakout week has finally arrived, as he will primarily draw the burnable P.J. Williams in coverage against the Saints. Crowder has the sixth-best individual WR/CB matchup of the week.

With all eyes on Julio Jones and Calvin Ridley, Sanu is flying under the radar. But he draws Pittsburgh slot corner Cameron Sutton in coverage this week. Sutton has ceded 12 catches for 210 yards and three scores through four weeks.

With C.J. Beathard under center last week, Kittle paced the 49ers in targets (8), receptions (6), yards (125), and touchdowns (1). The Cardinals have given up the sixth-most fantasy points per target to enemy tight ends this year.

The 49ers have given up the most fantasy points per target to opposing tight ends this year, and Seals-Jones has big-play ability, with a 9.3-yard average depth of target on the year, making him the team’s primary “stretch the field” option. (J.J. Nelson and Chad Williams both have higher aDOTs, but both players also have fewer than three receptions.)

Cousins draws the Eagles in Week 5, who have been an up-and-down passing defense this year, holding Matt Ryan to 251 scoreless yards (on 43 attempts) in Week 1 and Andrew Luck to 164 yards and a score (on 41 attempts) in Week 3, while also giving up 402 yards and 4 TDs to Ryan Fitzpatrick and 344 yards and 2 TDs to Marcus Mariota.

The common thread: The Eagles stymied passing attacks at home in Philly, which is where this contest takes place.

Hyde leads the league in rushing attempts and rushing touchdowns, but his Week 5 tilt against the Ravens is tough, as Baltimore has given up the second-fewest fantasy points to opposing running backs, including just one rushing touchdown ceded on the year.

Ajayi faces a Vikings defense that has held all opposing running backs out of the end zone (on the ground) so far this year. Dating back to the start of 2017, only one running back has topped 100 yards against the Vikings (Jonathan Stewart, Week 14 of last year).

Landry’s hype train is riding high, but Baker Mayfield did a great job of spreading the ball around in his debut, with five Browns pass-catchers seeing at least five targets, and six different players finishing with between 34-61 yards.

Garcon has one of the toughest individual matchups of the week against Patrick Peterson (even though we don’t expect a full shadow situation). Garcon did see the second-most targets last week with Beathard under center — which is good news for Garcon’s rest-of-season outlook — but this is an obvious downgrade against one of the best corners in the league.

The Titans have given up the fourth-fewest fantasy points per target to opposing tight ends this year, while Clay remains in a four-way battle for targets in Buffalo with Clay, Kelvin Benjamin, Andre Holmes, and Zay Jones all seeing even work with Josh Allen under center.