Indianapolis, IN, USA; Wisconsin Badgers running back Jonathan Taylor (23) carries the ball for a touchdown against the Ohio State Buckeyes during the first half in the 2019 Big Ten Championship Game at Lucas Oil Stadium. Mandatory Credit: Aaron Doster-USA TODAY Sports

Fantasy football rookie rankings change a lot during the pre-draft process. Just two weeks ago, we released our pre-Combine rookie fantasy football rankings. That initial list gave us our bearings heading into the Combine, but after the festivities in Indy we now have more data points to incorporate.

While the on-field testing at the Combine doesn’t have a dramatic impact on rankings, we did move some players up and down based on what we saw.

1. Jonathan Taylor, Wisconsin – Cemented himself as the top rookie in this year’s class after an impressive Combine performance.

2. Jerry Jeudy, Alabama – Averaged 17.2 yards per catch and 7.3 yards after catch in his three seasons at Alabama.

4. D'Andre Swift, Georgia – Showed he could create after contact with an average of 3.83 yards after contact per attempt in his college career.

6. Tee Higgins, Clemson – Over the course of his career, he saw an average depth of target of 16.11, which is one of the highest in this year’s class.

7. Clyde Edwards-Helaire, LSU – Disappointing 40 time at the Combine, but forced 84 combined missed tackles and averaged a healthy 3.65 yards after contact per attempt in 2019. 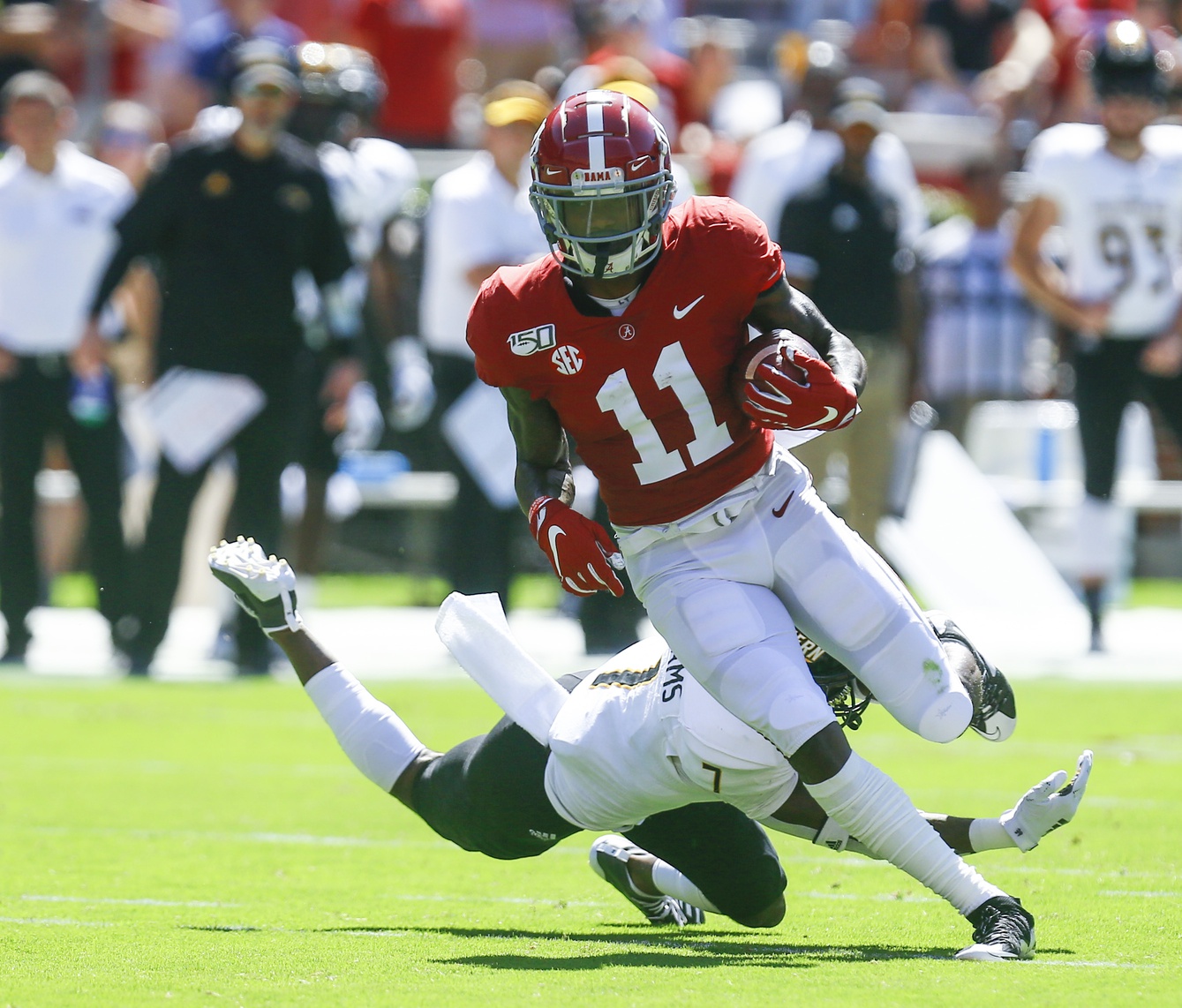 8. Henry Ruggs III, Alabama – Polarizing prospect but has a game tailor made for fantasy production in the NFL.

9. Cam Akers, Florida State – Stock is on the rise after a productive Combine.

12. Laviska Shenault Jr., Colorado – Had a career 3.25 yards per route but  was targeted an average of just 9.5 yards from the line of scrimmage.

13. Jalen Reagor, TCU – Didn’t run as fast as we hoped at the Combine, but showed up absolutely jacked.

14. Joe Burrow, LSU – Burrow’s hand size got negative buzz at the Combine, but that didn’t seem to impact him last year. 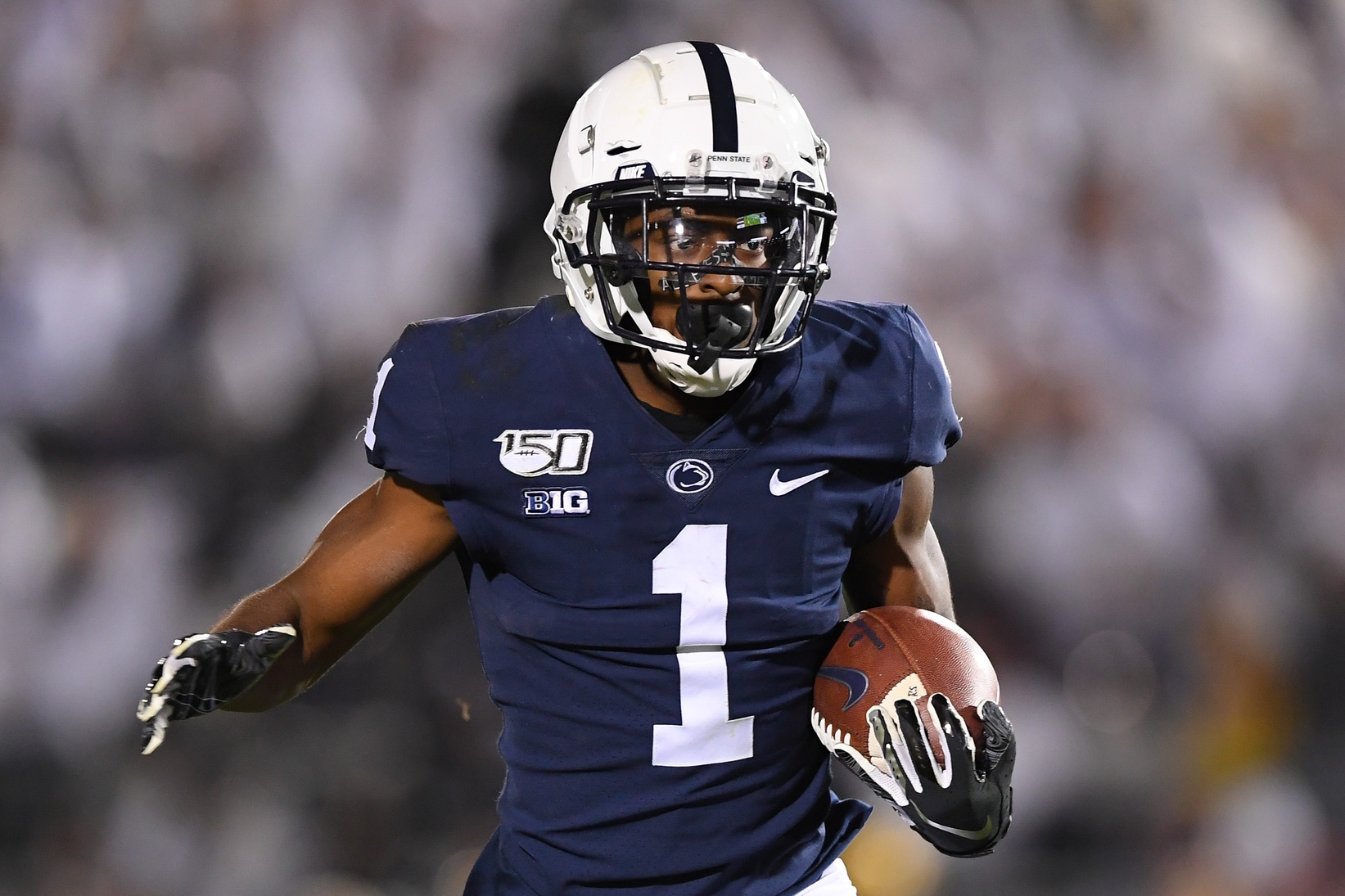 16. KJ Hamler, Penn State – Didn’t run at the Combine, so his pro day results will impact his fantasy stock.

18. Brandon Aiyuk, Arizona State – He saw just 19 deep-ball targets but posted 384 yards on those targets (which ranked 38th in the nation).

19. Bryan Edwards, South Carolina – A four-year starter with 234 receptions in his college career.

23. Hunter Bryant, Washington – Despite the Evan Engram comps, Bryant ran a disappoint 40 at the Combine. 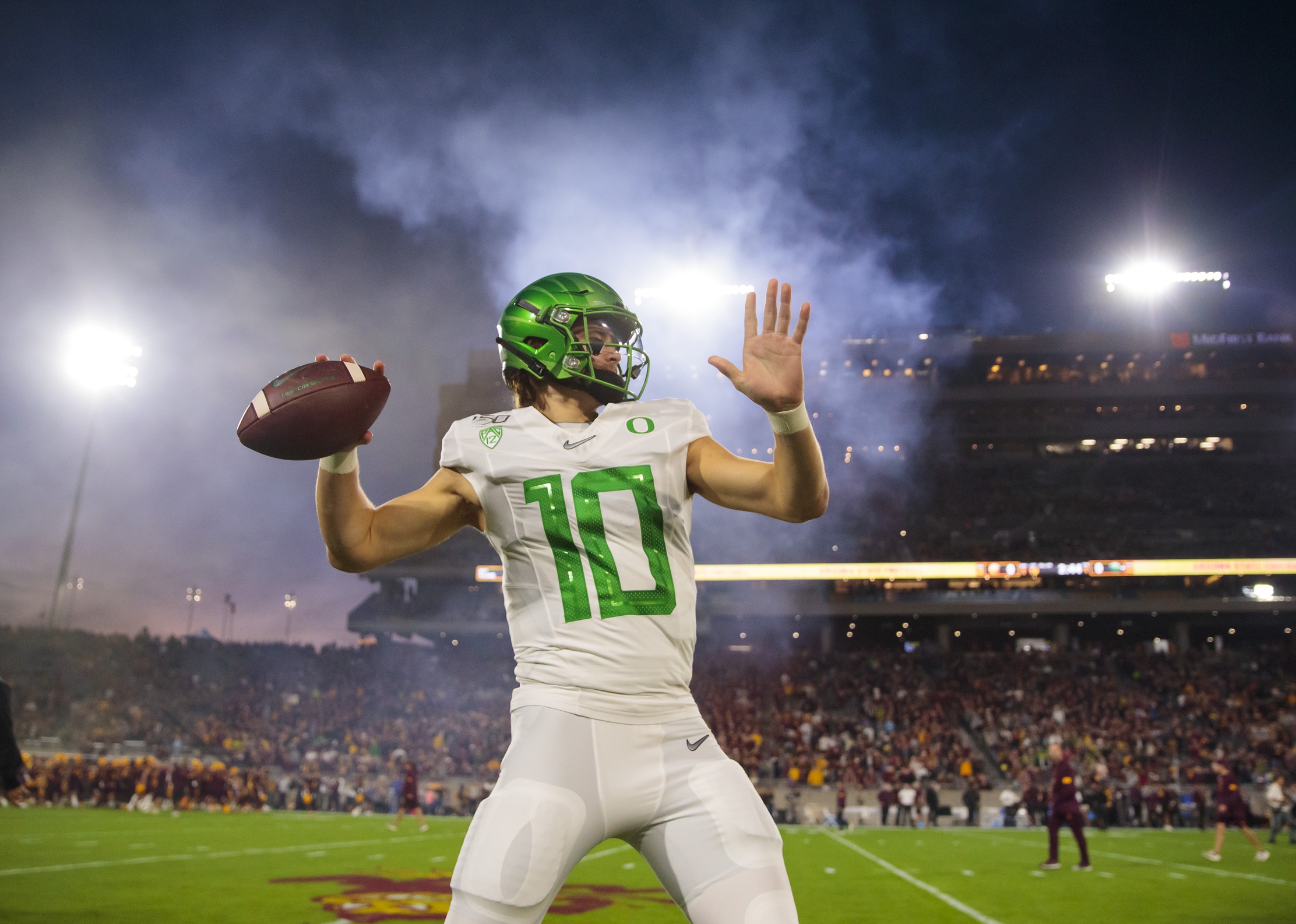 25. Denzel Mims, Baylor – Mims is screaming up the board after an impressive showing at the Combine.

27. Cole Kmet, Notre Dame – He did very little in his first two seasons with the Irish, but Kmet posted a solid 43 catches for 515 yards and six scores in 2019.

28. Harrison Bryant, FAU – He ranked second to Adam Trautman in targets (94) and receptions (65) and led the nation's tight ends in receiving yards with 1,004.

29. Anthony McFarland Jr., Maryland – His numbers took a big hit last year, but don’t read too much into them. He battle a high-ankle sprain during the season.

30. Brycen Hopkins, Purdue – Over his college career, he averaged over 7.0 yards after catch per reception.

31. Jordan Love, Utah State – The 17 picks last season are concerning, but Love is one of the most buzzed about prospects outside of the top names.

32. Eno Benjamin, Arizona State – Was one of the most elusive backs in the nation in 2018 with 99 combined forced missed tackles.

35. Michael Warren II, Cincinnati – Last year, he proved especially elusive with 75 forced missed tackles as a runner to go along with 15 runs of 15-plus yards.

37. Jalen Hurts, Oklahoma – Has the potential to be a Tyrod Taylor-like fantasy option if he’s given the opportunity to start.

38. Jacob Eason, Washington – Flashed a big arm last season, tying for 23rd in the nation in deep ball attempts with 70.

39. Albert Okwuegbunam, Missouri – He led all tight ends at the Combine in the 40-yard dash with an impressive 4.49. 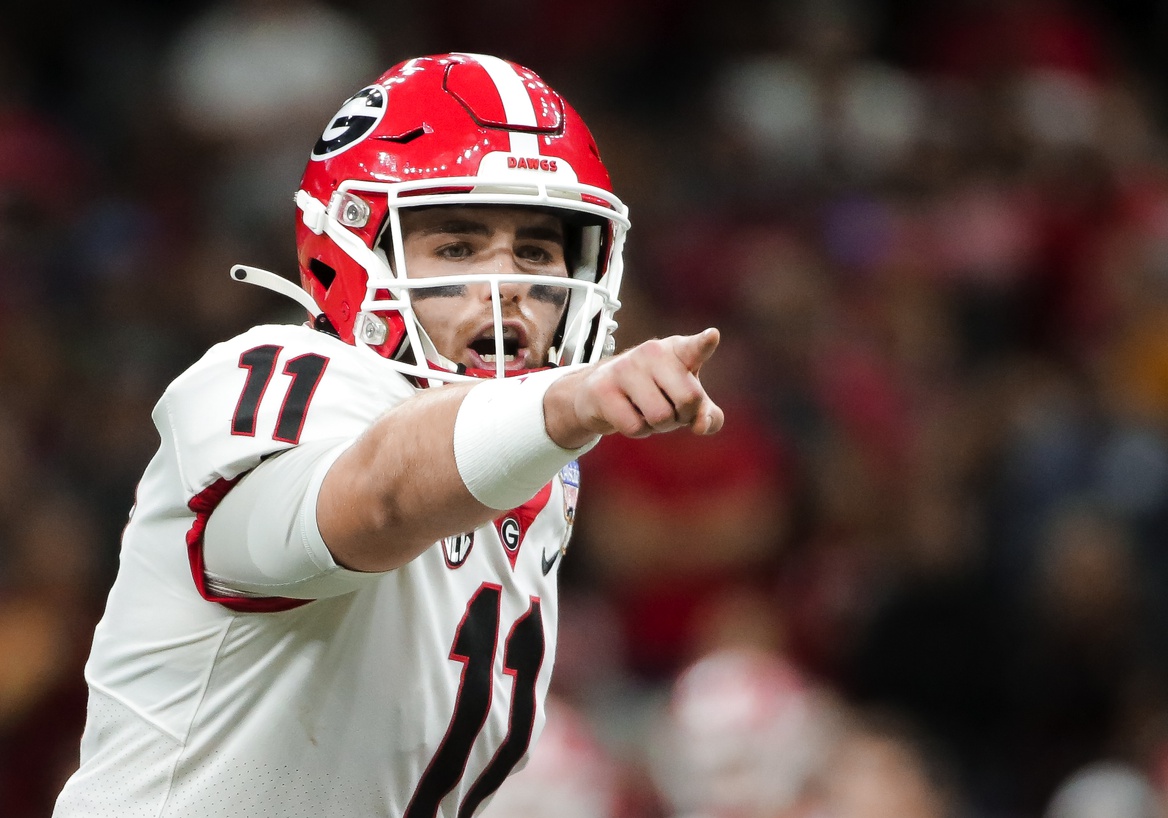 40. Jake Fromm, Georgia – Athletic limitations have Fromm moving down the board for fantasy purposes.

42. Salvon Ahmed, Washington – His 3.47 yards after contact per attempt suggests he can create after contact, but his 57.8 elusive rating is one of the lowest in this year’s class.

43. DeeJay Dallas, Miami – Averaged a solid 5.8 yards per carry and 3.7 yards after contact per attempt over his career.

45. Donovan Peoples-Jones, Michigan – He improved his stock with an impressive Combine that included a massive 44.5-inch vertical jump.

47. Patrick Taylor Jr., Memphis – Isn’t the most elusive back with just 3.00 yards after contact per attempt over the last three seasons.

48. Jared Pinkney, Vanderbilt – His breakout came two years ago in 2018 when he posted 50 catches for 770 yards and seven scores.

50. Cole McDonald, Hawai'i – He threw for over 8,000 yards and 69 passing scores over the last two seasons in the Hawai’i  run-and-shoot offense.

51. Thaddeus Moss, LSU – Don’t expect him to be heavily involved as a receiver at the pro level.

68. James Robinson, Illinois State – Impressed at the Combine. Robinson is a deeper name to know.