In the 2021 NFL season, rookies such as Detroit Lions wide receiver Amon St. Brown were able to produce, despite poor draft capital, after falling into ideal situations for first-year opportunity. In this series of articles, we'll explore that relationship between receiver average draft positions (ADPs) and projections for fantasy football — and what it tells us about the likelihood that a team will upgrade at receiver in the NFL draft.

The implied receiving production for receivers based on their collective ADPs should be roughly equal to the projection of passing output for their quarterback. Assuming the single quarterback projection is more accurate than those for a collection of receivers, large differences in quarterback and receiver projections can mean a couple of different things: Current receivers are misvalued, or there is an underlying assumption that the team will add additional receivers in the draft.

It’s the second of those conclusions we're exploring in this piece, using ADP to find teams with weaker collective receiver projections than those of their quarterback, and thereby identifying which teams have the most opportunity for rookie additions at wide receiver.

Using current best ball ADPs from FFPC, we can derive the implied fantasy points based on the broader relationship between quarterback and receiver ADPs.

Using the September ADP from previous seasons, below is a plot of the historical trend line between quarterback and receiver ADP value, with the 2022 numbers laid on top with the team logos. In short, teams below the trend value have lots of missing receiver value (implying potential opportunity), whereas those above have an abundance of receiver value in ADP (implying a lack of opportunity). 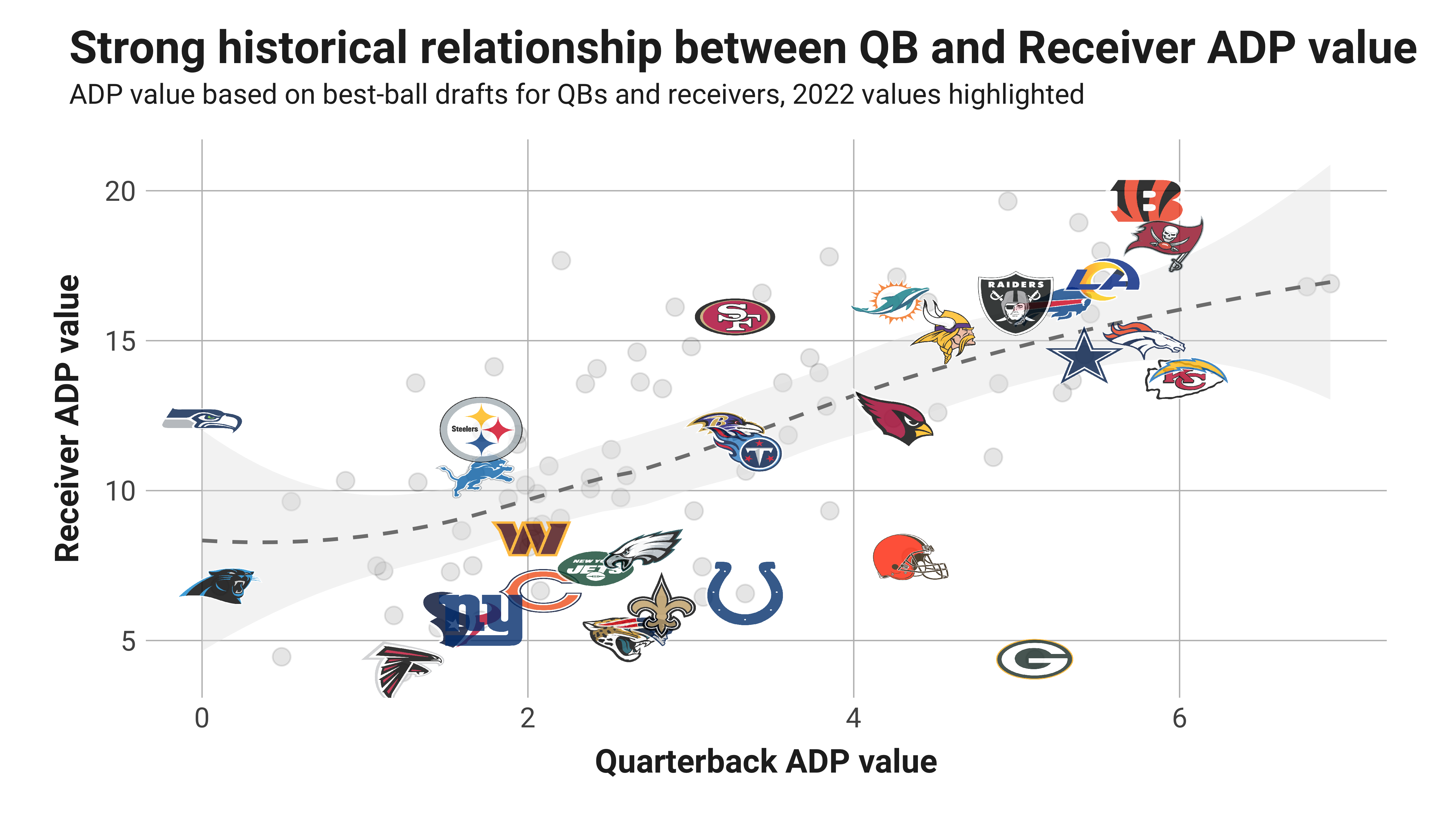 The calculation of the ADP value numbers is a bit opaque at first glance. They were derived by subtracting player ADP from 300 (total draft spots at FFPC) and then using a transformation to give accelerating value to higher picks. The difference in value between an ADP of first overall and 21st is much greater than a similar 20-spot difference later in the draft, so my numbers reflect that decay of value as the draft progresses.

Simply calculating the differences between the team receiver ADP values and the historical trend lines gives us the teams’ opportunity scores for rookie wide receivers in the 2022 NFL Draft.