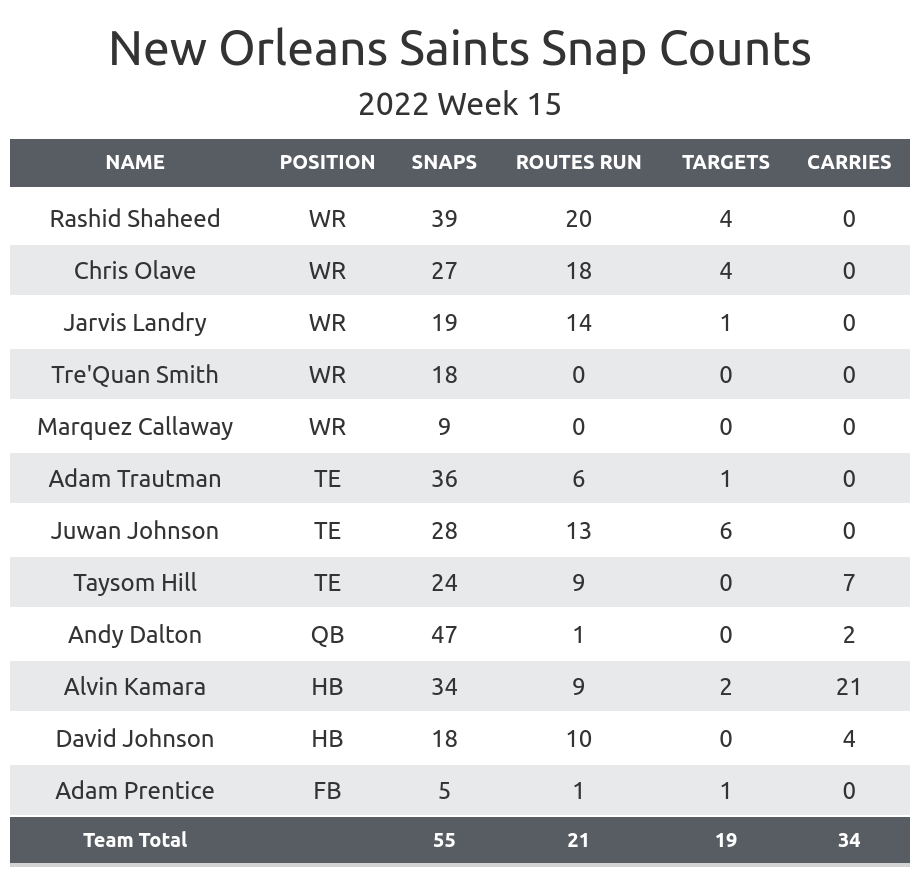 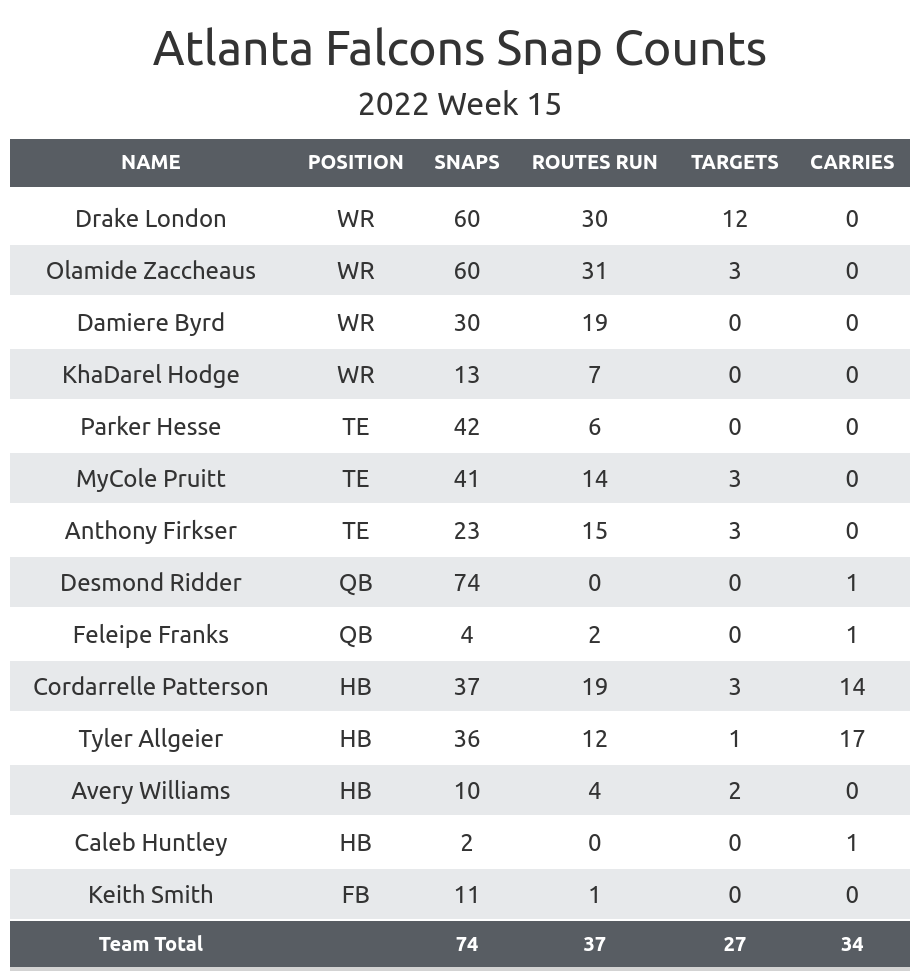 Monitor Caleb Huntley’s health: Huntley suffered an ankle injury and was ruled out by the middle of the first quarter. 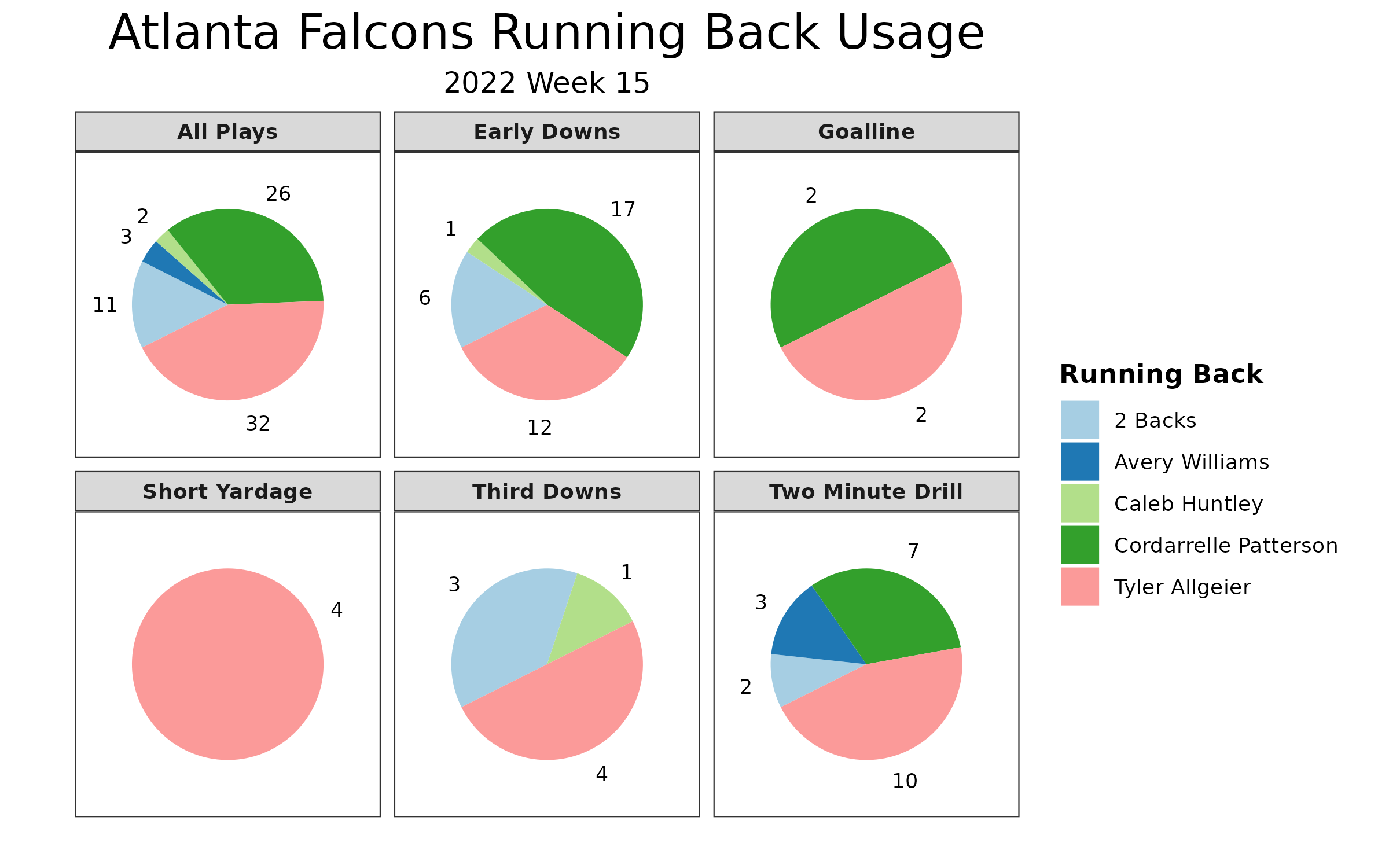 The Saints’ new backup running back: New Orleans signed David Johnson to the active roster earlier in the week, and he and Alvin Kamara were the only active halfbacks. 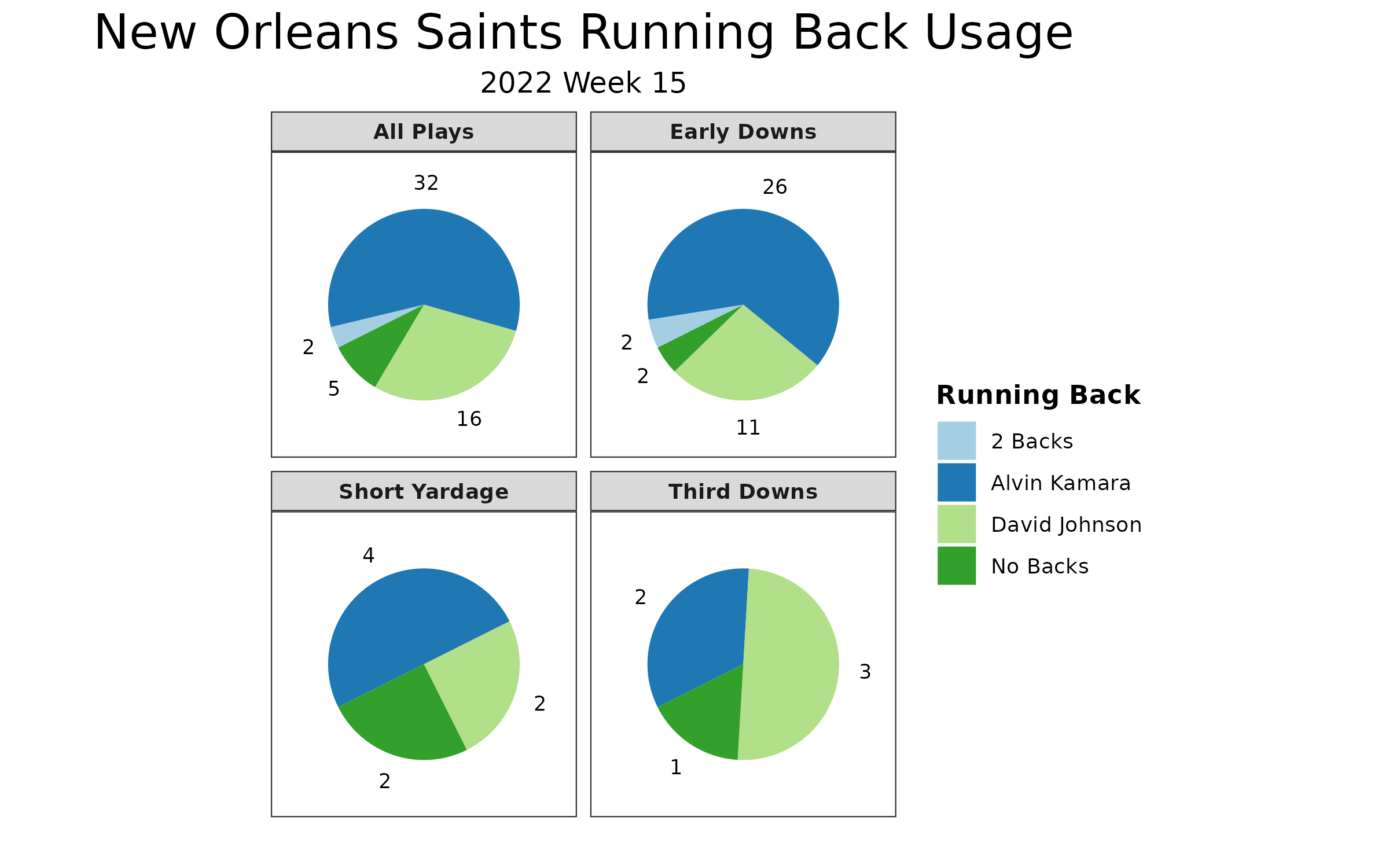 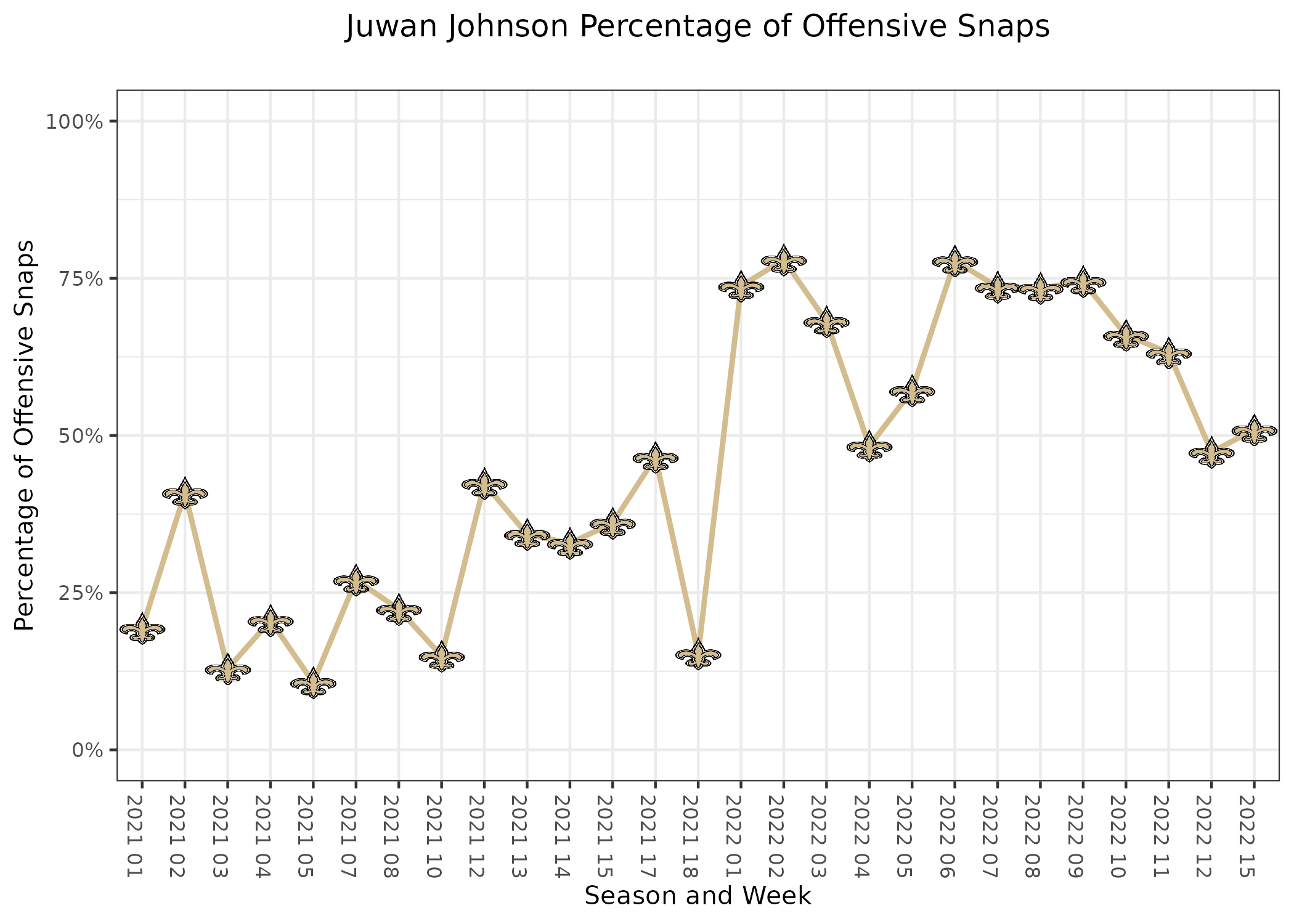 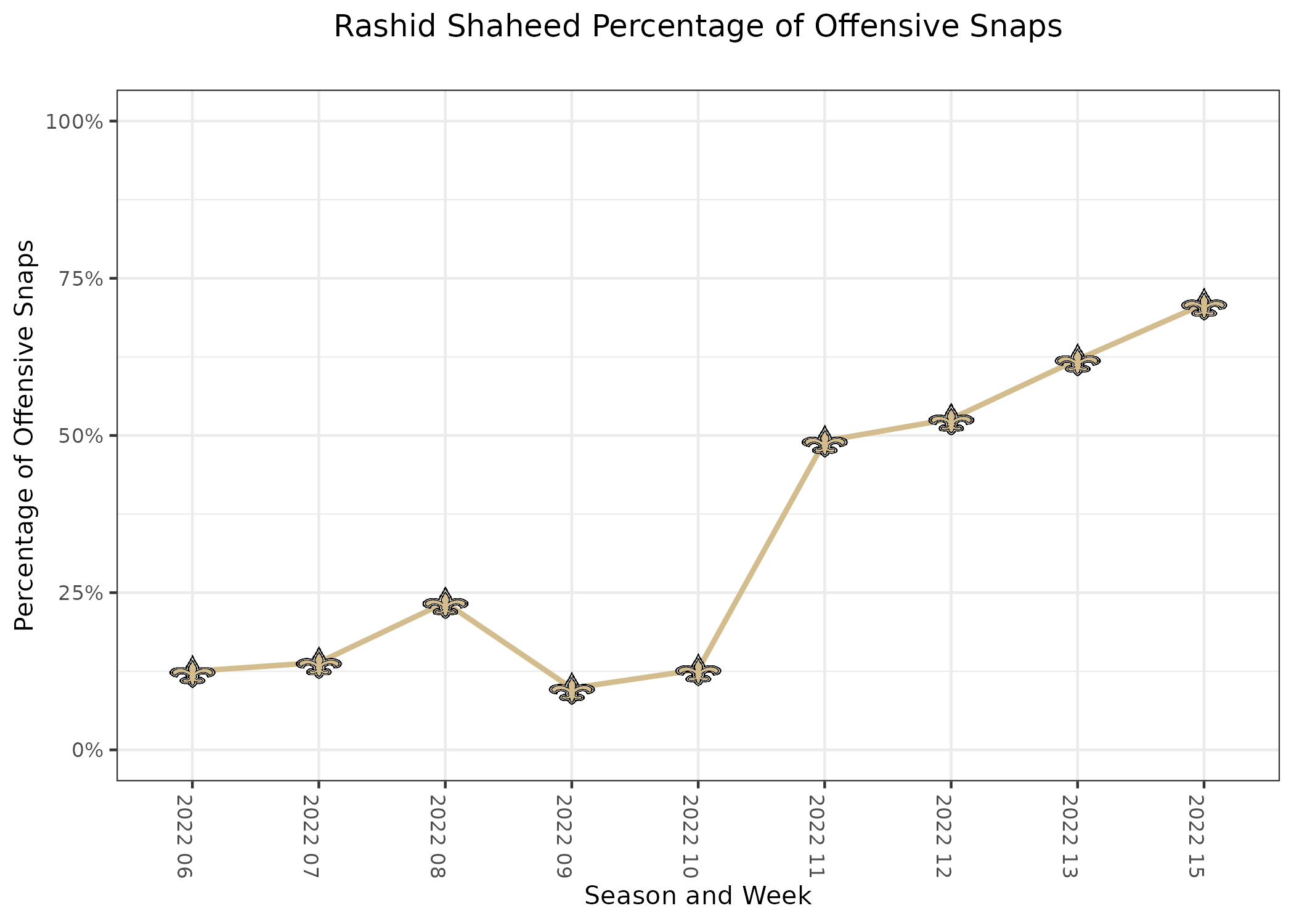