PFF's fantasy team has had their fantasy rankings ready for a while now. We’ve also added fantasy projections, which leverage the modeling capabilities of Eric Eager and our research and development team. This series of articles, which started with quarterbacks, will go through the top fantasy players by best ball ADP at Underdog Fantasy and compare their relative positional value versus our projections. Today, we will focus on the wide receiver position.

Below, I’ve visualized the top wide receivers by current Underdog ADP, contrasting their ranks with PFF projections. Often our projections are in agreement about the valuation of players relative to ADP, identifying players who should be prioritized or faded in drafts. We also find some substantially misvalued players, and the visualization provides an easy way to judge the magnitude of the differences in rankings.

The wide receivers below are listed in order of positional ADP rank, with the blue points representing Underdog ADP and the red points marking the rank by PFF projections. When two or more of the measures fall on the same positional rank, the point's color will represent a mix. The lines between points illustrate the magnitude of the difference between the maximum and minimum ranking for each player. 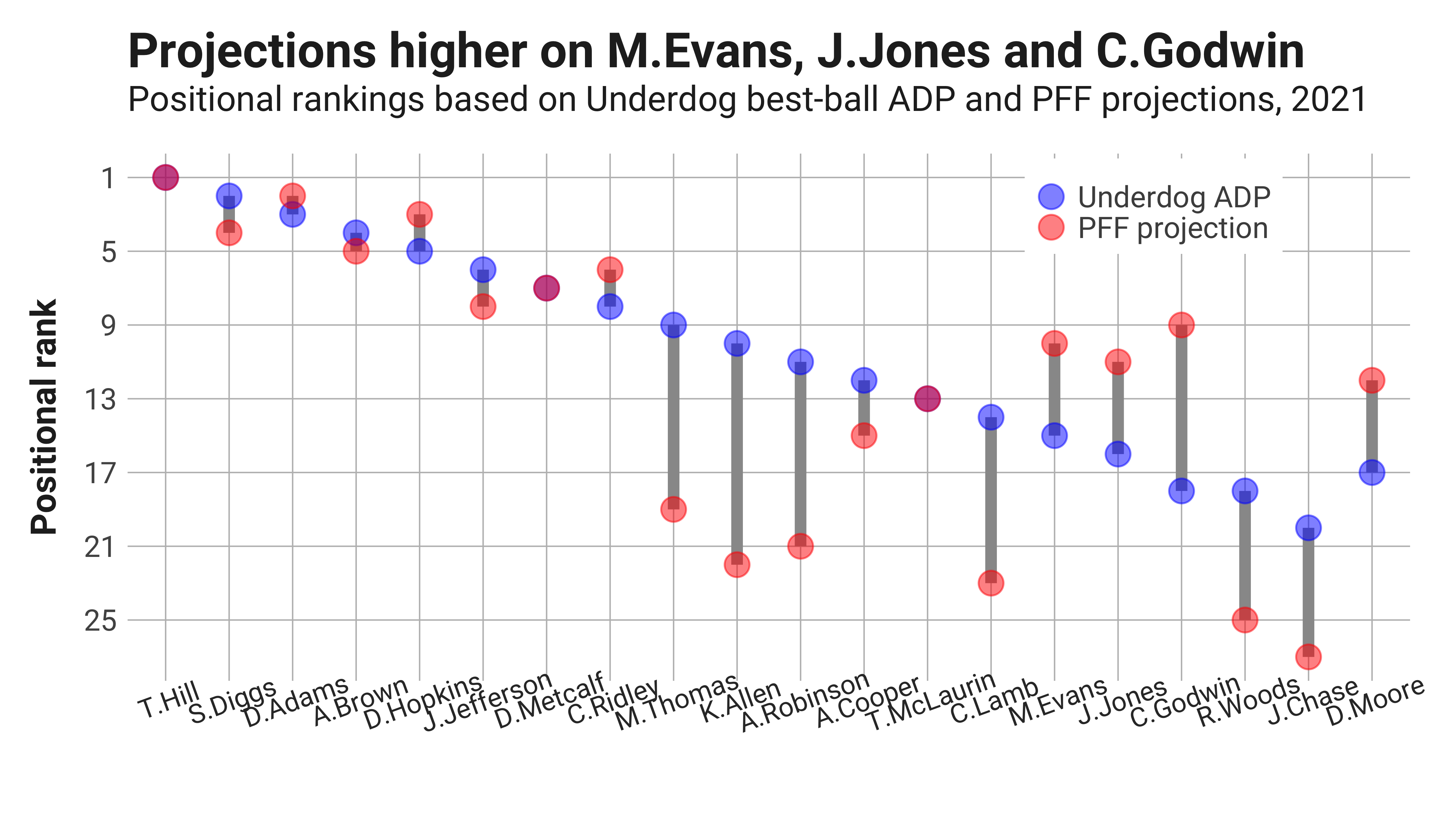 There aren’t big differences between Underdog ADP and PFF’s projections for the top eight receivers. But beyond that, there are some considerable dislocations.

Our projections see Michael Thomas, Keenan Allen and Allen Robinson II closer to WR20 than their current top-10 ADPs. Thomas is facing uncertainty at quarterback, optimism on Allen is tied heavily to rosy assumptions for Justin Herbert and Robinson will likely play a significant portion of his season with rookie quarterback Justin Fields.

Our projections like Mike Evans, Julio Jones and Chris Godwin more than ADP. Evans and Godwin are tied to a strong Tampa Bay Buccaneers passing game that also pushed Tom Brady up in our projections. Jones missed time last season but was still highly efficient when he suited up.