It’s Wednesday and that means it’s time to start making your start and sit decisions for your fantasy football lineups. One of the best resources to help you is our flex fantasy football rankings for Week 15 of the NFL season. Remember that rankings change throughout the week, so be sure to check our staff rankings for updates.

1. Todd Gurley, LAR vs PHI (RB1) — Gurley got the bad game out of his system and will rebound in a big way against the Eagles. 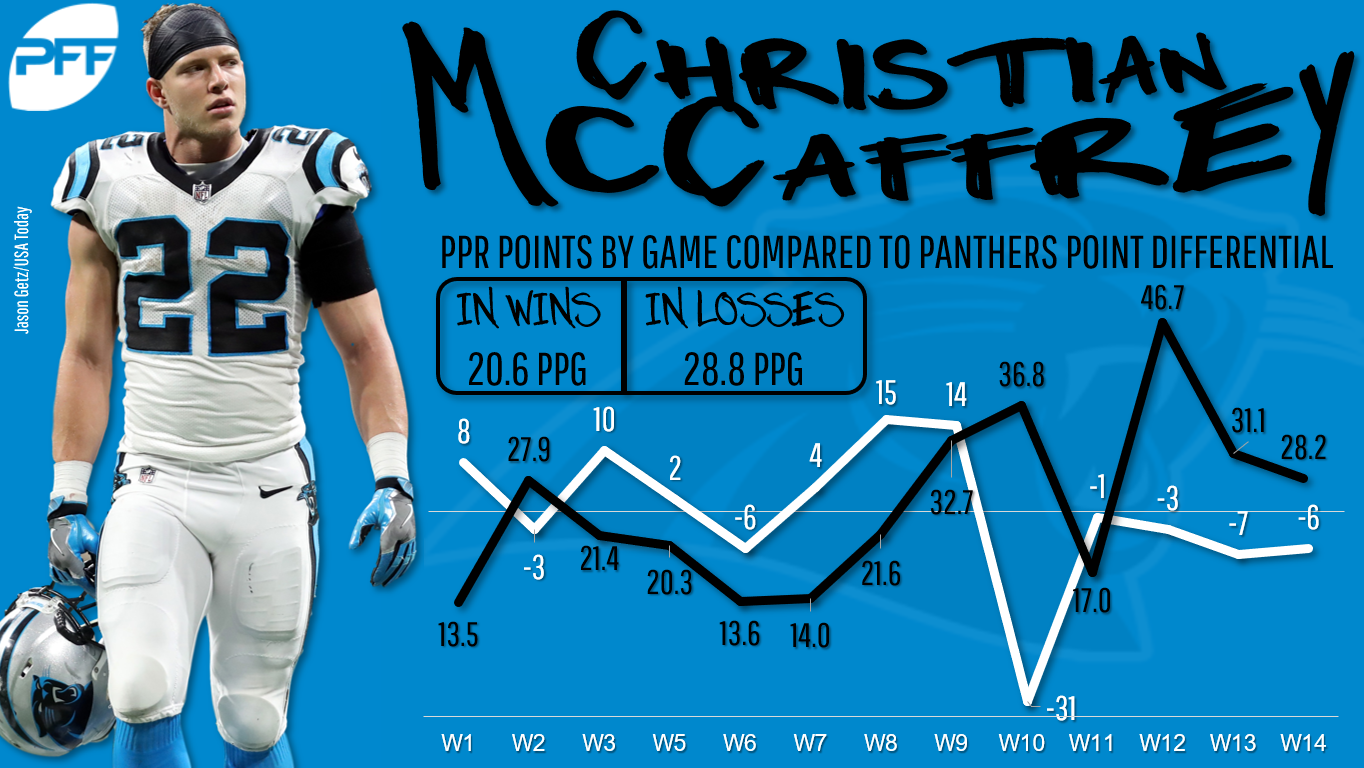 3. Christian McCaffrey, CAR vs NO (RB3) — The scoring streak continued for McCaffrey last week, but keep in mind that the Saints are very good against the run.

5. Alvin Kamara, NO @ CAR (RB5) — He isn't the Kamara we saw in September, but he's still one of the highest-upside plays at running back.

6. Michael Thomas, NO @ CAR (WR1) — Thomas is coming off a double-digit-catch outing and gets a fantastic matchup.

8. Antonio Brown, PIT vs NE (WR3) — Expect a shadow for Brown from Stephon Gilmore, but that isn't enough to downgrade him this week.

9. Phillip Lindsay, DEN vs CLE (RB6) — What a season for Lindsay. He continues to roll in a plus matchup against the Browns.

11. Julio Jones, ATL vs ARI (WR5) — Patrick Peterson looms, but Jones is a must-start regardless.

12. Joe Mixon, CIN vs OAK (RB7) — Mixon got it done last week and continues to roll at home against the Raiders.

13. Davante Adams, GB @ CHI (WR6) — There's no denying that this is a tough matchup, but Adams should never leave your starting lineup.

15. Adam Thielen, MIN vs MIA (WR7) — He's cooled off a bit after that electric first half of the season, but Thielen is still a rock-solid WR1.

16. David Johnson, ARI @ ATL (RB9) — Johnson gets a plus matchup and should see plenty of touches.

19. Leonard Fournette, JAC vs WAS (RB10) — Expect the Jags to feed Fournette this week.

22. Robert Woods, LAR vs PHI (WR11) — Look for Woods and the Rams passing game to rebound this week against a weak Philly secondary.

23. Brandin Cooks, LAR vs PHI (WR12) — Cooks will benefit from this matchup and get off the schneid.

25. Dalvin Cook, MIN vs MIA (RB12) — Cook is finally starting to look like the player you thought he was going to be when you drafted him a little over three months ago.

27. Lamar Miller, HOU @ NYJ (RB13) — Miller should get a favorable gamescript in this one.

28. Chris Carson, SEA @ SF (RB14) — The Seahawks are running the heck out of the football, which is a good thing for Carson.

29. Stefon Diggs, MIN vs MIA (WR14) — Diggs is more of a boom-or-bust option than Adam Thielen, but he's still a fringe WR1 option. 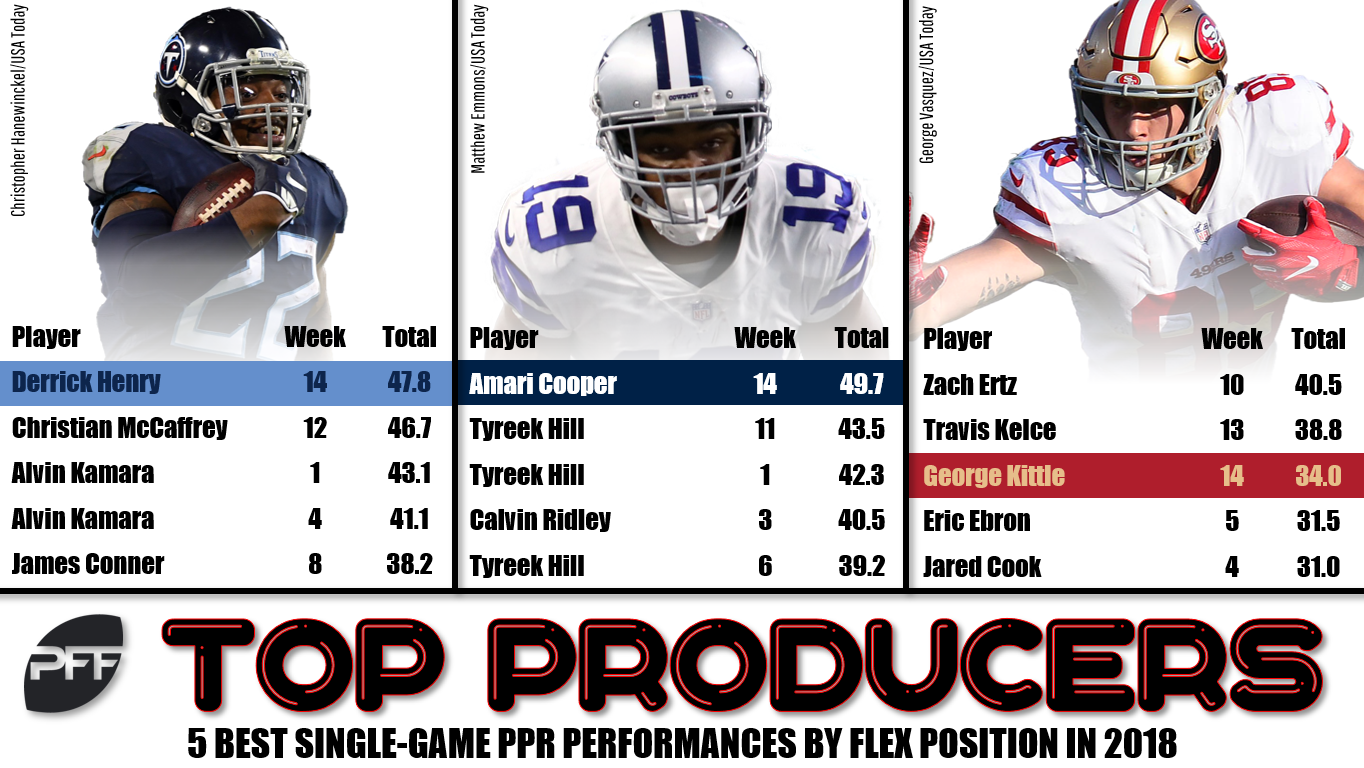 51. Jeff Wilson, SF vs SEA (RB24) — Matt Breida will likely be out again, which keeps Wilson in the RB2 conversation.

68. Dante Pettis, SF vs SEA (WR29) — His fantasy arrow is pointing up after scoring in back-to-back weeks. 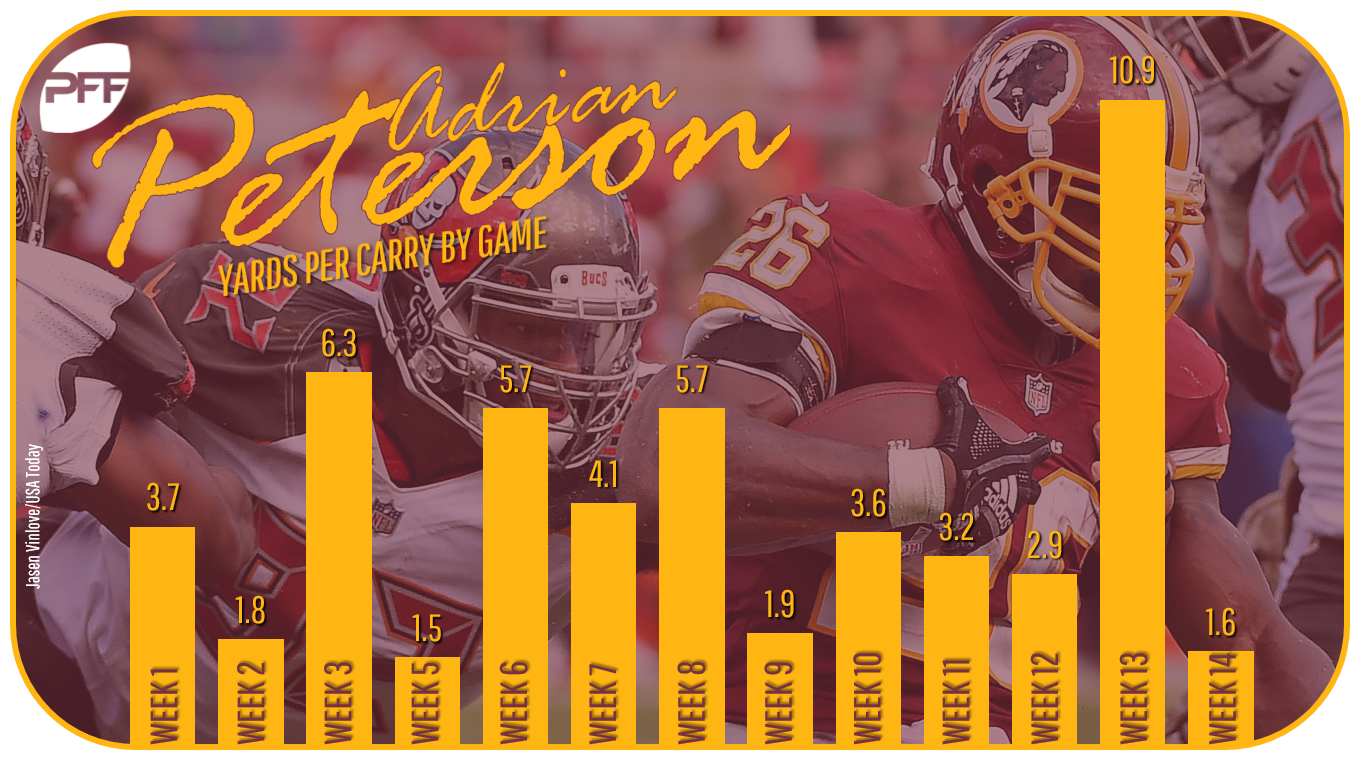 77. Adrian Peterson, WAS @ JAC (RB36) — It's tough to endorse a running back who is north of 30 facing the Jags in the fantasy playoffs. 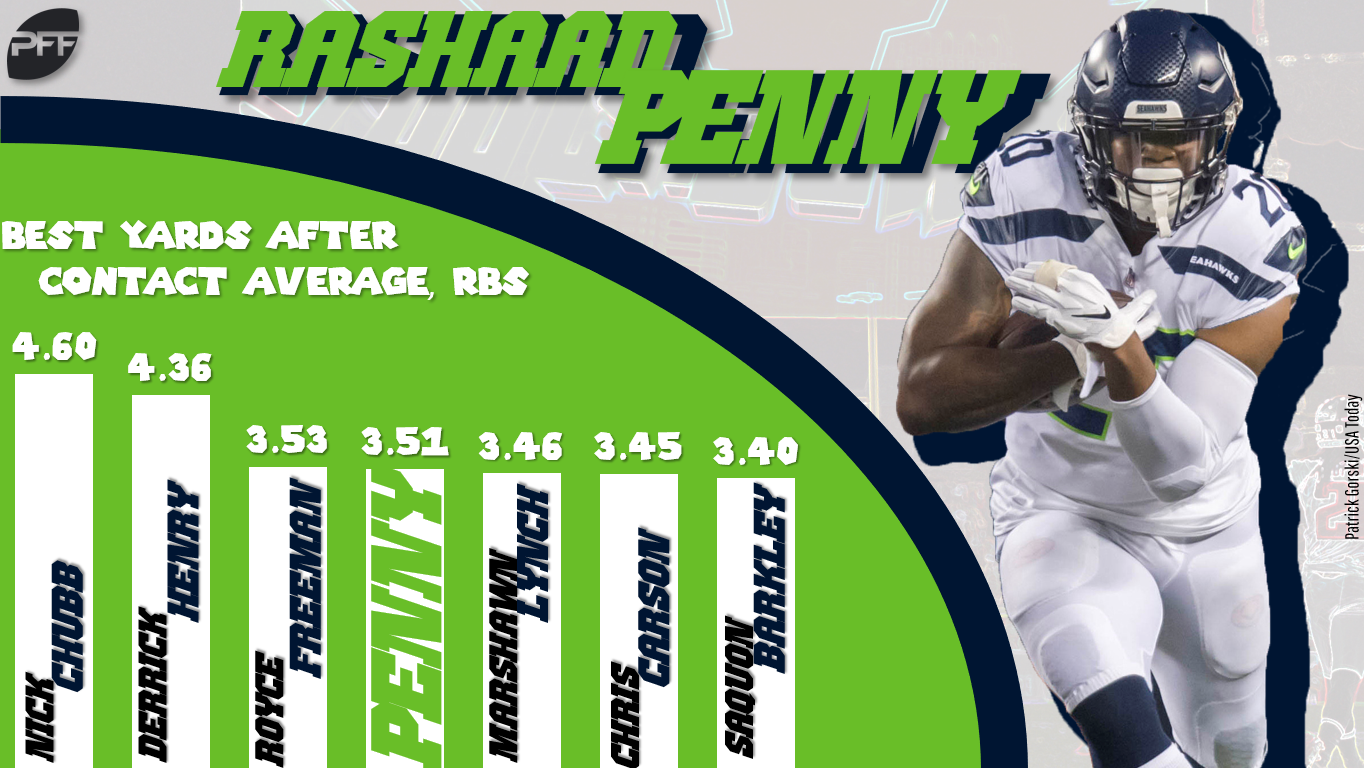 113. Randall Cobb, GB @ CHI (WR56) — Cobb is trending up after finally getting healthy and finding the end zone last week. 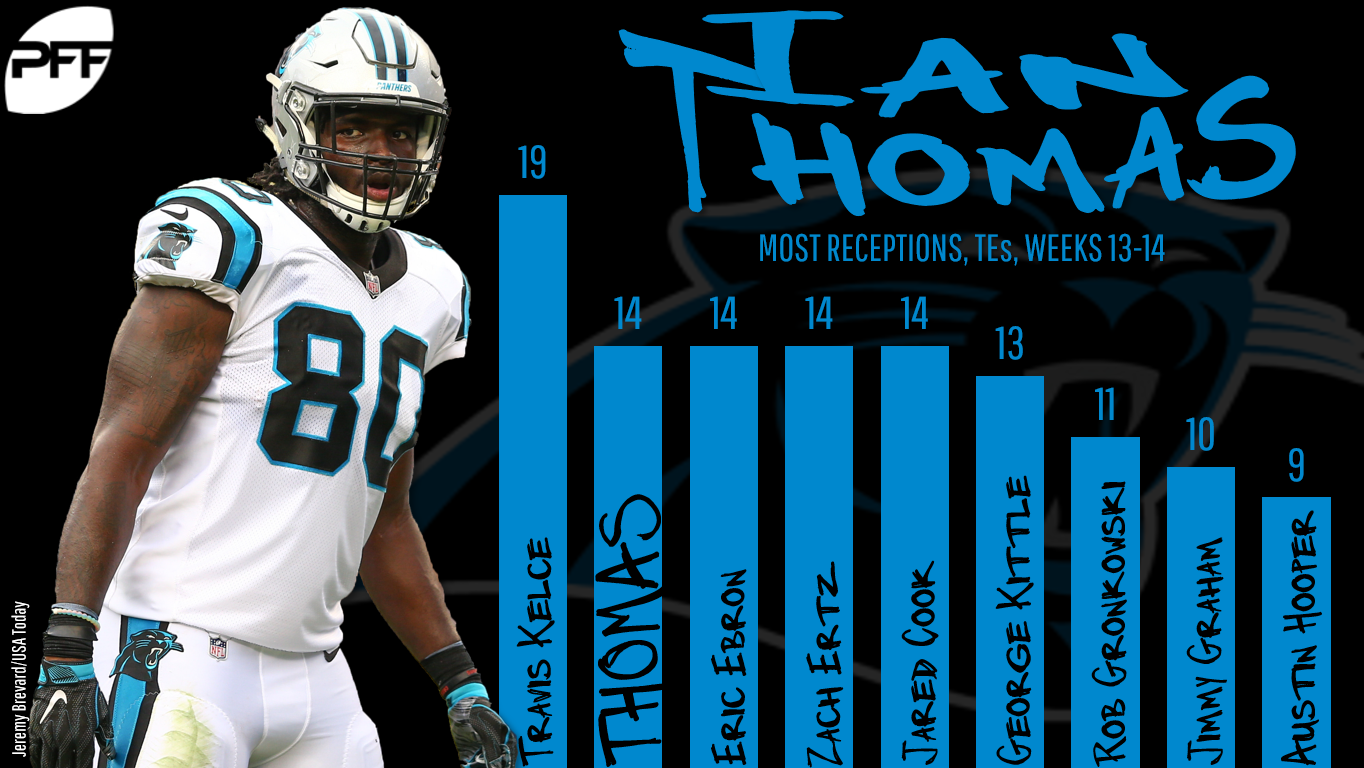 121. Jamison Crowder, WAS @ JAC (WR62) — Crowder scored a garbage-time touchdown last week, but he isn't in play against the Jags this week.

(READ MORE: Pat Thorman looks at the likely speeds of the Week 15 games. And Scott Barrett looks at what the players are doing with their opportunity.)