Hello, and welcome to Week 14 of the Expected Fantasy Points Report. If you’re unfamiliar with expected fantasy points, you can read this in-depth explanation from the offseason. You can also read more about expected touchdowns.

Through 13 weeks of action, here are the top-25 players in expected fantasy points per game: 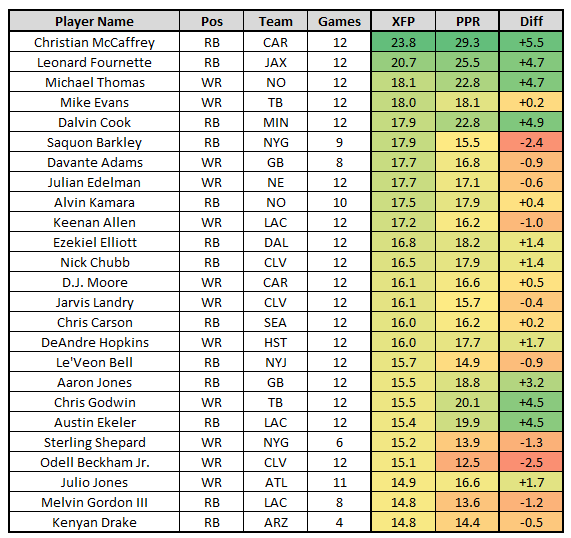 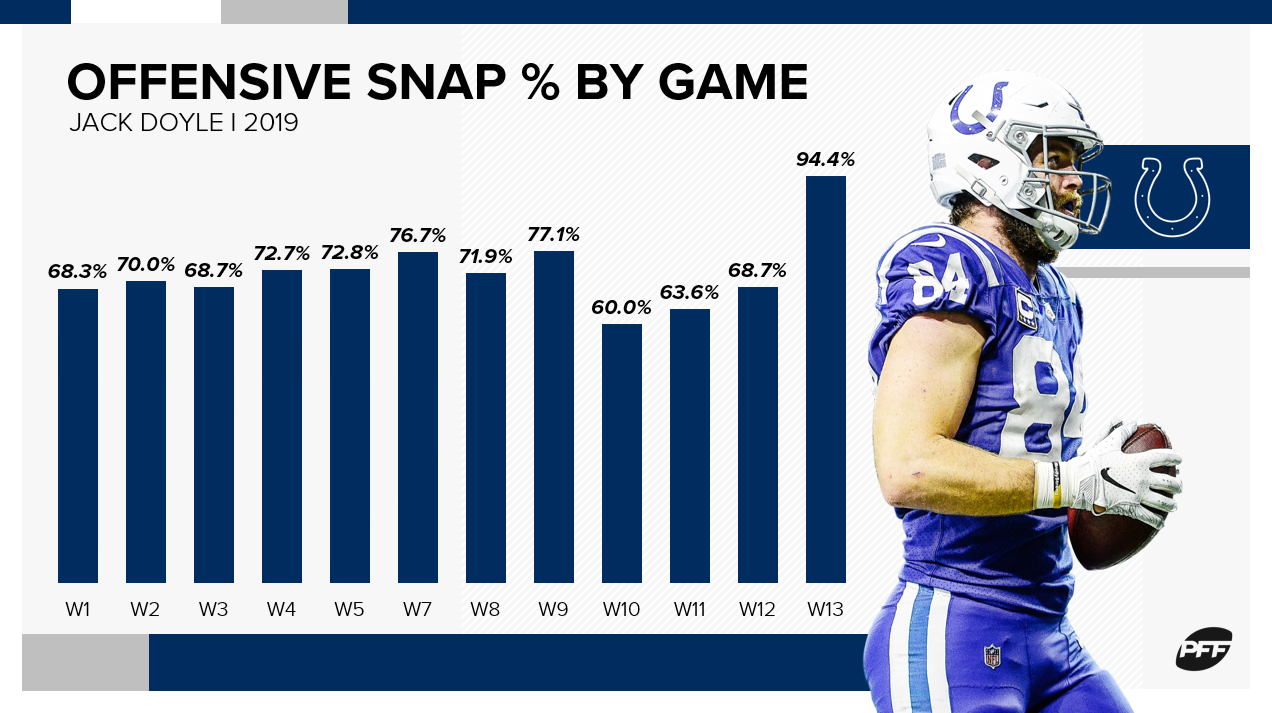 Indeed, in Week 13 Doyle exceeded even my lofty expectations, playing on 94% of the snaps and recording 23.9 XFP. Not only did this lead the position in Week 13, but it was the third-most by any tight end this season. Doyle was productive on this good volume, scoring 19.3 fantasy points, and Doyle has always been productive on good volume. In an Ebron-less world, Doyle needs to be viewed as a top-six tight end.