Hello, and welcome to Week 12 of the Expected Fantasy Points Report. If you’re unfamiliar with expected fantasy points, you can read this in-depth explanation from the offseason. You can also read more about expected touchdowns.

Through 11 weeks of action, here are the top-25 players in expected fantasy points per game: 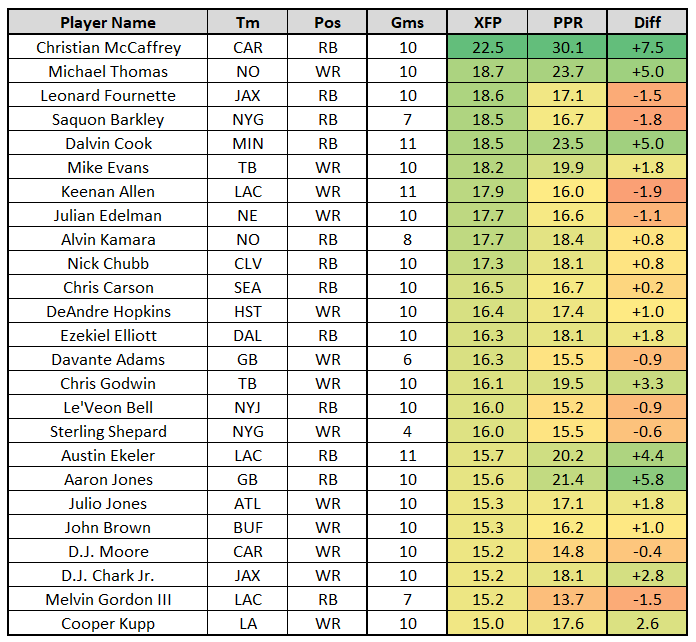 Earlier in the season we questioned whether Chark could keep up his WR1 pace. Not only was his hot start to the season entirely unexpected, but he was also a little too overly efficient, producing like a WR1 on WR3 volume. Then, he started to see better and more consistent volume. Heading into Week 11, Chark was questioned again – would he continue to be as productive with Nick Foles as he was with Gardner Minshew?