We are back at it for Week 13 with our values and bargain plays for DFS. This is one of my favorite four-day stretches on the football calendar and those of us off today have extra time to prep for the main slate on Sunday. Thanks to Thanksgiving, we again just have 11 games on the main slate this weekend. However, this marks the last limited Sunday off this DFS season.

First, let’s look at the hits and misses from last weekend. Starting with the good, we hit on Jameis Winston, Le’Veon Bell, Jarvis Landry, Cole Beasley, DeVante Parker, and Jared Cook. Now, for the misses — Derek Carr, Jaylen Samuels, James White, D.K. Metcalf, Luke Stocker, and the Raiders defense. I’m calling Marvin Jones and D.J. Chark pushes as they are both in WR3 territory. All-in-all, not a bad week, but as always, we’re pushing to get better. Let’s look at Week 13. 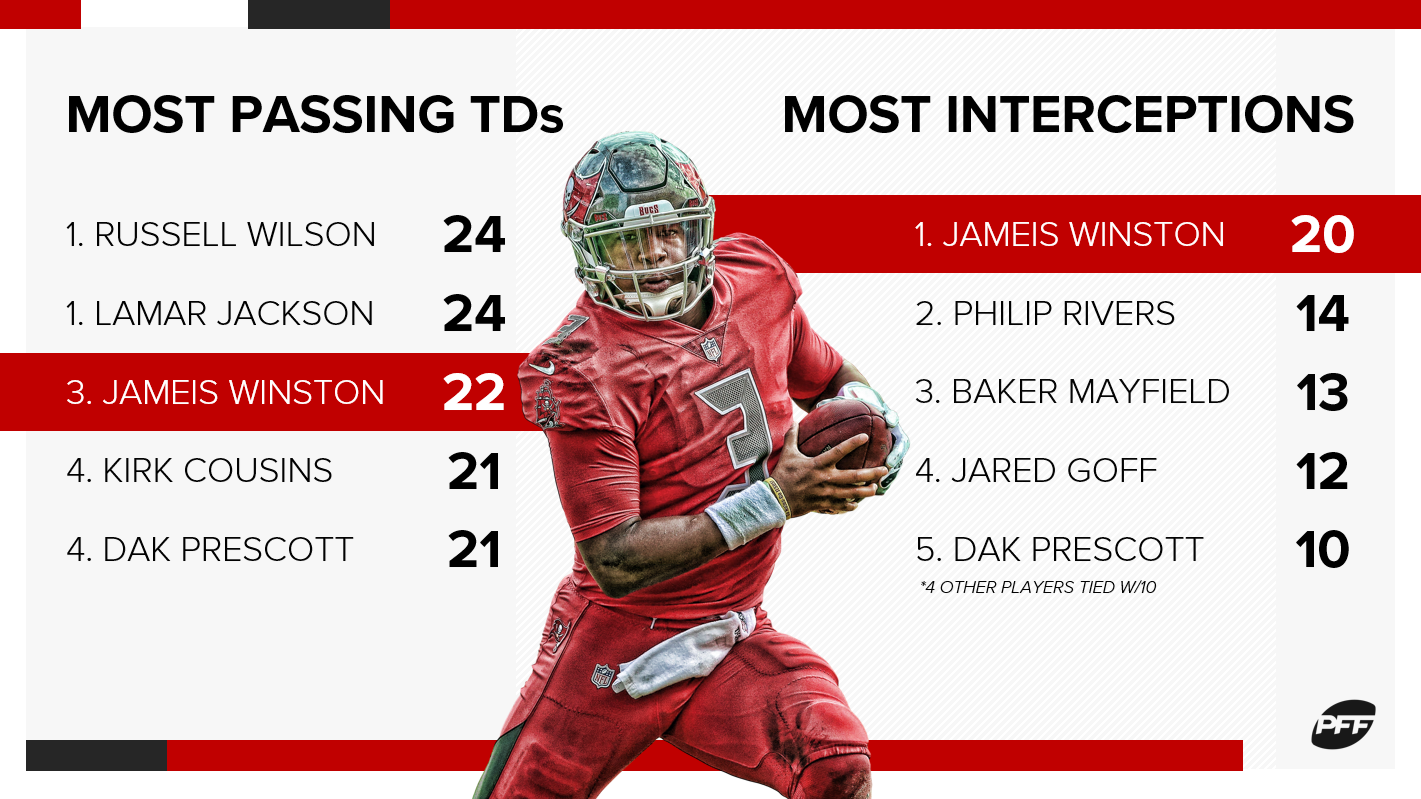 Winston has been the sixth-best fantasy QB over the past four weeks. With a real chance to lead the league in touchdowns and interceptions, Winston is finding a way to do enough positive to outweigh the negative. This weekend he faces the 26th-graded coverage unit so it’s safe to count on another positive fantasy performance.

Tannehill has averaged 23.18 fantasy points per game over the last five weeks and looks to extend that this weekend against the 12th-highest-graded coverage unit. Over the past two weeks, he has passed for 440 yards and four touchdowns with zero interceptions. These two performances earned him passing grades of 83.6 and 86.7. Tannehill has a tough matchup, but he is available at a very budget-friendly price.