Who are the best fantasy football plays for building an optimal DFS lineup in Week 7 of the 2018 NFL season? As we do every Saturday, this piece brings you the DFS locks of the week. 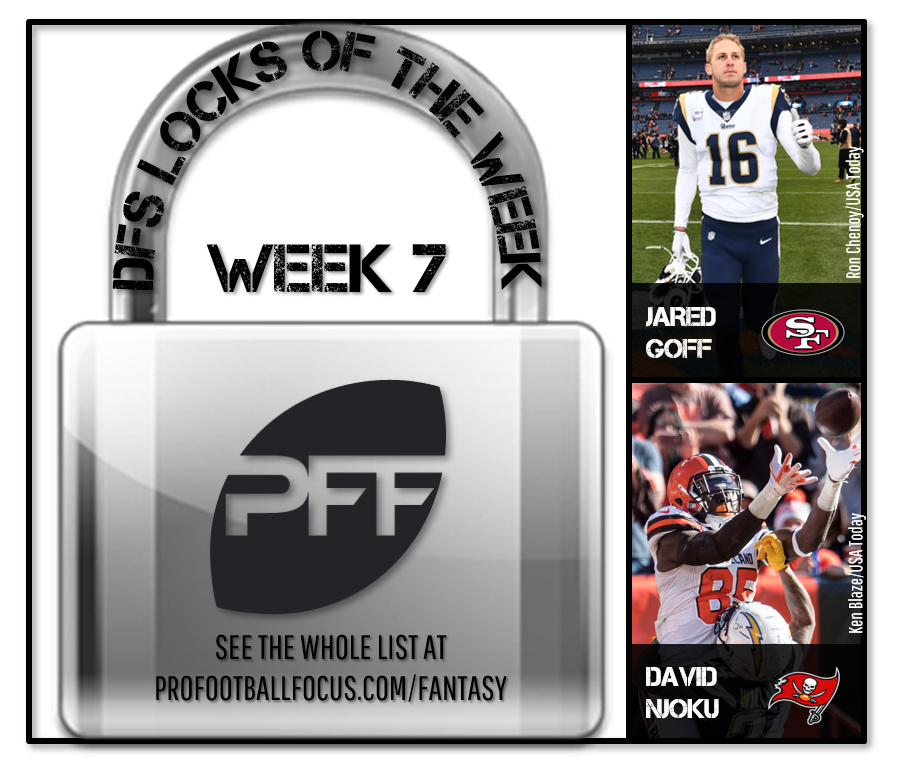 Goff should slice a 49ers defense giving up an average of 291 passing yards and 2.3 touchdowns per game to opposing quarterbacks. The Rams also have an implied team total over 30 as 9.5-point favorites in a game with a high (52 points) over/under.

Wentz is just a little too cheap across DFS sites ($6,000 DK; $7,600 FD) as 4.5-point home favorites against a Panthers defense giving up over 275 passing yards and two touchdowns per game to opposing quarterbacks over the last month.

Mayfield, a cheaper quarterback option, will be locked in against a Buccaneers defense giving up 367 passing yards per game (!) and over three touchdowns per game (!) to opposing quarterbacks.

You know Gurley is good, but he really is worth the high price tag this week against a 49ers defense that has given up the fifth-most fantasy points to opposing running backs (among defenses on this week’s main slate for DFS).

It’s a weird week at the running back position, and even though it looks like Elliott isn’t in a “smash” spot because the Redskins overall numbers against running backs are middle-of-the-pack — it’s a much better spot than people realize. Washington hasn’t really been tested on the ground (a league-low 82 rushing attempts against), but they have given up the sixth-most fantasy points per touch to opposing running backs this year. 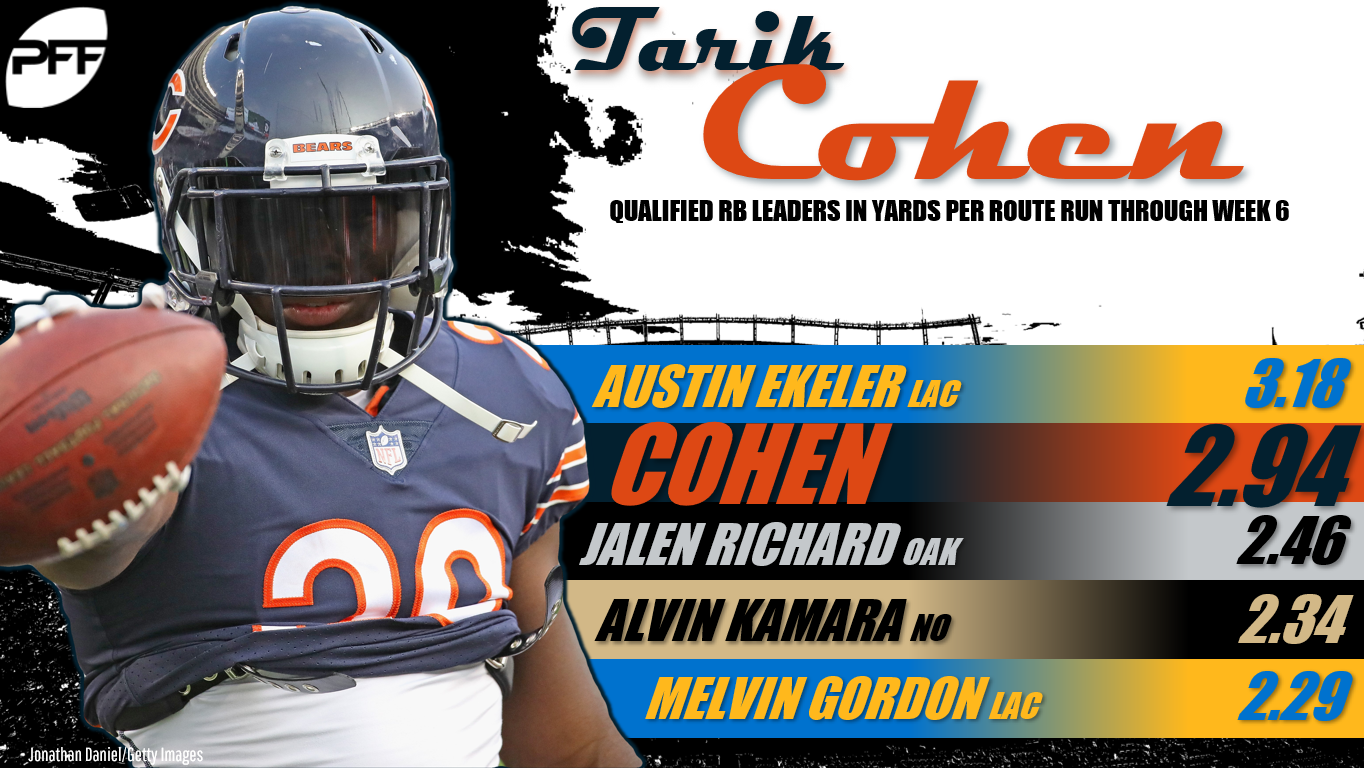 As 3-point underdogs in a game with a healthy over/under (49) against the Patriots, this should be a positive gamescript game for Cohen with plenty of scoring chances. The Patriots have given up the sixth-most receiving yards to opposing running backs this year.

Not only is Barber super cheap, but he’s also in a good spot, as the Browns are just one of six teams to allow more than one score on the ground per game to running backs so far this season — per Jeff Ratcliffe’s Week 7 fantasy football focus piece.

According to the individual WR/CB matchup chart, Landry has the sixth-best matchup of the week against Tampa Bay’s M.J. Stewart, who is giving up 0.67 fantasy points per route covered so far this season — most in the NFL (among this week’s starting corners).

With eight targets in every game since his return — and three touchdowns in as many games — Jeffery provides both a stable floor and a high ceiling. He’ll receive shadow coverage from Carolina’s James Bradberry, who is targeted on 23% of his routes in coverage ± seventh-most among this week’s starting corners.

Snead is a value who should produce in Week 7 against Saints backup-now-starter P.J. Williams, who is our worst-graded corner among those who have covered at least 50 pass routes this year. Baltimore’s offense is also expected to produce over 26 points this week, well above their Weeks 2-6 average of 21 points per game. Oh, and #RevengeGame.

Ertz has double-digit targets in all but one game this year (he had 9 last week) and this week draws a Panthers defense that has given up the sixth-most fantasy points to opposing tight ends so far this year. He’s the surest thing at the position this week.

Njoku has the best individual tight end matchup of the week (by far) and it’s easy to love him against a Buccaneers defense that has given up a laughable 97 yards per game to opposing tight ends this year. Njoku’s target totals have also steadily climbed since Mayfield took over: 2-7-10-12.

Howard has more than twice as many targets and three times as many yards as teammate Cameron Brate so far this year, and even in last week’s return from injury, Howard paced Brate in routes run, targets, receptions, yards, and they both scored a touchdown. Howard is too cheap given his role in this high-scoring offense.