Fantasy football busts: Running backs who could fall based on ADP 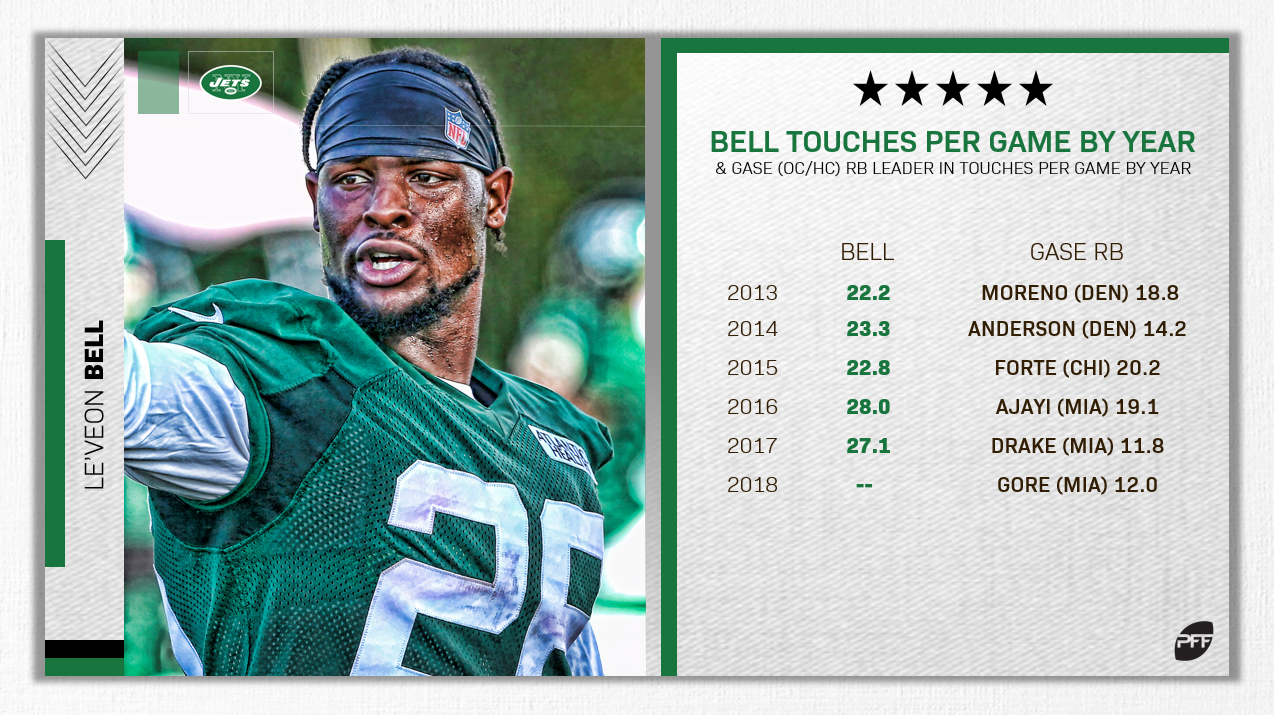 Bell has the potential not only to be the overall RB1 in 2019, but to run away with the crown (so to speak) if everything breaks his way with the Jets. Unfortunately, there is already reason to think that won’t happen, not with Adam Gase as his head coach and considering what Gase has already said about limiting Bell’s usage this season. The Jets backfield includes Bilal Powell, Ty Montgomery, and Elijah McGuire, and the chances Bell gets the kind of workload we got used to from him in Pittsburgh are slim. Add in a year of rust and the fact that he still has as many touches as any back in his career and, while he’s being drafted at a reasonable spot, he carries some serious risk.

Gordon’s risks are clear. If we’re entering a Le’Veon Bell situation, his floor is zero points. But even if he sees the field, the presence of Austin Ekeler and Gordon’s injury risk give him a lower floor than some of the other backs going in his range.

Williams’ ceiling is exceptional in the powerhouse Kansas City offense, as we saw down the stretch of 2018. And you’re probably better off betting on his ceiling than his floor. But this is also a back who had 3.4 touches per game in his career before Week 15 of 2018, and he wasn’t exactly a monster in his limited work. Williams is probably going to be fine. But no one can say they’d be shocked if Carlos Hyde or Darwin Thompson is the Chiefs’ RB1 in Week 6.

Even before his 2018 season that was essentially a total loss to injury, Freeman’s fantasy ceiling was dropping. His 2017 season featured about one-third fewer PPR points per game than his RB1 2015 and six fewer touches per game. Reports out of Atlanta say rookie fifth-rounder Qadree Ollison could soak up some of the short-yardage work, and Ito Smith will catch passes, which could limit some of Freeman’s best opportunities for fantasy points. The 27-year-old should still be a fine RB2 or similar, but his floor is lower now.

Henry finished the 2018 season better than his current ADP, as the PPR RB16, but you don’t have to look very far back to him being more disappointing than that. You only have to look … to Week 13, with four weeks left in the year, when Henry was the No. 39 running back and had only 474 rushing yards on the season. Yes, his insane last month counts too, and the Titans have expressed every intention of being run-heavy in 2019, but Henry’s track record as a surefire No. 1 running back is barely longer than mine. 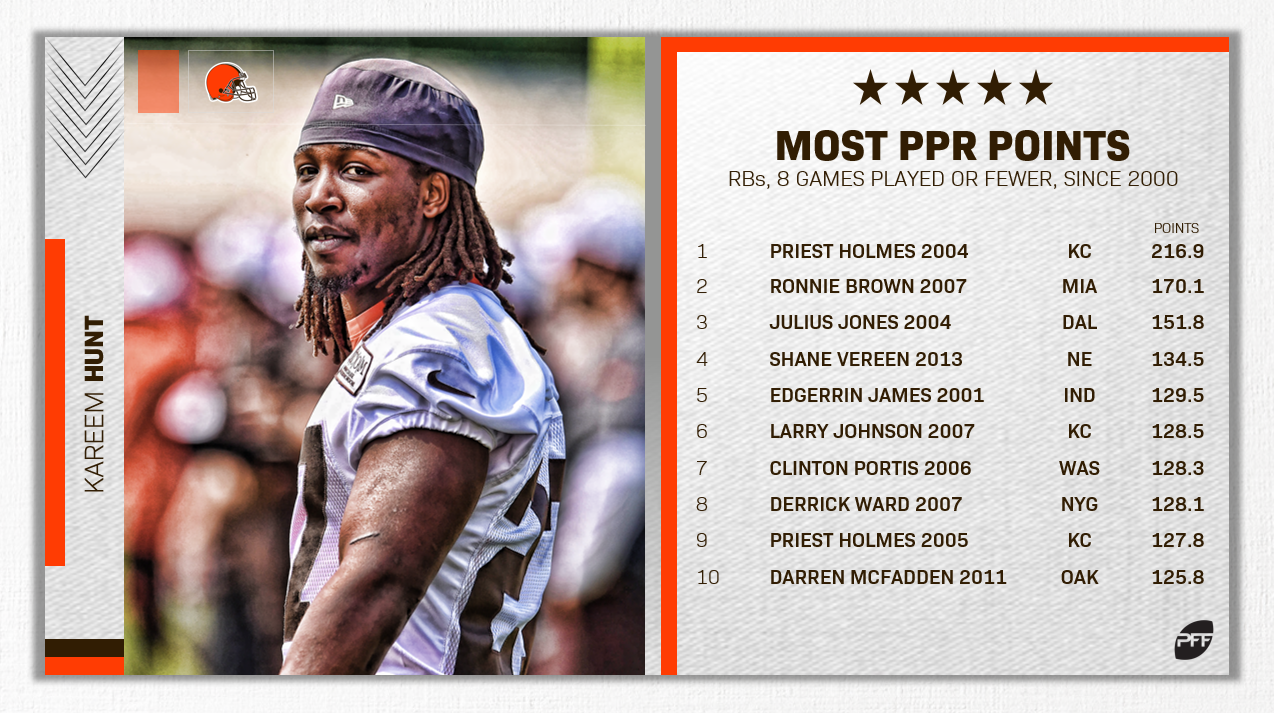 No player’s draft stock so far this offseason irks me more than Hunt’s. He’s got league-winning ability, but the chances he gets even a fraction of the opportunity he’d need to realize that potential is vanishingly small, and the chances the people who draft him can stash him on an active roster spot until Week 10 to try to capitalize on it are even smaller. He's getting eight games. The list of guys who have been real fantasy contributors in eight games or fewer is short, the ones who have done it in a crowded backfield even shorter. If Hunt is available on the waiver wire in, say, Week 7 or Week 8, sure he’s worth a pickup. If your league has insanely deep rosters, why not. But if you are in anything like a normal league and are drafting Hunt in the eighth round? That’s a losing decision.

I almost included McCoy in the piece on running backs capable of jumping a tier from last week, because he absolutely has that potential. If he keeps the starting job and plays all 16 games, that’s a top-30 back, maybe top-20. But there is also every chance that the Bills open Week 1 with Frank Gore, T.J. Yeldon, and Devin Singletary as their backfield, and McCoy is unemployed. And there is also the chance he sticks around in Buffalo but is just done and sees his work tail off as the year goes on. Unless you can get him as a crazy bargain, there’s too much risk here.

People drafting Samuels probably aren’t doing so expecting him to actually return RB42 value, instead choosing him as a quasi-handcuff to James Conner and thinking he might stumble into enough touches to be worth an occasional flex play. The problem with that argument is that it’s hard to envision Samuels getting the kind of workload he had last year in Conner’s absence if the starter were to get hurt again this year. Sure, Samuels will be the pass-catcher in that scenario (though the Steelers have more receiver depth in 2019 than they did in 2018, so a pass-catching back might not be so valuable). But he had 56 carries last year, which is as many as or more than he had in all but one of his season’s in college (he had 77 carries in 2017). Samuels just isn’t likely to get enough carries to ever be worth a trusting start, especially not with can’t-catch-but-can-run Benny Snell now on the roster.