One way to look at them is that anything above the dashed horizontal line is a good scoring stack, and anything to the right of the dashed vertical line is a high-priced stack. You should pay most attention to the upper-right (high-scoring and high-priced) and upper-left (high-scoring and low-priced) quadrants. Ideally, you’ll find something in the upper-left that you’re confident in, but often paying up and moving into the upper-right can be beneficial. 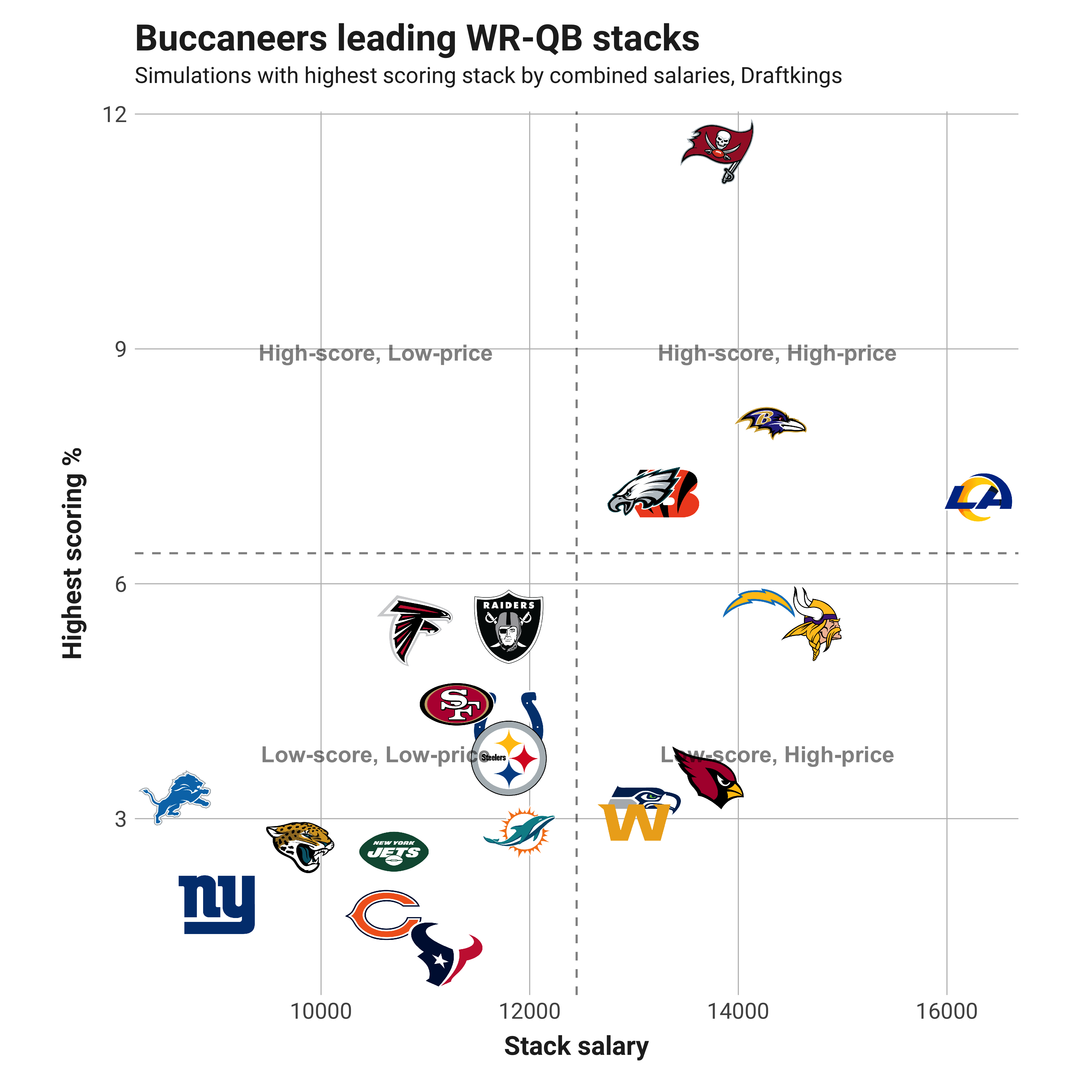