Hello, and welcome to the Week 14 Actual Opportunity report. This is our weekly look at the players with the most fantasy potential based on volume, and how effective they’ve been with it. If you’re unfamiliar with Actual Opportunity, you can read the in-depth explanation here.

After 13 weeks of action, here are the top 30 players in expected fantasy points per game: 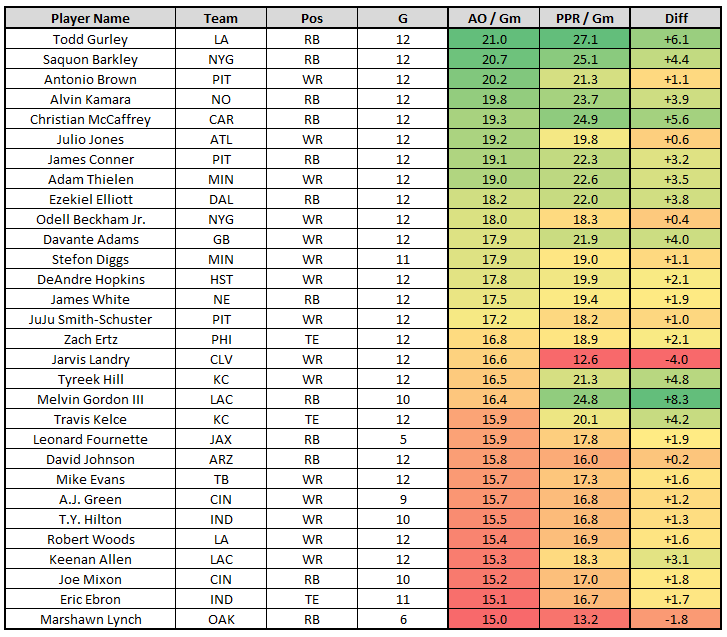 With DeSean Jackson likely out for the remainder of the season, we have to speculate what his absence means for Tampa Bay’s other receivers:

Over Jackson’s three missed games over the past two seasons, Mike Evans has averaged 18.1 expected and 12.0 actual fantasy points per game. That’s a 1.6-point bump in volume, but a 3.2-point loss in production against his full average over this span. Perhaps the lack of production can be explained by a greater focus from opposing defenses, or, perhaps it’s just variance from a small sample size, but 18.1 expected fantasy points per game would rank fourth-best at the position this year.