8 fantasy options who should beat their ADP in 2017

SAN DIEGO, CA - SEPTEMBER 18: Philip Rivers #17 of the San Diego Chargers scrambles out of the pocket against the Jacksonville Jaguars during the 2nd half of a game at Qualcomm Stadium on September 18, 2016 in San Diego, California. (Photo by Donald Miralle/Getty Images)

Everyone wants to land the proven blue-chip commodities like Le’Veon Bell and Antonio Brown in their fantasy drafts, and hitting on the right guys in the first few rounds is important, but perhaps more so is identifying the right breakout players. Who are the players most likely to outproduce their ADP?

Whether these players are former studs following a down-year or a player your opponents have never heard of, these are the players that can swing leagues — just ask anyone who drafted Matt Ryan, Jordan Howard, or Michael Thomas last season.

Below are two players at each position I feel have the greatest potential for a breakout year in 2017.

Notes: All references to fantasy points is based on point-per-reception scoring.

In 2016, Wilson hit career lows in passing touchdowns, passer rating, rushing attempts and rushing yardage. This was the first time he failed to finish among the top 10 highest-scoring fantasy quarterbacks (he finished among the top three in each of the last two seasons). This was also the first time in his career he failed to finish among the top five quarterbacks from a fantasy-point-per-dropback standpoint, finishing 18th. Due to Wilson’s production being so out-of-line with his career norms, it’s easy to blame this down year on ankle, knee and pectoral injuries. He played with a knee brace from Week 4 until the playoffs, averaging 2.0 rushing fantasy points per game. Throughout the rest of his career, he averaged 4.9 fantasy points per game on the ground. Those extra 2.9 points per game were the difference in Wilson finishing 14th among quarterbacks in fantasy scoring instead of fifth.

Rivers posted fantasy QB1 seasons in eight of the past nine years, but hasn’t had a “breakout” since his top-five finish in 2013. The Chargers offense is one to get excited about, with the emerging Hunter Henry and Tyrell Williams, a returning Antonio Gates, and a healthy Keenan Allen. Despite all of these players likely being drafted high in 2017, Rivers may be overlooked. He’s had some bad luck the past two season, as four of his top eight receivers in terms of total yardage — Gates, Allen, Danny Woodhead and Stevie Johnson — combined to miss 66 of a potential 128 games. If everyone stays healthy in 2017, Rivers is due for serious positive regression, and possibly, another breakout year. 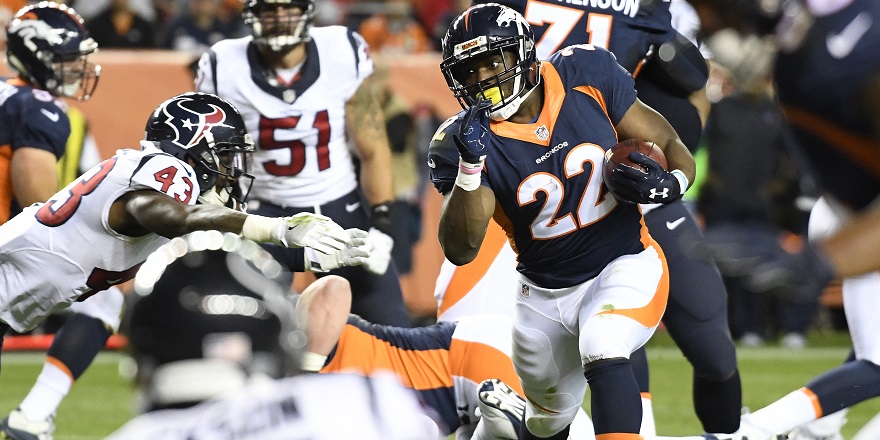 Anderson was fantasy’s No. 11 running back in 2014, but has suffered through injuries since. While that injury history is a concern, Anderson’s fantasy potential remains as high as nearly any running back. Over the past three seasons, among 28 running backs with at least 400 attempts, Anderson ranks top-six in yards per carry, touchdowns per carry, yards after contact per attempt, and forced missed tackles per attempt. For perspective, Le’Veon Bell ranks top-six in three such categories and is the only other running back to rank top-six in more than two. Anderson was also gifted a valuable fantasy role last season before tearing his meniscus, ranking top-five among running backs in carries inside the 5-yard line per game and red-zone opportunities per game.