Dameon Pierce probably didn’t raise his draft stock at the combine, but my model thought his performance was better from the perspective of predicting his real value in terms of PFF WAR. The Florida product ran a 4.59-second 40-yard dash at 224 pounds, which is a good weight-adjusted time.

According to mock drafts, his draft status rose over the 2021 season and then stagnated around the early fourth round. 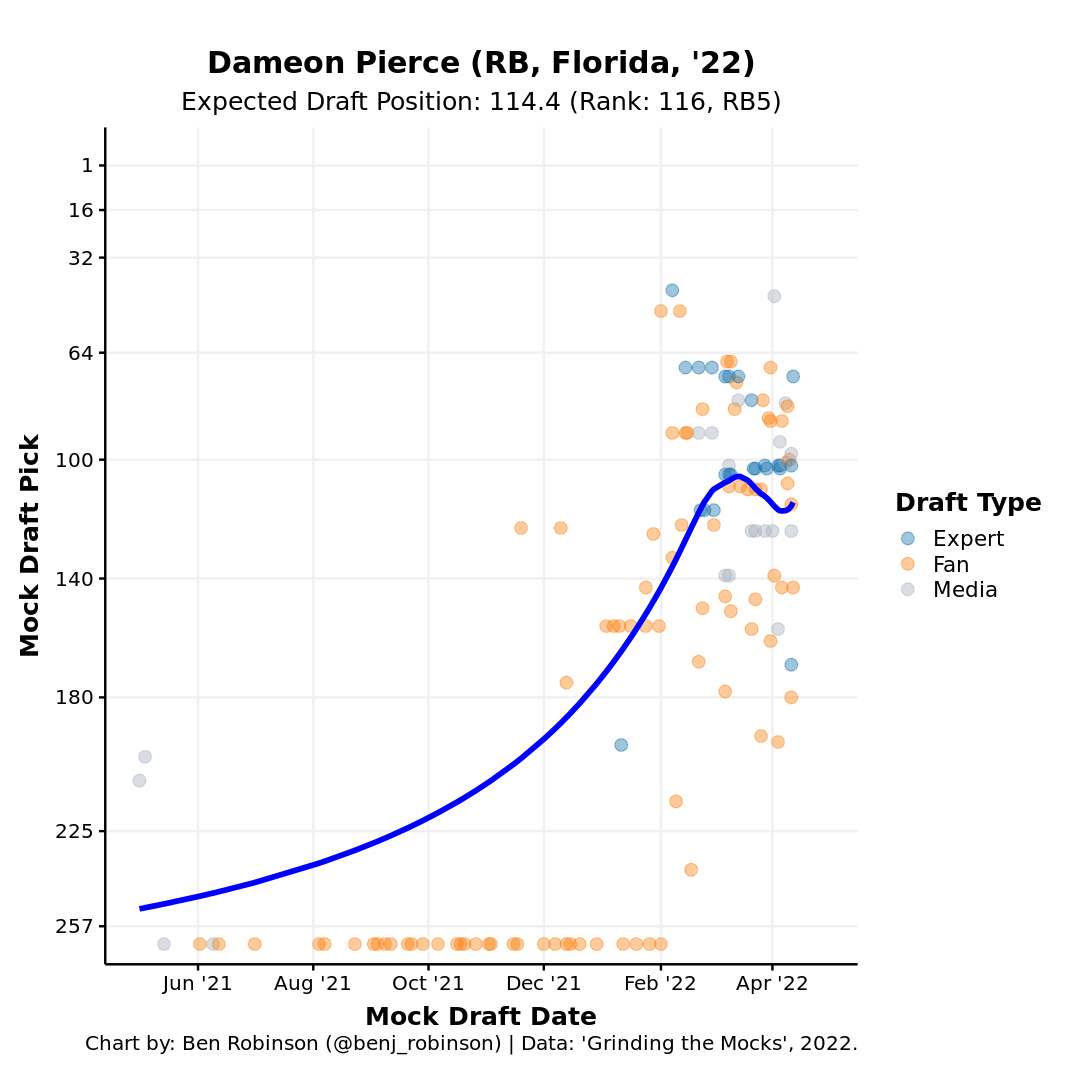