According to recent mock drafts, Brian Robinson Jr.’s draft stock has fluctuated, but that could be more a function of his uncertain status as a Day 2 pick than real shifts in opinion.

Backs such as Breece Hall and Kenneth Walker III have gotten most of the hype for their outstanding NFL Combine numbers, and Robinson running a strong 4.53-second 40-yard dash at 225 pounds has gone under the radar. 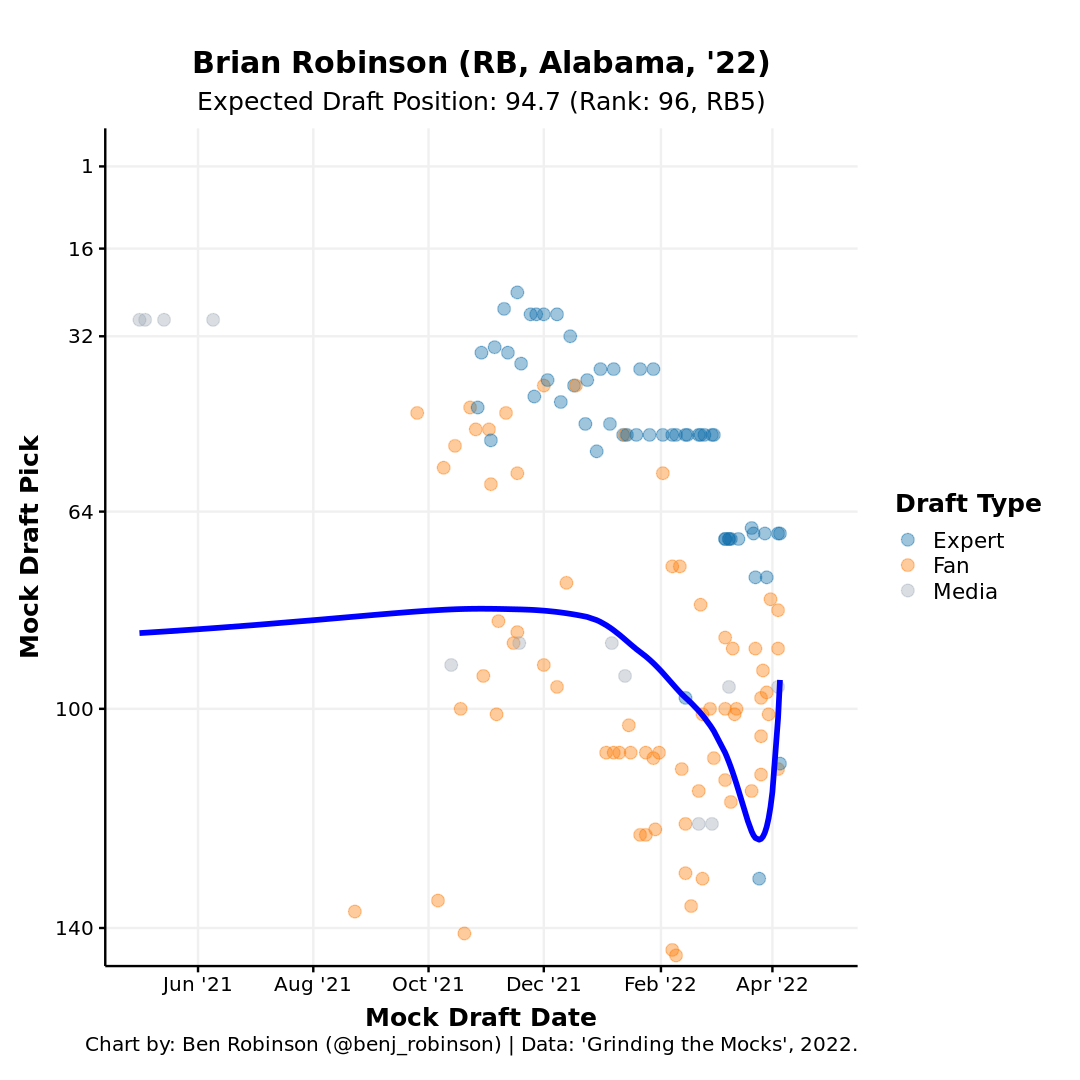