PFF data scientist Eric Eager has done tremendous work creating college-to-pro projections, which are built off the robust college data we’ve collected since 2014 and have been applied to exercises like building an “analytics” mock draft.

In this analysis, I will use some of our advanced stats for comparison but primarily rely on traditional stats to go back further and compare the 2022 prospects to draft classes since 2006.

I’m taking the best number from either the prospects' NFL Scouting Combine or pro day performances. If the 40-yard dash time or vertical jump are missing, I estimate them based on historical modeling with weight and available other workout metrics.

Breece Hall was the biggest winner of the NFL combine, according to my draft position effect model. The mock draft industry agrees, with Hall’s expected draft position rising from the late second round and approaching the first round. 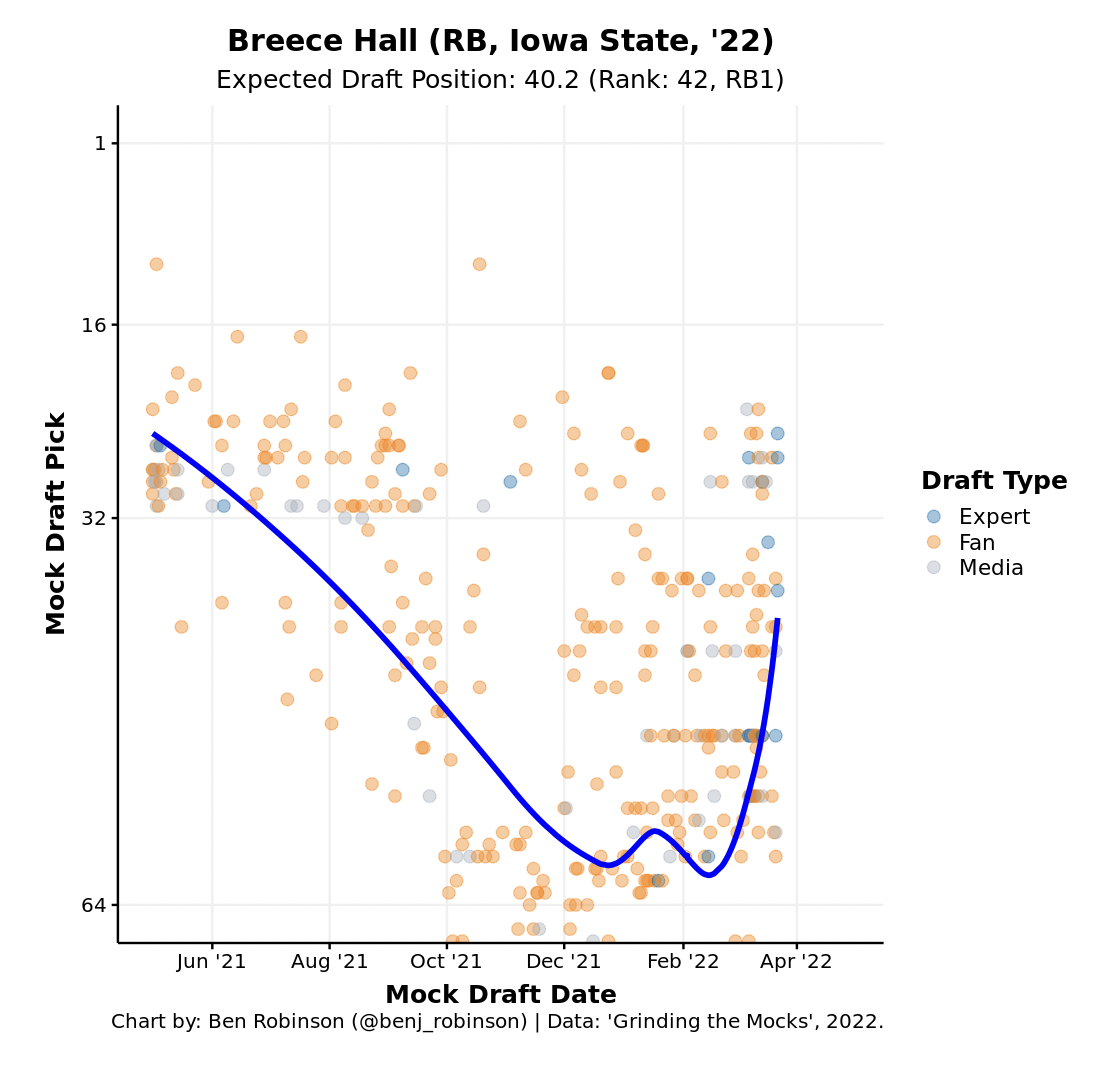 Hall’s profile doesn’t have any weaknesses. He’s young and relatively big at 217 pounds, ran a sub-4.4-second 40-yard dash and was a dominant producer last season. Hall was even a useful option in the passing game, averaging over three receptions per game (12.8% of team market share).