2021 Draft Comps: Travis Etienne profiles like a top-tier running back

The comps below were derived from a two-step process. First, I converted all the most statistically relevant stats and measurables to percentiles based on the thousands of prospects who have entered the NFL since 2006 at each position. Then, I filtered the total universe of past prospects by those who had draft positions, weight and 40 times within a 10th percentile in either direction of Travis Etienne.

For Etienne’s draft position, I’m using an estimate based on the mock data collected at GrindingTheMocks.com. For weight and 40 time, I’m using the numbers from Etienne’s Pro Day, with a 0.03-second penalty added to the forty time to reflect the uncertainty of pro-day timed measurements.

Etienne wowed at his recent pro day, posting a larger-than-anticipated weight (215 pounds) with a blazing 40-yard dash time of 4.4 seconds. Adding those to his already strong collegiate stats gives him a solid group of similar prospects. 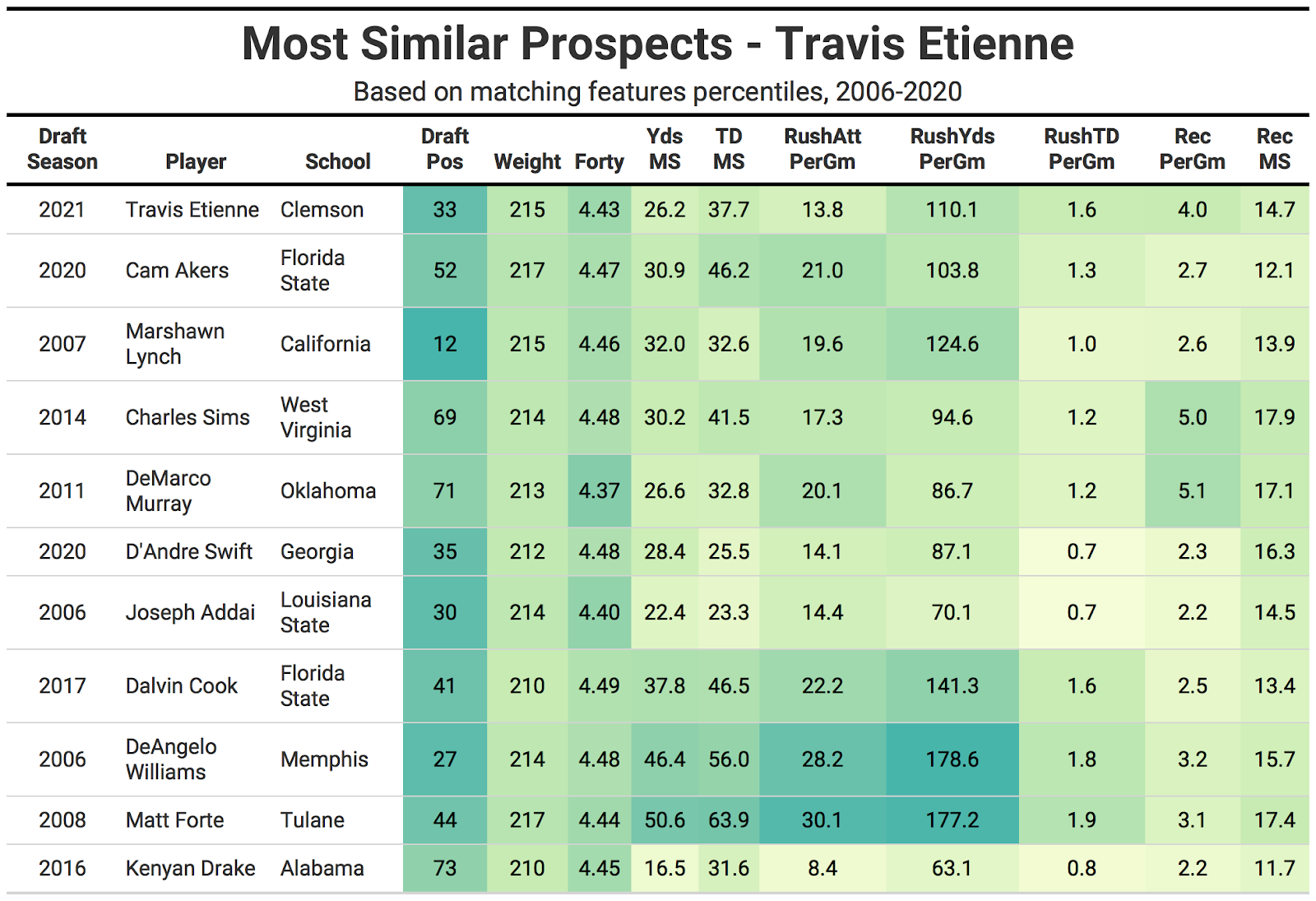 What jumps out about this group is receiving prowess, with all the running backs averaging over two receptions per game and accounting for more than 12% of their teams’ total receptions. They also are of similar weight, speed and draft capital.

Cam Akers is the closest comparable player, though there should be even more upside for Etienne if he’s taken much earlier in the draft. Akers is the dominant contender for the Rams’ lead running back spot entering his second season. 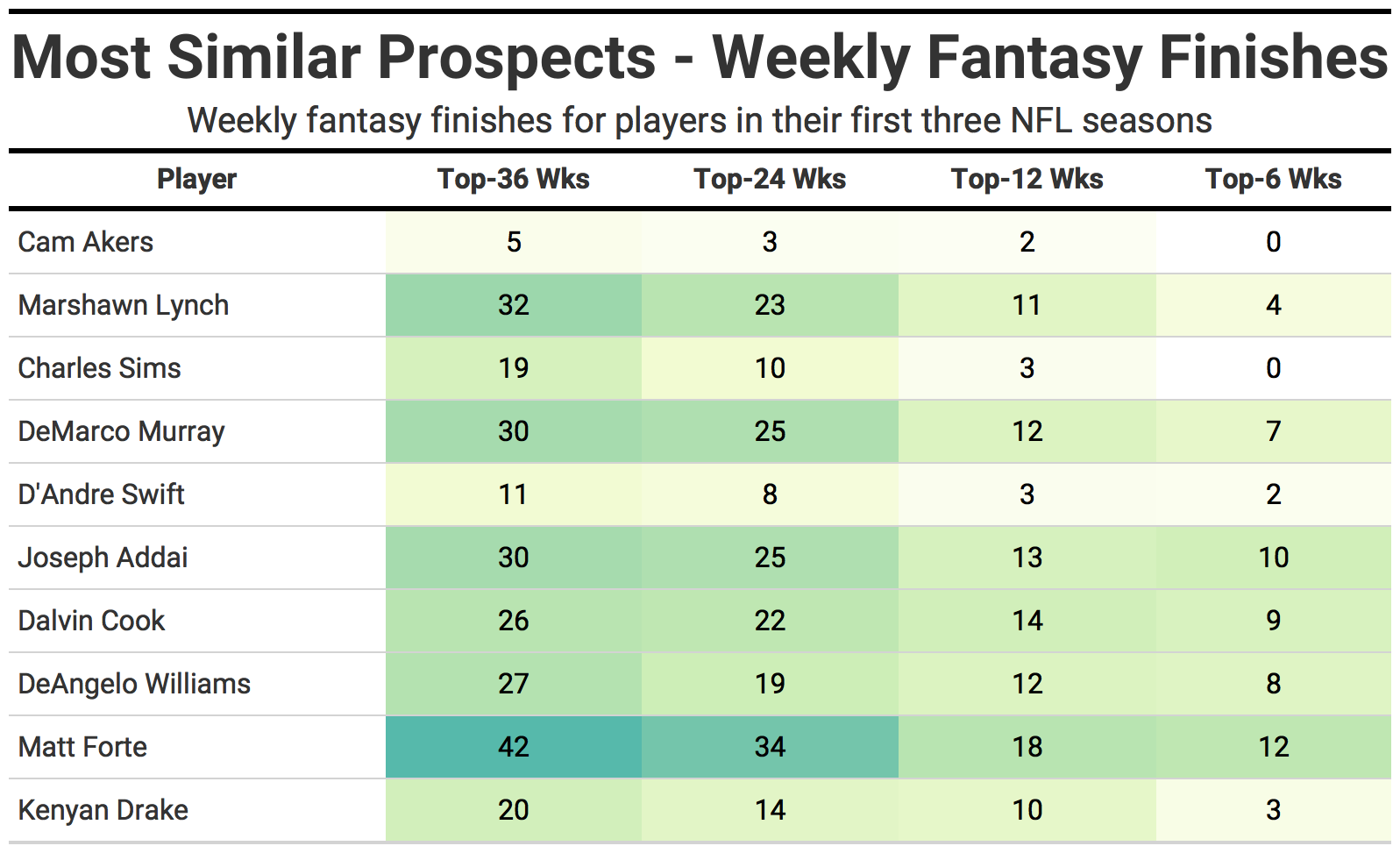 Akers and D’Andre Swift are relatively light because they’ve only completed their rookie seasons. The rest of Etienne’s comps look amazing as a group, including Matt Forte, one of the strongest early-career fantasy producers.

Looking only at Etienne’s closest comparable players who played in the PFF College era (2014-2020), we can see how Etienne stacks up with his percentiles for rushing grade, receiving grade and other advanced stats like forced missed tackle rate and yards after contact. These stats are all from the prospects’ final seasons.

We added a couple of other names to this list that wouldn’t have made the top 10 going off the list above but would have been on an extended comparable player list.

Etienne is extremely well-rounded, according to our advanced stats, with a well-above-average rushing grade and a top-notch receiving grade. He also falls into the top quintile of performance with his ability to force missed tackles and generate yards after contact. There's a good reason why Etienne is the top running back on the PFF 2021 NFL Draft Big Board.

The Clemson back only had roughly average run blocking in his last season, which helps explain some of the drop in performance from his outstanding junior year.

Etienne profiles like historical backs who have been outstanding contributors from a real and fantasy football perspective. He is the kind of complete back that is needed to dominate in today’s NFL, and his pro-day size of 215 pounds gave his comps a tremendous boost without sacrificing his elite speed.