The comps below were derived from a two-step process. First, I converted all the most statistically relevant stats and measurables to percentiles based on the thousands of prospects who have entered the NFL since 2006 at each position. Then, I filtered the total universe of past prospects by those who had draft positions, weight and 40 times within a 10th percentile in either direction of Minnesota WR Rashod Bateman. For undrafted players, I assigned a numerical draft position of 300.

For Bateman's draft position, I’m using an estimate based on the mock data collected at GrindingTheMocks.com. For the weight and 40 time, I’m using the numbers from his pro day, with a 0.03-second penalty added to the 40 time to reflect the uncertainty of pro-day timed measurements.

Bateman has one of the strongest production profiles in this draft class after first bursting onto the scene as a true freshman with 51 receptions and 704 yards on a 28% market share of targets. He never looked back, improving to a massive 45.8% market share of receiving yards in a shortened 2020 in which he played only five games. The Minnesota receiver's consistently great production gave him career numbers that are tough to match.

Bateman added strong workout numbers to his resume, clocking in at 4.39 seconds on the 40-yard dash (86th percentile), though his height (6-foot-2) and weight (190 pounds) were somewhat of a surprise. Of course, he reportedly lost weight the summer before the 2020 season as part of a scary battle with COVID-19.

Bateman plays like a bigger wide receiver, with tons of tape available of him dominating opponents on releases or at the catch point.

The team that selects Minnesota WR Rashod Bateman in the 2021 NFL Draft, is going to get an absolute stud for years to come… #NFLDraft pic.twitter.com/Q6qrw12SbJ 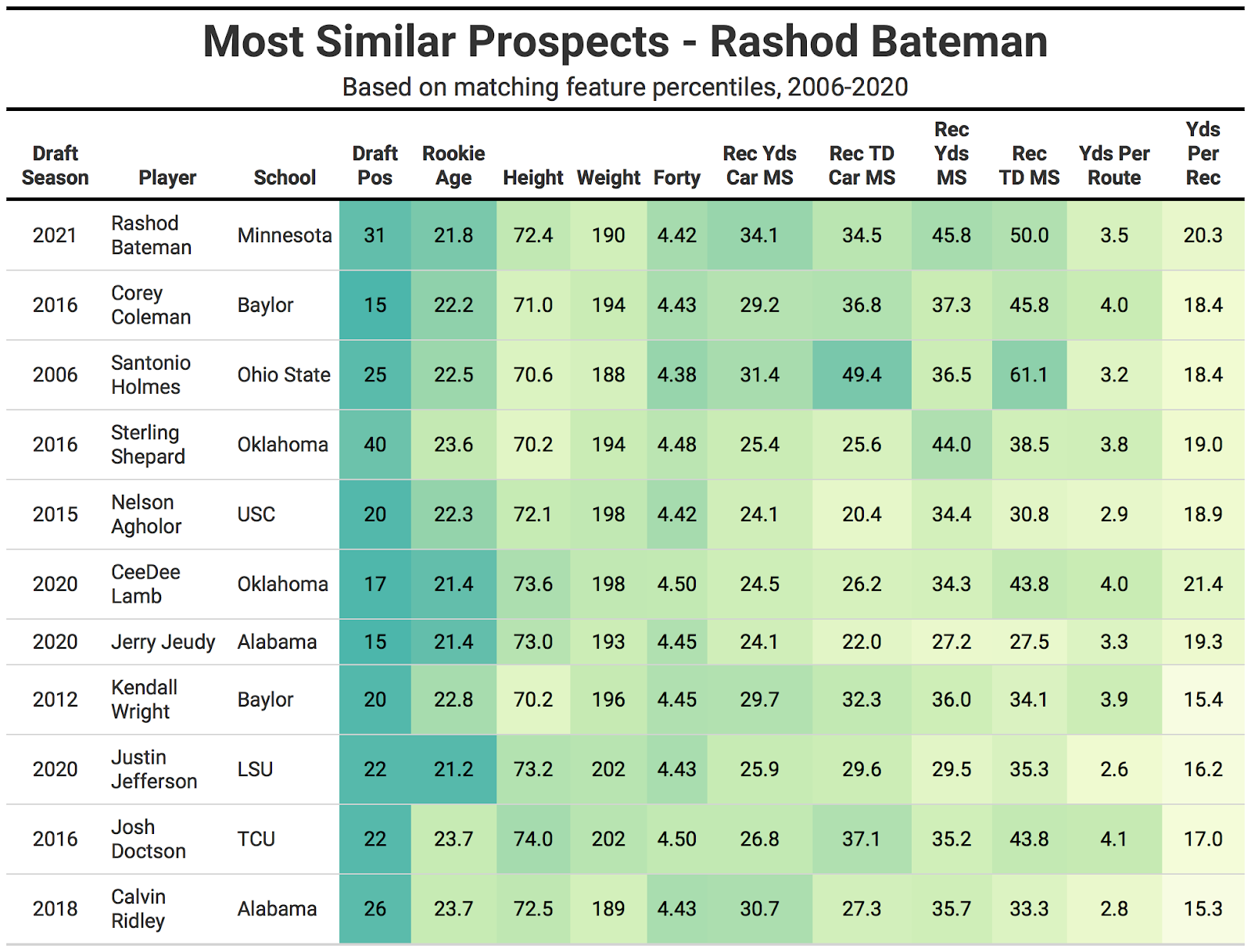 Corey Coleman is Bateman's top comp when looking at traditional stats because of the similarities with top-notch market shares. It’s rare for receivers to put up the same kind of numbers Bateman and Coleman did in college, but it’s fair to say that the shorter Coleman played in a unique system and didn’t demonstrate the same type of game we saw from the Minnesota star.

CeeDee Lamb is the best comp that combines high market shares and efficiency on a per-route basis. Jerry Jeudy and Justin Jefferson are also very similar to Bateman in terms of production, speed and age. 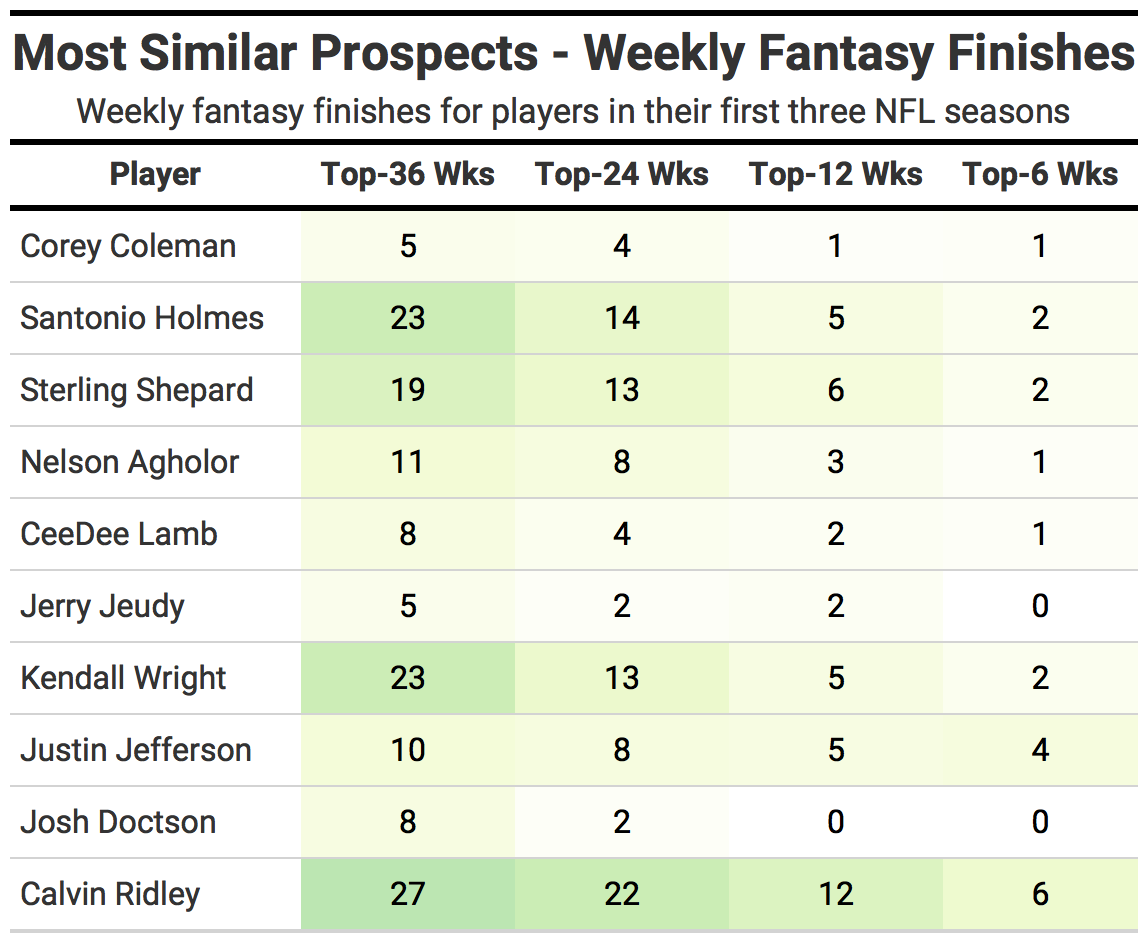 Good-not-great defines the results for Bateman’s comps, though there are promising young players like Jeudy, Lamb and Jefferson, who only have one year of production and whose numbers will grow.