The goal in this space, then, will be to hit on SGPs that either tell unique stories about games and/or uncover correlated outcomes available only through SGPs. 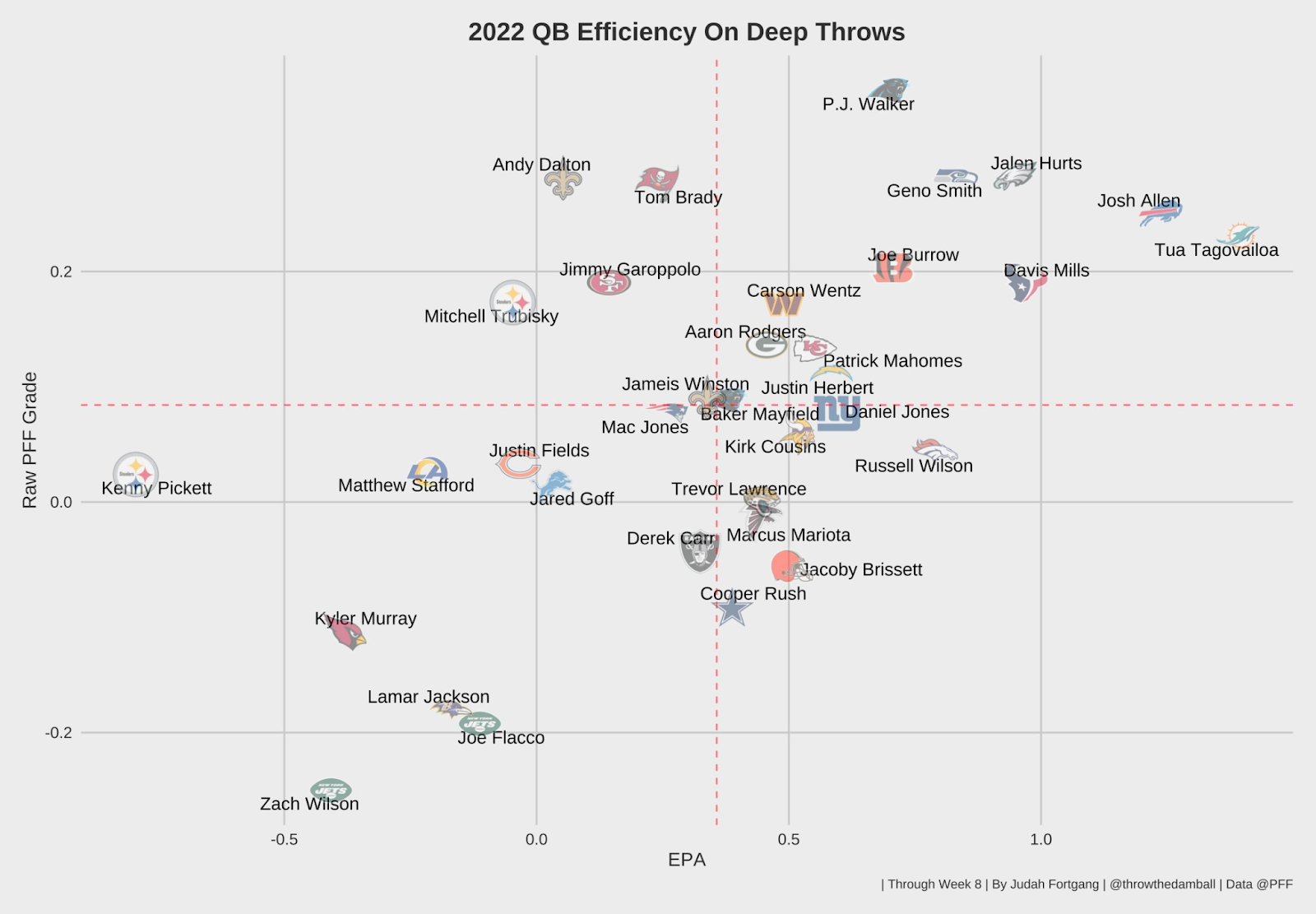 • While the sample is small, P.J. Walker has the best PFF grade on deep passes. He's poised to take advantage of the Bengals' banged-up secondary and scheme that invites deep throws.

• D.J. Moore is the unquestioned WR1 on the Panthers, ranked 9th in NFL in deep targets this season. And with Walker at the helm with his propensity to throw deep, Moore is 2nd in the NFL in deep targets.  Walker will be looking Moore’s way, and one deep TD connection likely is all we need to cash this SGP. 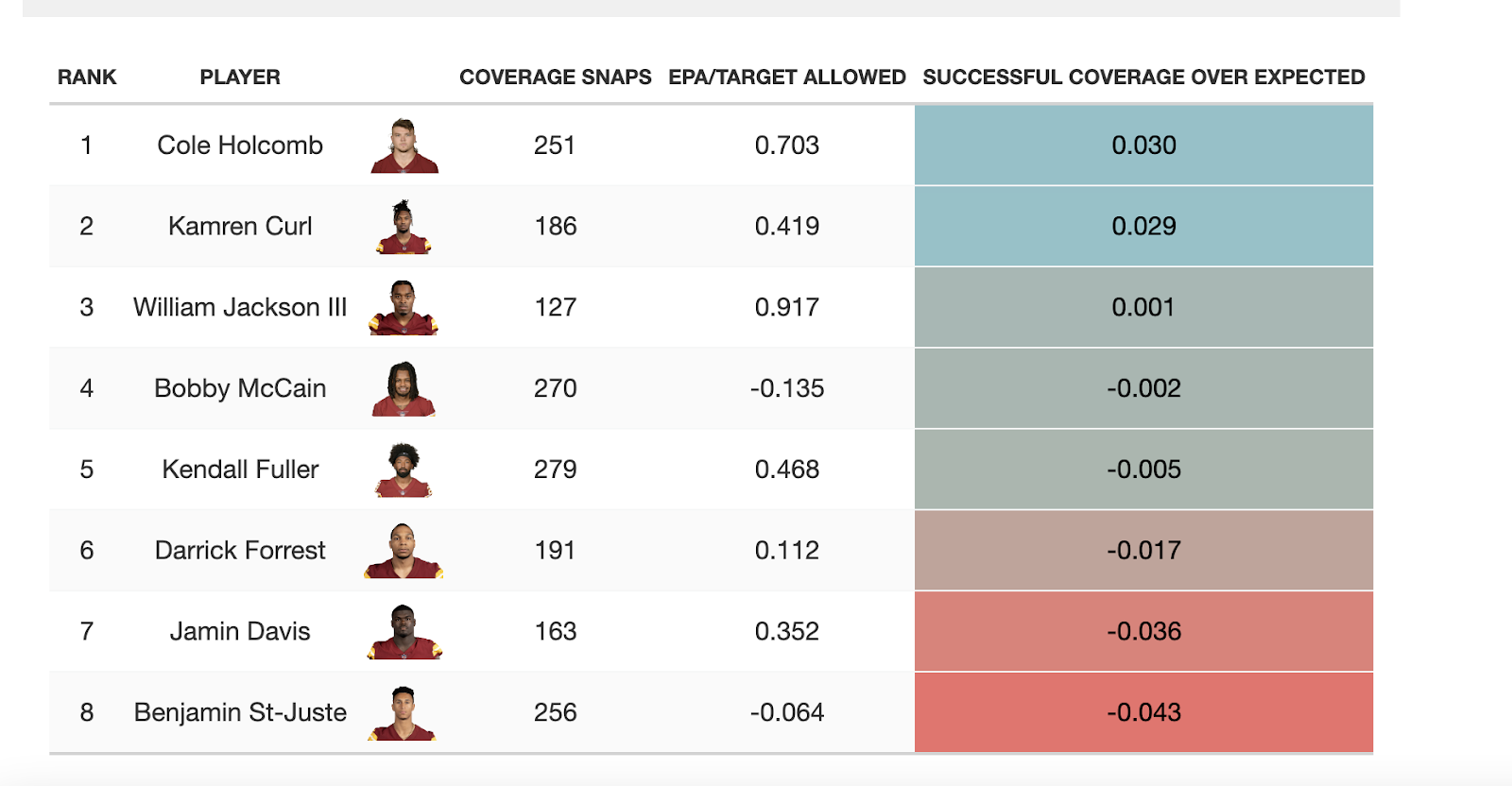 • Washington Commanders LB Cole Holcomb and Safety Kamren Curl have had terrific years for the Commanders. And their terrific seasons have led to great play against tight ends,  allowing the 3rd-fewest targets and 2nd-fewest yards to

• Washington also allows the 5th-fewest targets and the 3rd-fewest yards to running backs.

• All of this is to say: the targets will flow to Justin Jefferson as the Minnesota Vikings‘ unquestioned WR1 in this offense.  And as you can see above, all of the Commanders' corners are negative SCOE — not that it really matters facing Jefferson.

• While Jefferson only has 3 TDs this season, he is 5th in red-zone targets and is always a threat to score from anywhere on the field.

• More than merely poor efficiency on run defense, the Patriots' opponents also run 2.5% over expected. Both volume and efficiency are on Jackson’s side.

• On the receiving front, Jackson has been among the game’s best pass-catching backs. He is 6th among qualifiers in PFF receiving grade, and 7th among qualifying backs in Yards per Route Run.