• Giants-Seahawks live-bet gameplan: Bet Big Blue in a backdoor cover — and perhaps on the moneyline — if Seattle's scripted success on offense continues and the line pushes out near a touchdown.

• With a big lead (Win Probability above 65%), the Seahawks have NFL's 10th-worst EPA, 7th-worst Success Rate.

• Titans-Texans live-bet gameplan: Until the live markets adjust, exploit the value in betting team unders on Titans offense ranked No. 1 on scripted plays and No. 32 after script runs out.

But with 13 games on Sunday in Week 8, it can be quite overwhelming for the bettor to follow the different markets and capitalize on inefficiencies. The goal in this space is to provide angles to monitor and capitalize on specific team tendencies not accounted for in live markets, helping bettors cut through the noise with a gameplan and better process for how to profit live betting.

Live-Bet GAMEPLAN: play the giants' backdoor cover — and maybe even sprinkle the MONEYLINe, especially if you LIKED THEM PREGAME — if/when line moves out near a touchdown for seattle.

• Seattle is second in the NFL in Drive Quality on scripted plays: It would be unsurprising to see the Seahawks jump to a lead in this one and for the line to move up near a TD or even more. 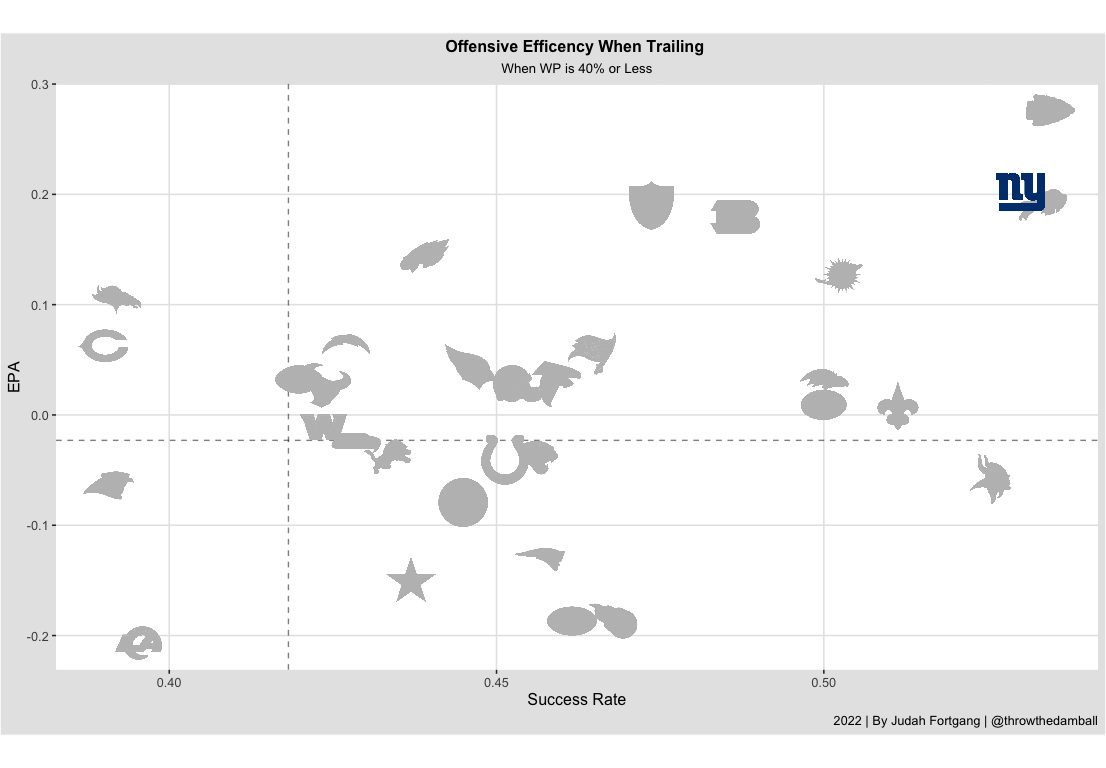 • And that’s exactly the time to buy the Giants: The team has been playing their best football once trailing in games and are with the Kanas City Chiefs and Buffalo Bills in their own tier of dominance. But this, of course, is not priced into the live betting markets.

• Seahawks' offense struggles with big leads: When their Win Probability is above 65%, Seattle has the 10th-0worst EPA, 7th-worst Success Rate.

Live-Bet GAMEPLAN: Bet the Titans' TEAM Under as their live total creeps up to 25-26 points. 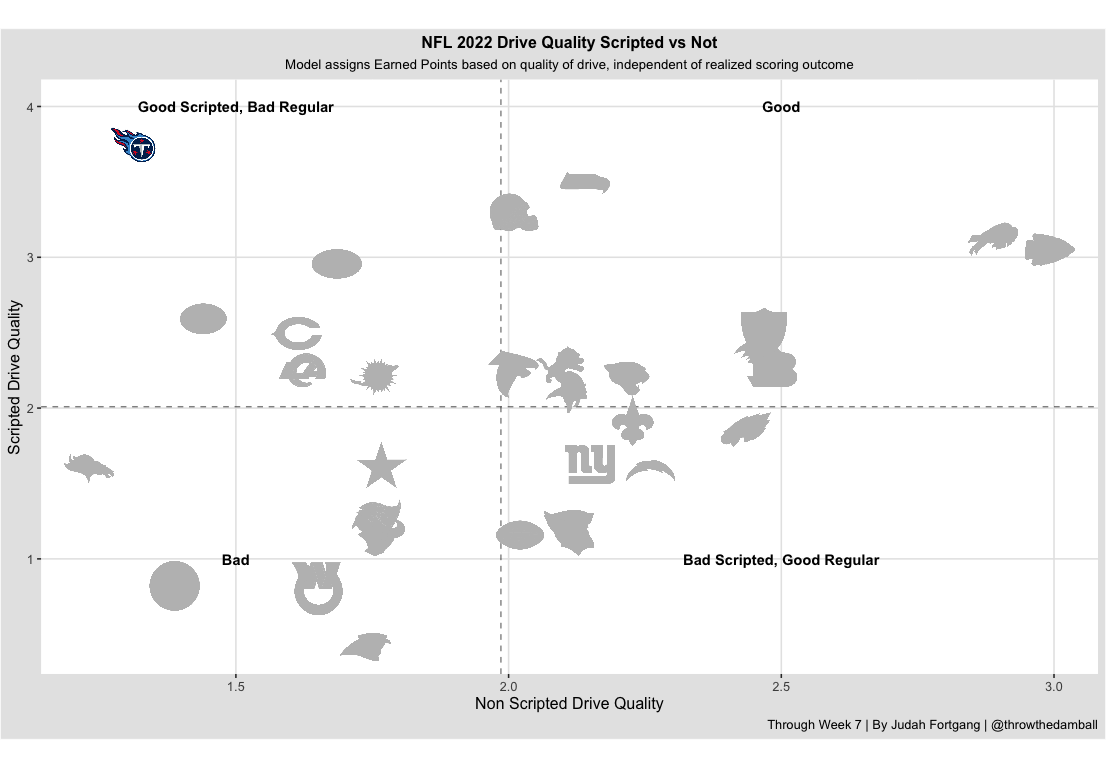 • Back to the Titans well again: Why? It just keeps cashing week in and week out.

• Until the live markets adjust to TEN’s tendency to start strong and fade late: There will be value betting on the offense that ranks first in the NFL on scripted plays and last in the NFL once the script runs out.

Live-Bet GAMEPLAN: play the overs once these totals dip around 33-34 points. 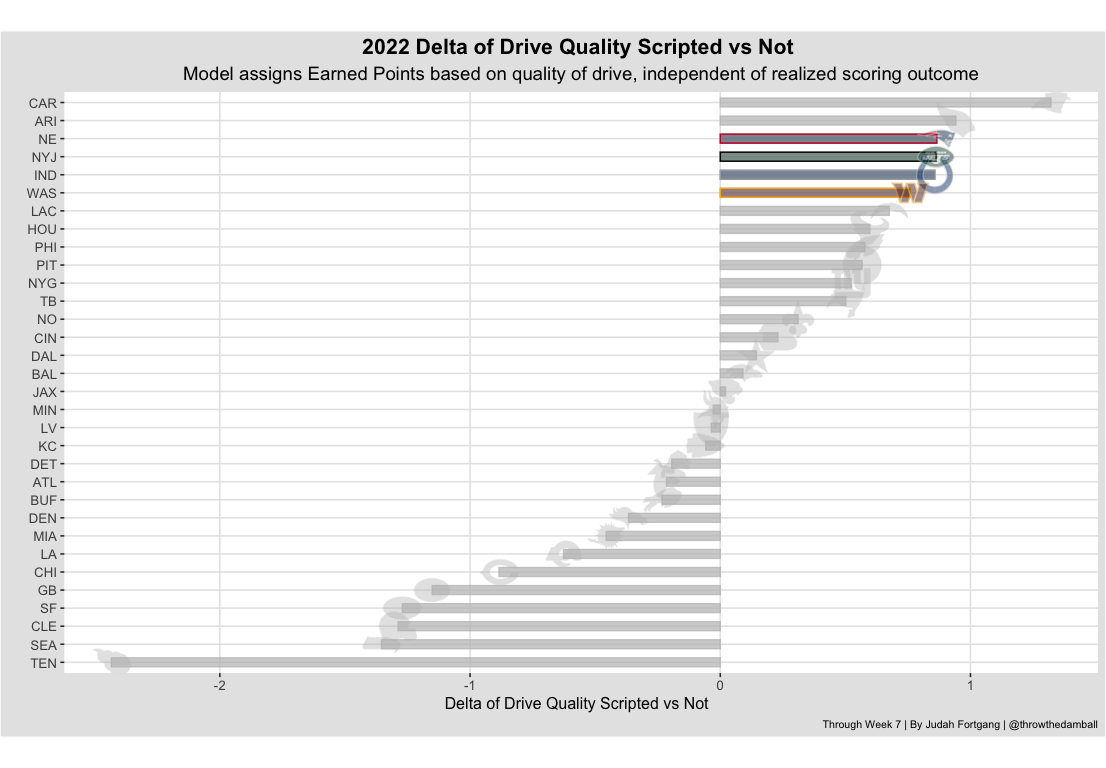 • Two games this week in which each team is far better off script than on: It would be unsurprising, then, for both of those games to start slow on each team’s first couple of drives before the scoring picks up.