Player props have one of the most popular markets offered in sportsbooks right now. Because of its similarity to fantasy football, something most bettors grew up playing, it’s easy to translate the thought process from fantasy football to player props. Here at PFF, you can utilize the Best Bets tab on the website to help sift through the most +EV props to bet on based on our model to help with your betting success.

As always, shop around and try to ensure you get the best price possible on all your picks, one of the first steps to becoming a profitable bettor long term.

• Dean Pees' Cover 2 scheme invites teams to take the underneath throw: And that’s where Wilson will likely have success in hitting the over in this prop.

• All it takes is one catch for Wilson: As evidenced by him going over this number in 3-of-4 games since Elijah Mitchell was injured, with a catch of at least 9 yards in all three. 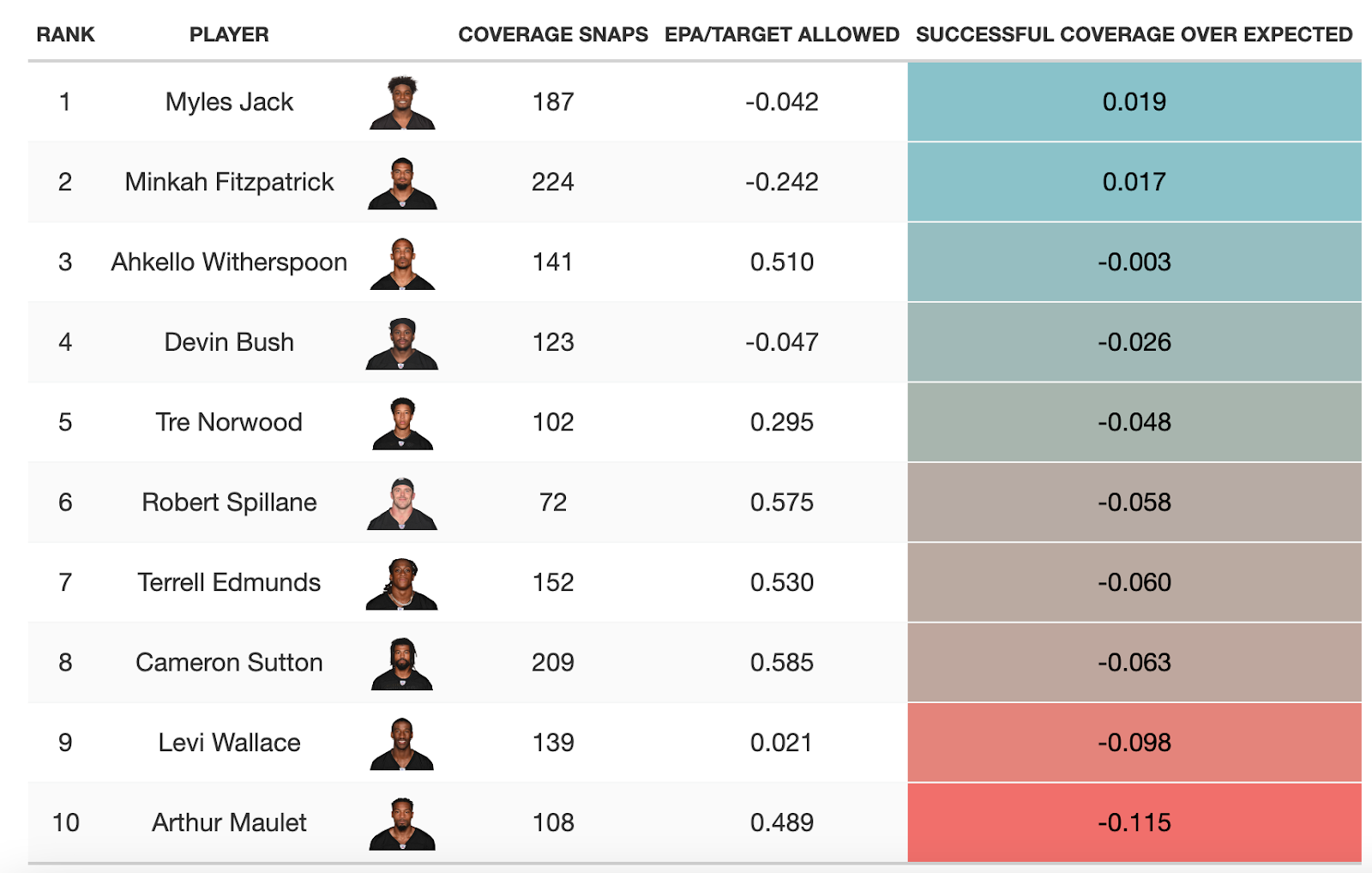 • Steelers pass defense has a propensity for allowing big plays through the air: In five weeks, they’ve allowed 30 passing plays of 15-plus yards to WRs, which ranks first in the NFL.

• Pittsburgh CB corps has been very shaky, especially on the outside: Levi Wallace shows up very poorly in our Successful Coverage over Expected (SCOE) metric, and in Pittsburgh's game Sunday vs. the Bills, five different receivers had catches of 25 yards or longer despite the winds in Buffalo.

• Evans has gone over this total in his last four games: And he remains Brady’s preferred deep threat in this Bucs offense. 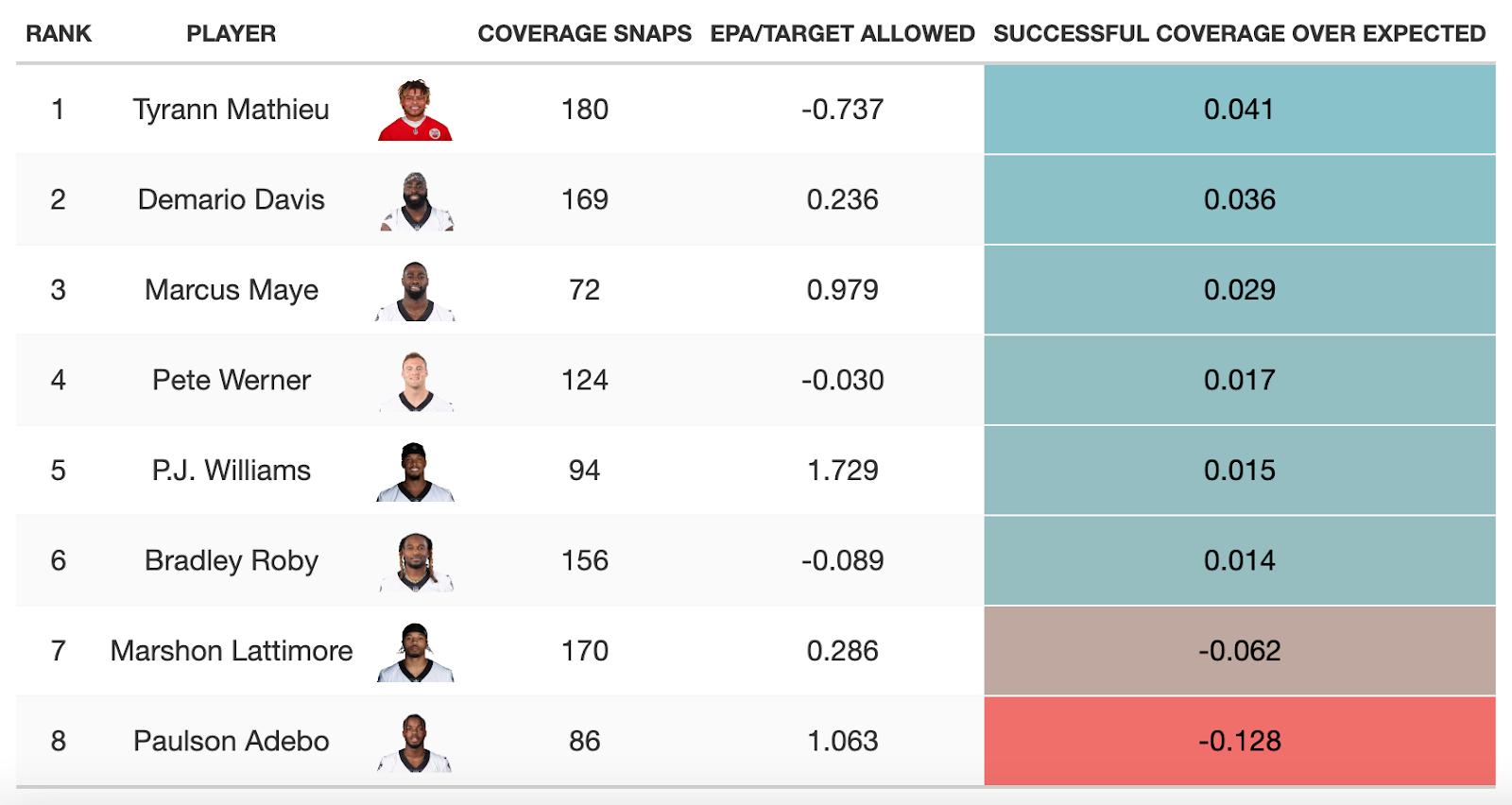 • Mixon is no longer the Bengals' preferred pass-catching RB: He’s gone under this total in his past three games, including Sunday against the Ravens, when Samaje Perine totaled more targets and receiving yards. 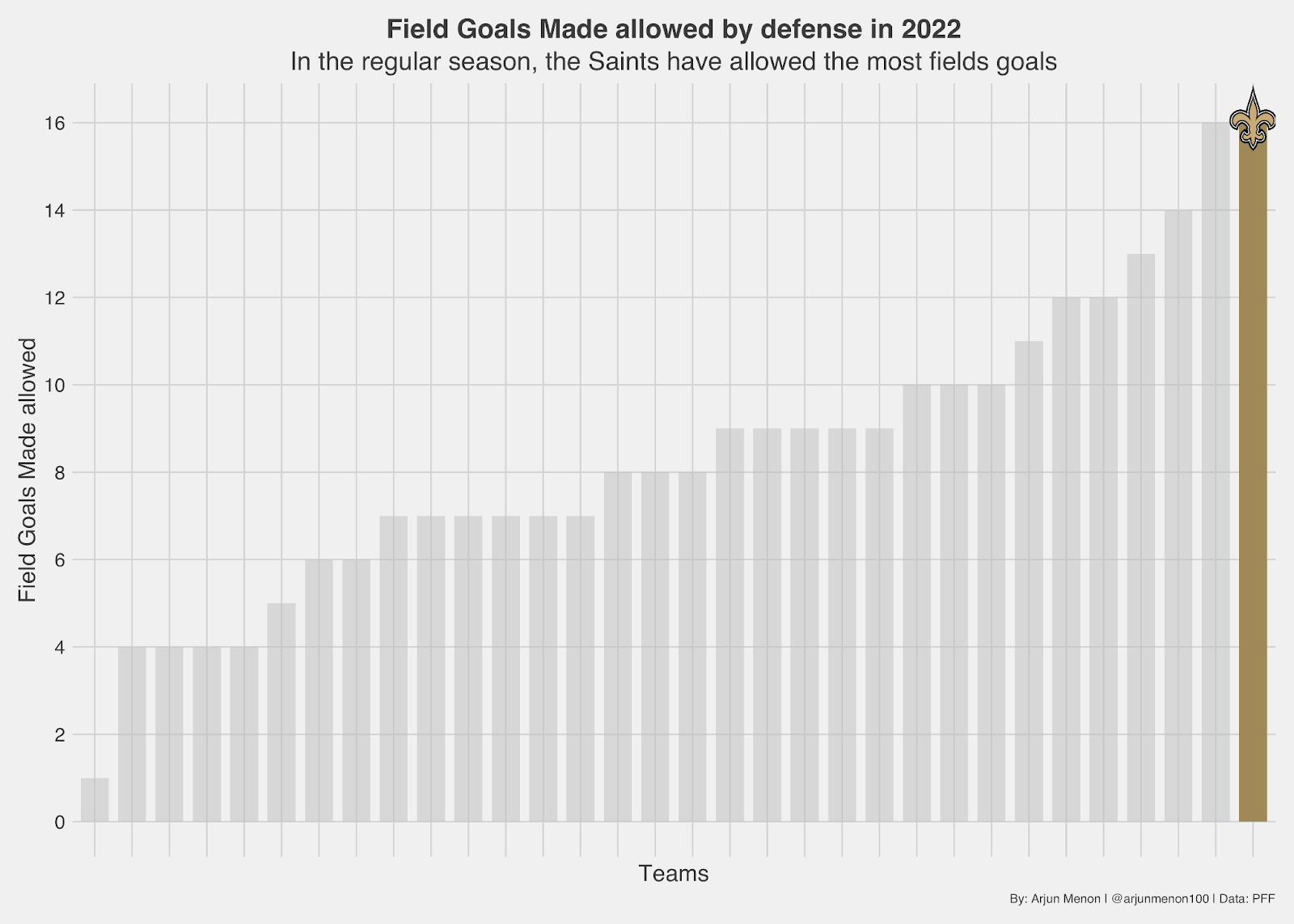 • Saints have allowed the most successful opposing field goals in NFL: They are a great definition of bend-don’t-break, as the Saints allow teams to drive into their territory before holding them to a field goal.

• Prior to last week, McPherson was on a 10-game streak of going over this prop: And had Bengals HC Zac Taylor kicked instead of going for that 4th-and-2 inside the 5, McPherson likely would’ve extended this streak to 11. 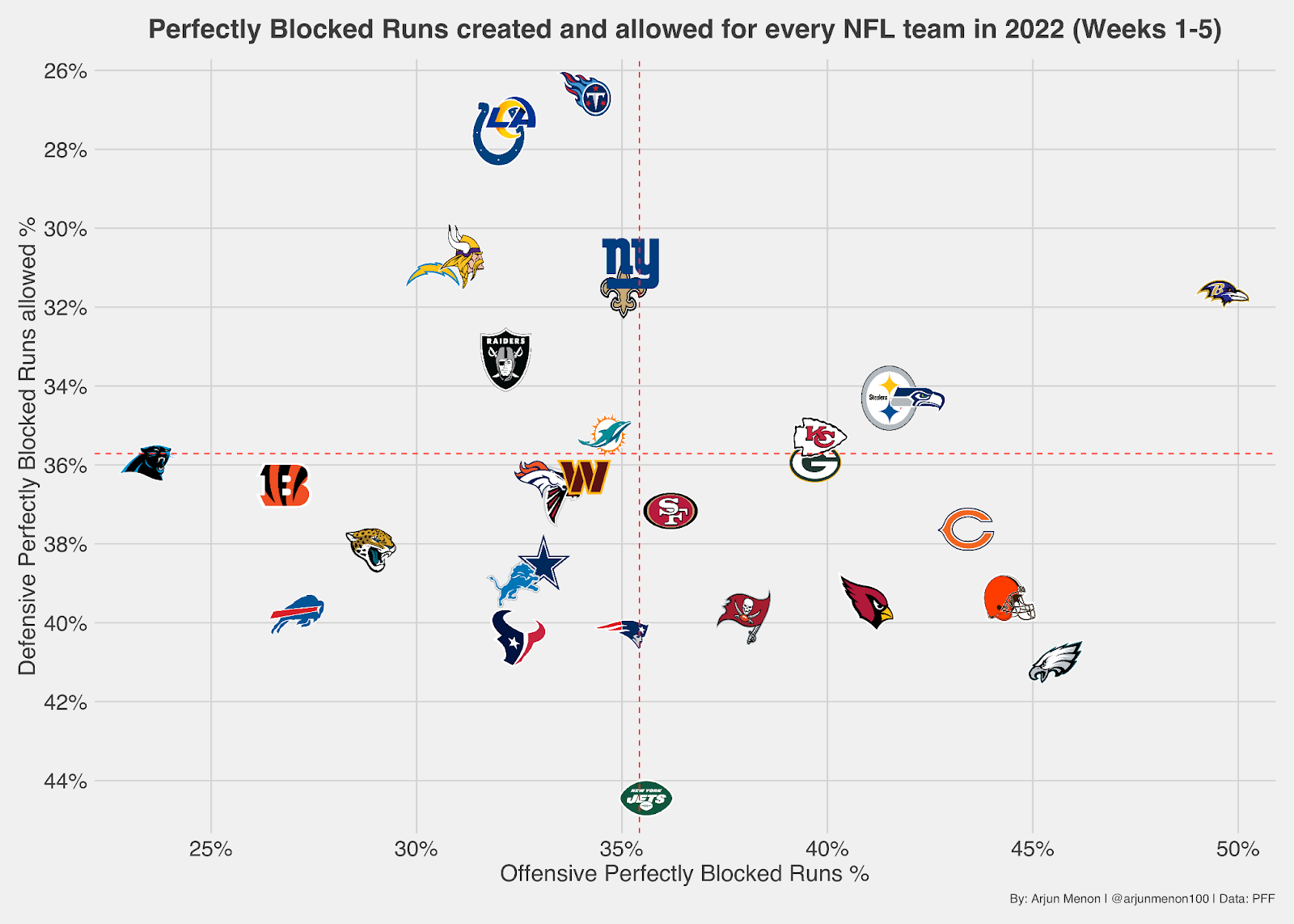 • Browns boast the third-highest rate of perfectly-blocked runs: 45% of their rushing plays. This bodes well for our Chubb, who only needs one Perfectly-Blocked run to hit the second level of the defense and cash this play.

• Patriots defense is below average in preventing Perfectly-Blocked runs: And for further evidence of their defensive weakness, they show up in the bottom 5 in both rushing EPA allowed and rushing success rate allowed.

• Chubb has gone over this longest rush prop in his past 10 games: And we like him to continue that streak at home this week.