In the past two weeks, using Rushing Yards Over Expected (RYOE) to identify rushing prop bets, we've gone 4-2 and gained 1.6 units. This is because 4-of-6 recommended bets were unders. As PFF’s Ben Brown shows, rushing prop unders cash more regularly than rushing prop overs. In this article, 2 unders and 1 over will be given out to maximize profits, but the over should be placed with more caution than the unders. 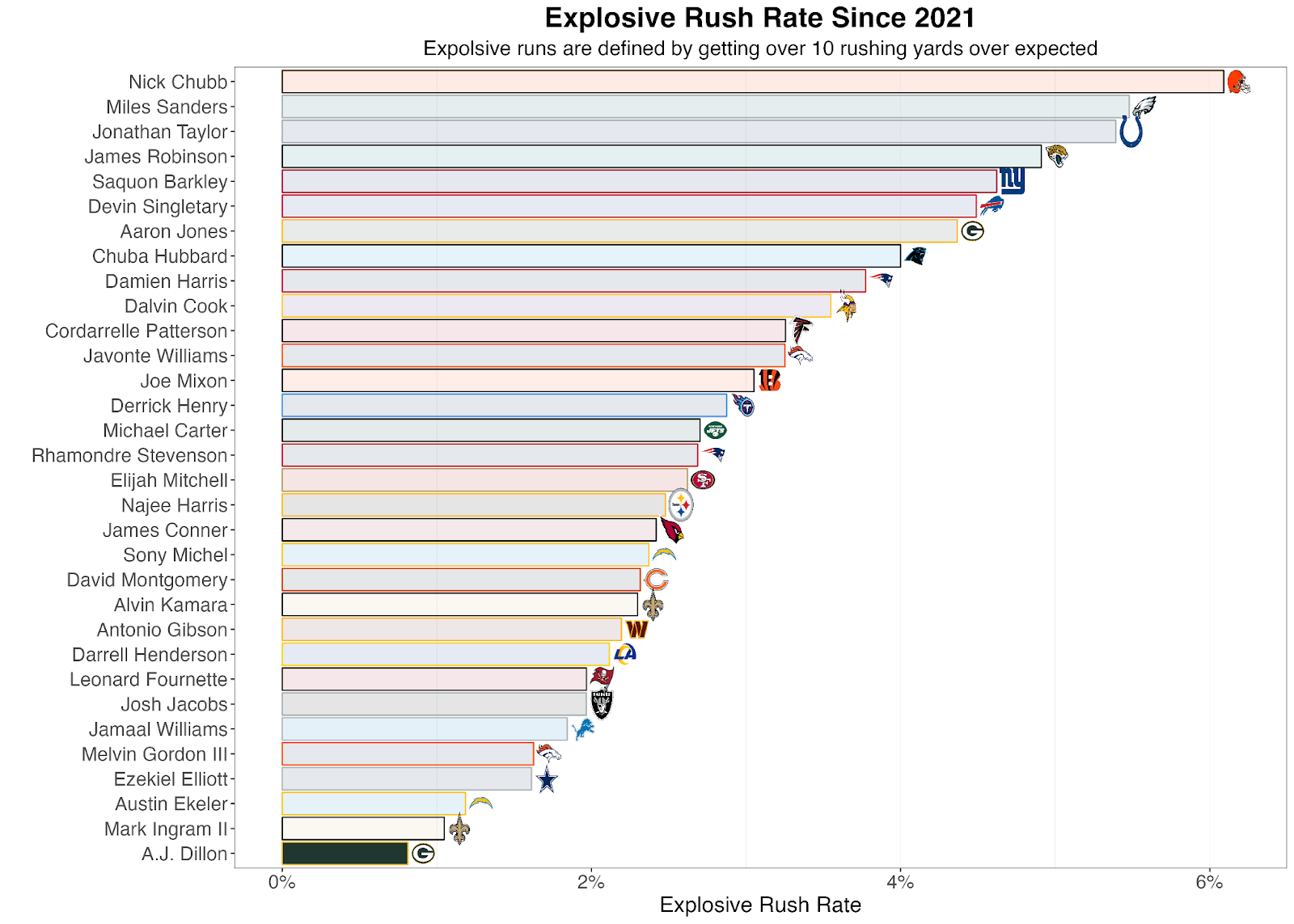 • Dillon isn’t Explosive: The quickest way for an under on a rushing yards prop to not hit is for the running back to break off an explosive run. A.J. Dilon has been the least explosive running back in the NFL since 2021 so that shouldn’t be much of an issue on Sunday.

• Dillon Has Struggled this Season: After having an above-average +0.29 rushing yards over expected per carry last year, Dillon has dropped to -0.87 RYOE/rush, well below the NFL average. His counterpart, Aaron Jones, has had a +1.18 RYOE/rush and should start getting the majority of the carries. 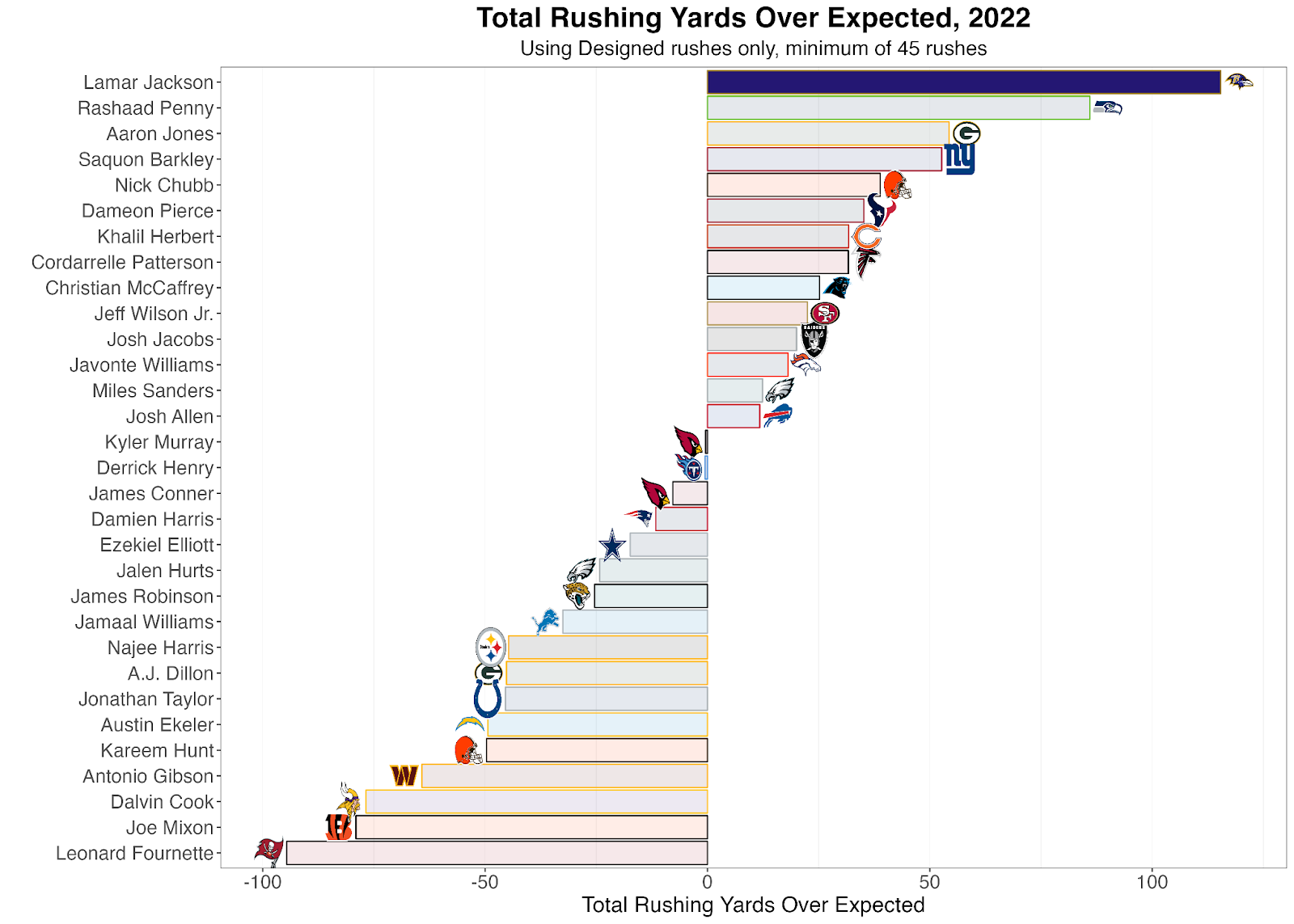 • Lamar Jackson is the NFL’s Best Rusher: On his 17 designed rushes this year, Lamar Jackson has accumulated +115 total rushing yards over expected, the most in the entire league. This doesn’t even include his scrambling ability, which is also very effective. 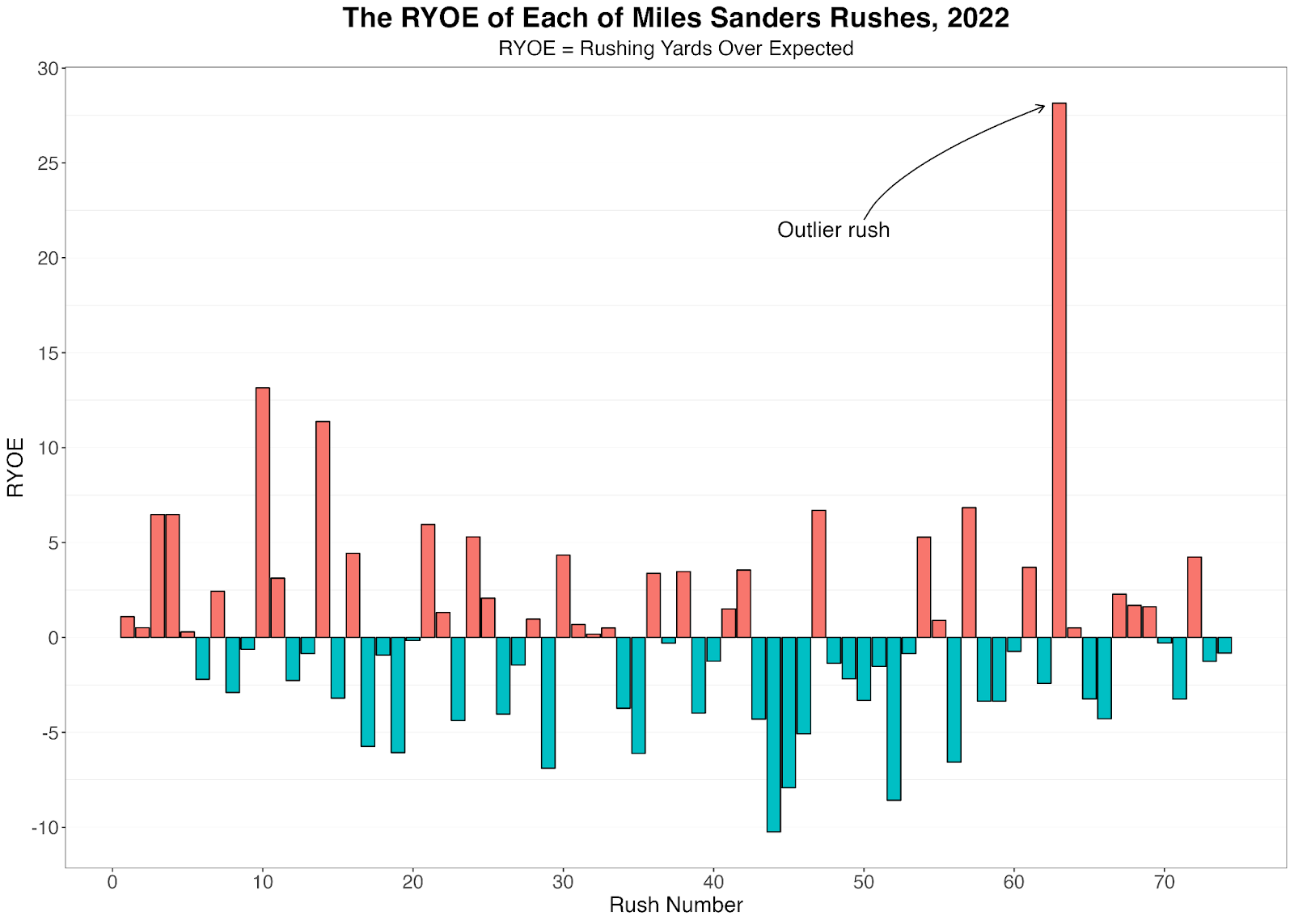 • Sanders’ Stats Have an Outlier: For most of the season, Miles Sanders was a below-average rusher but getting a 35-yard rush last week (+28.1 RYOE) has made his overall statistics and advanced statistics look better than they actually are. The percent of his rushes that generate positive RYOE is still 45.9%, which is below average.