In Week 10, we went 2-1 using various data points to bet on QB props. Patrick Mahomes over 2.5 passing touchdowns hit in the first half, and Justin Fields went under 24.5 pass attempts. Davis Mills went over 207.5 passing yards, despite getting closing line value, but we still added .85 units to our bankroll as we look for additional improvement in Week 11. 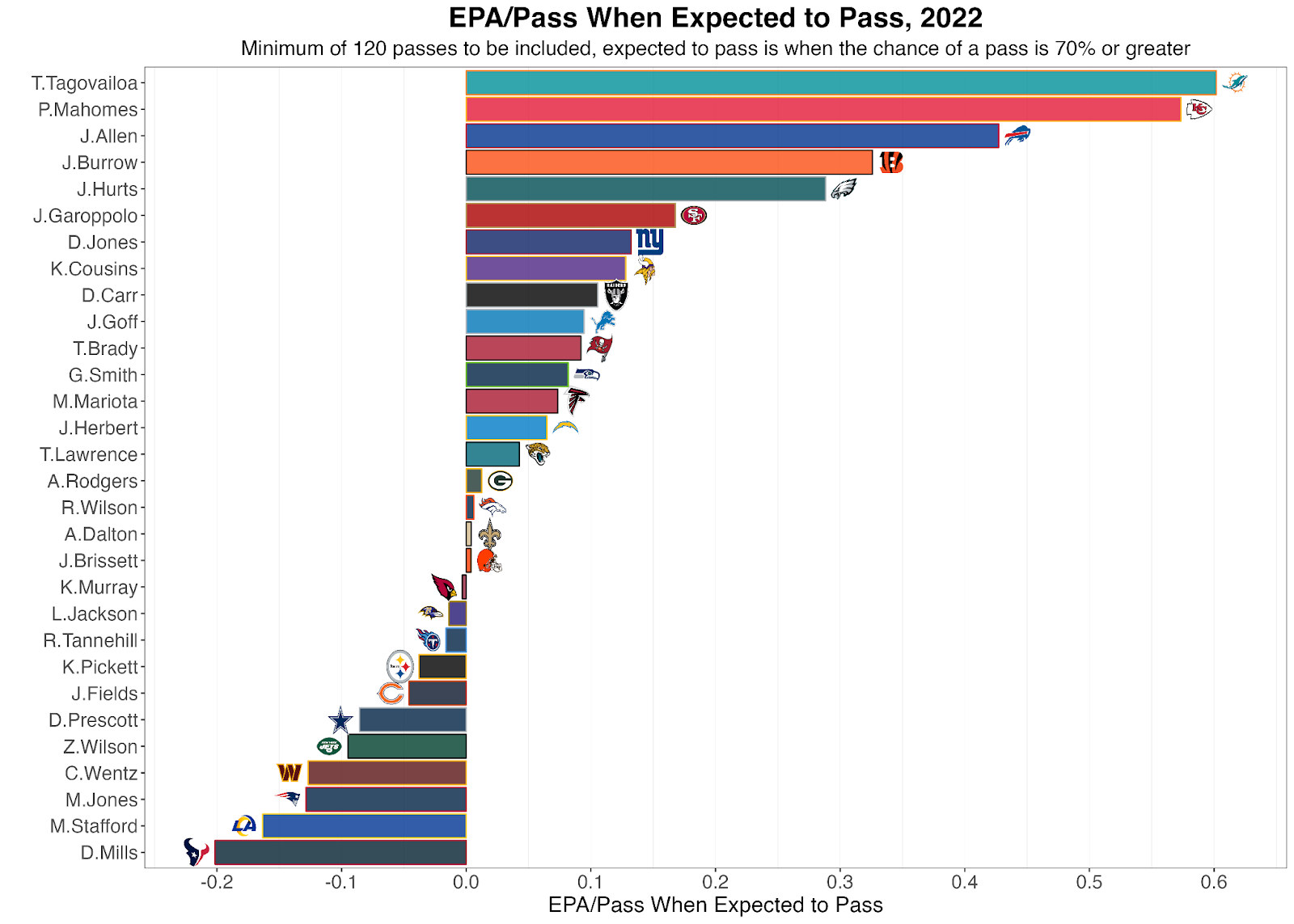 • Jones Struggles When Expected to Pass: This season, New England Patriots starting quarterback Mac Jones has had the 3rd worst Expected Points Added (EPA) when the chance of his team passing is 70% or greater. The New York Jets defense are PFF’s #1 overall graded defense meaning they could force Jones and the Patriots into a lot of expected passes.

• Jones Hasn’t Gone Over in a Month: The last time Mac Jones went over 203.5 passing yards was September 25th against the Baltimore Ravens meaning he went all of October without having a game with more than 200 passing yards. Against the Jets he threw for 194 yards on 35 attempts and against the Colts he threw for 147 on 30 attempts. He should have less attempts in this game but even if he doesn’t, it will be a tough path to go over. 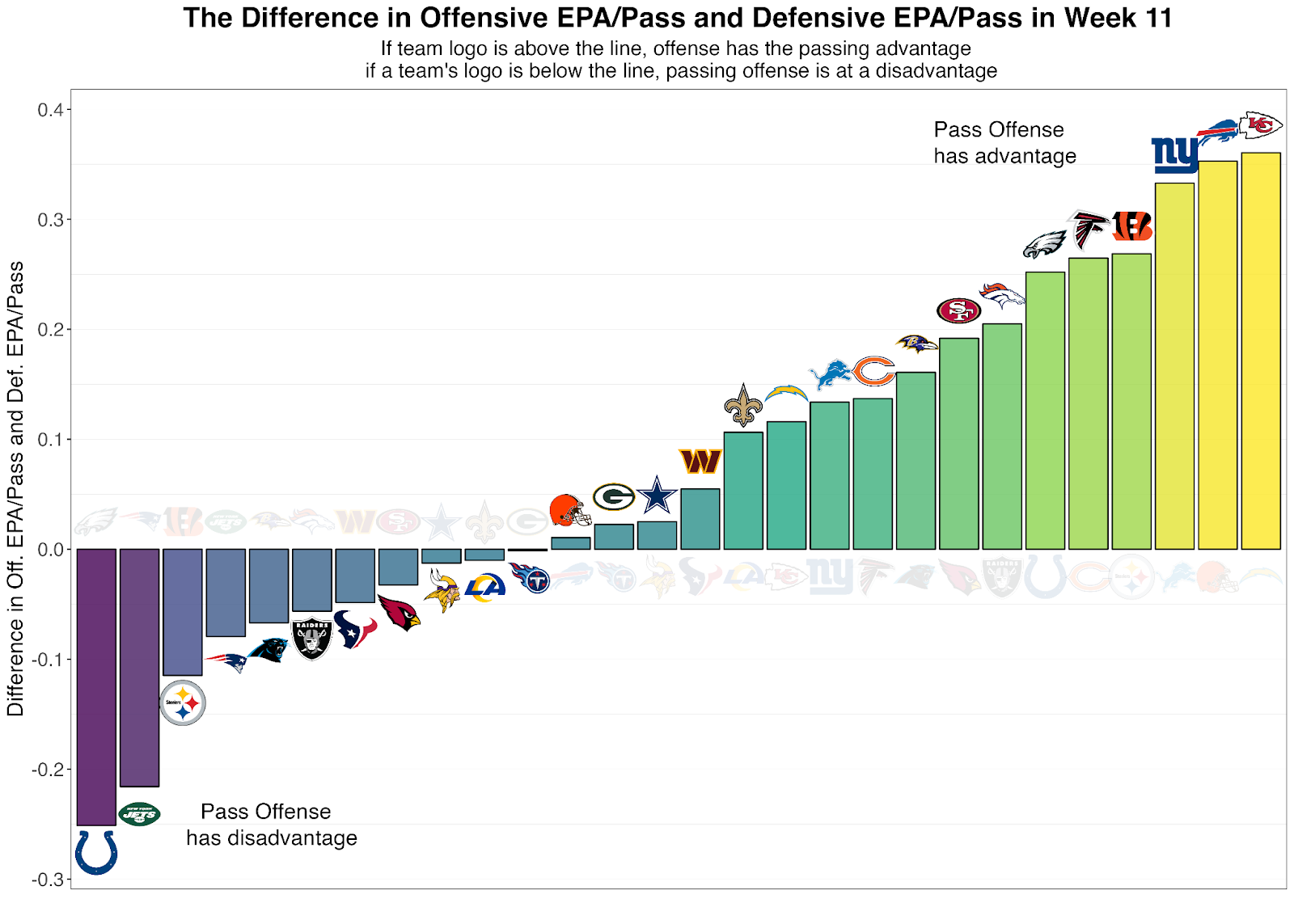 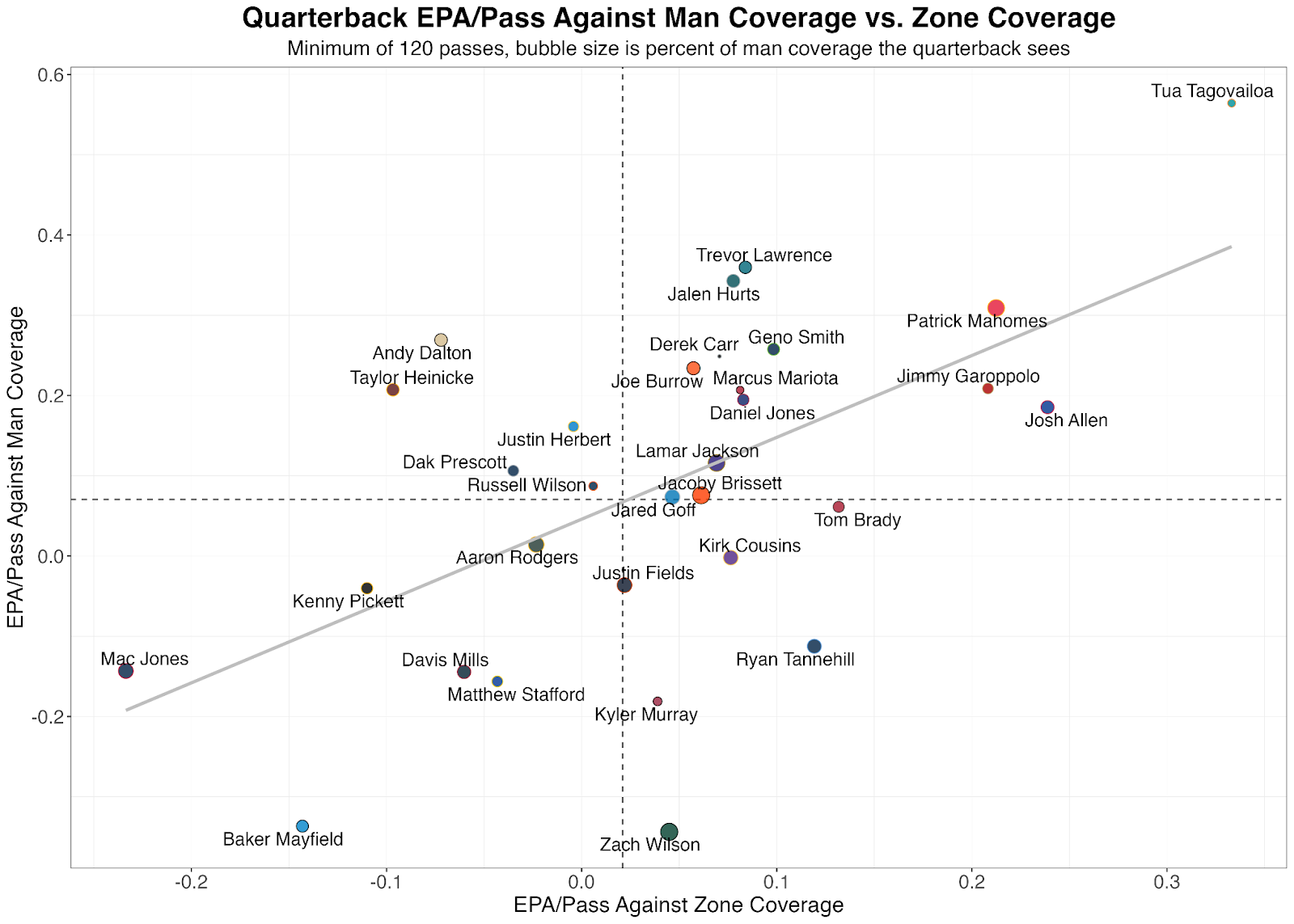 • Dalton has Struggled Against Zone: Most of Andy Dalton’s production has come on picking apart man coverage this season. Against zone coverage, Dalton has had a -0.07 EPA per pass, good for 5th worst among starting quarterbacks in the league.

• The Rams Only Play Zone: The Los Angeles Rams play the most zone coverage in the league playing zone on 90% of passing plays. This could be a bad matchup for Andy Dalton because of that and we wouldn’t expect him to complete around his usual number of passes.