The 2020 college football season is now in full swing, and the conference championships are just around the corner.

We have 53 games scheduled for Week 14, with 23 of our top 25 teams in action. The SEC has two quality matchups on tap, even if the recent struggles of LSU and Auburn make the possibility of an upset even less likely. The Big Ten is highlighted by a matchup between Indiana and Wisconsin, but the loss of QB Michael Penix Jr. is devastating to the Hoosiers' 2020 season. Clemson will take on Virginia Tech, with the Tigers needing a win to secure a place in the 2020 ACC Conference Championship Game and a chance to redeem themselves from their previous loss to Notre Dame. This could significantly impact the College Football Playoff, with two teams from the ACC possibly finding their way into the top-four bracket.

Many things still need to be sorted out before the conference championships, with Week 14 offering tons of intrigue as we begin to wrap up the regular season.

Week 14 brings back a high level of uncertainty, as we sit above the third quartile for weeks going back to 2014. Thirteen games have a moneyline spread short of -200, with odds still trickling in for matchups happening this week.

Last week went poorly, with my written plays going 0-3. My derivative bets slightly improved a poor weekend by going 2-1 to move to 20-12-1 on the season. These plays are discussed on the Saturday morning edition of the PFF Daily Betting Podcast.

We now sit at 60-65-1 on written full-game plays over the past two college football seasons. Let’s take a close look at some of my favorite bets to make from a PFF Greenline perspective for this Week 14 slate of games.

The Friday night special lives on in the Sun Belt, with bettors looking for action because of the empty Thursday Night Football slot. This is an intriguing matchup between two teams atop our Elo rankings in the conference, as both sit just outside of the top 25 in the FBS. 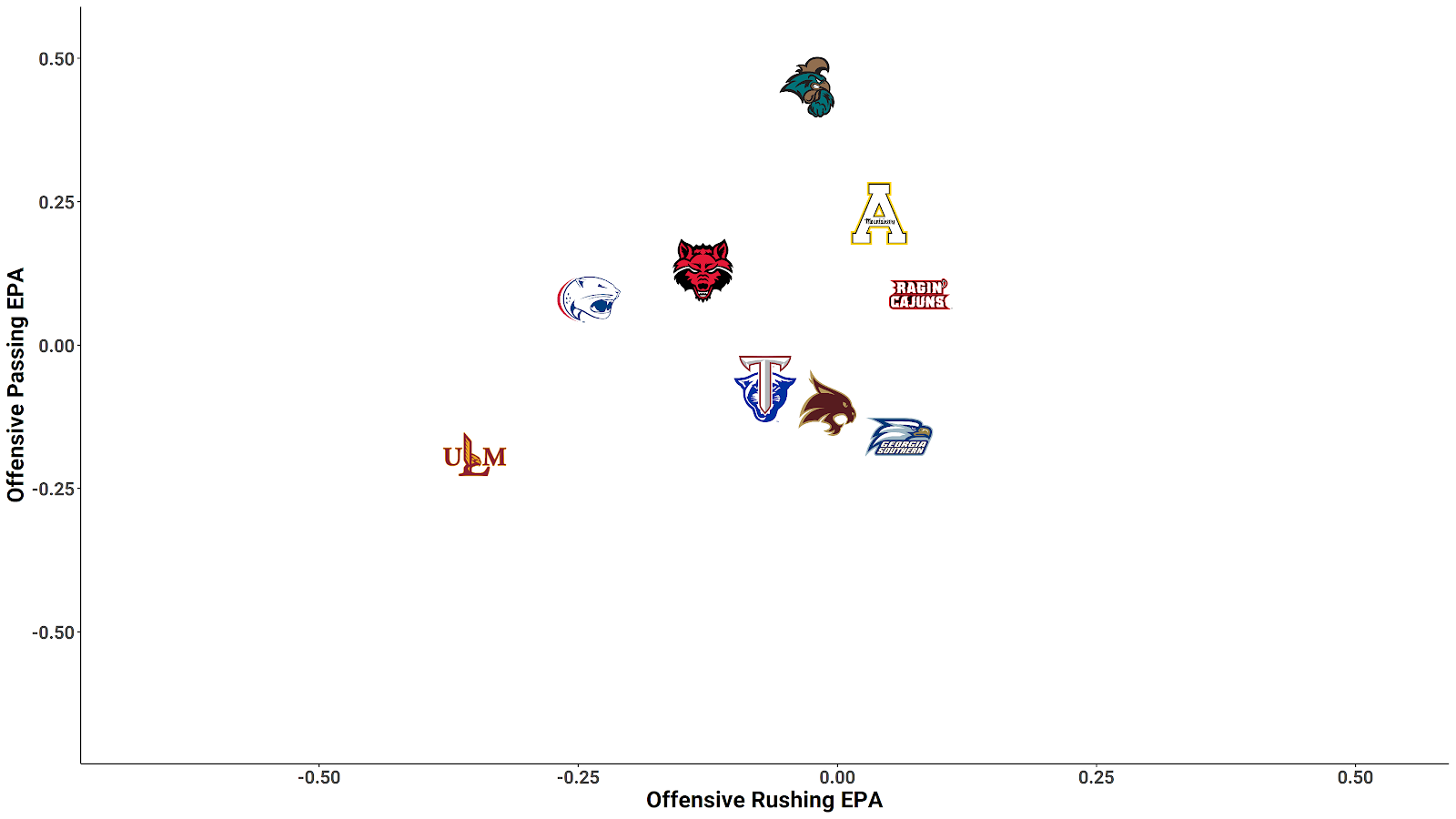 The spread has continued to move away from Appalachian State after an opening of -3.5 dropped to -2. The move through 3 adds significant cover probability to the Mountaineers, as we have seen over 9% of games end on the 3-point spread this season.

This line movement was backed by 55% of the cash and 51% of the tickets on the Ragin’ Cajuns, with the market slowly moving back towards Appalachian State on the latest line movement.

This is a situation where we are getting the slightly better passing offense and quarterback at less than a field goal favorite. Levi Lewis is the Davey O’Brien Award finalist, but Zac Thomas has the slightly better PFF passing grade from a clean pocket. With not much separating these two teams, I am trusting the process, with PFF Greenline finding 0.7% value at the current spread.

It is always noteworthy when a predictive model leans in the direction of a big favorite, especially on the road. The discrepancy between these two offenses is apparent, as Ohio State has by far the best opponent-adjusted offensive grade in the Big Ten while Michigan State sits with the second-lowest.

The main question that needs to be answered in this cover is if the Michigan State offense can be productive enough against the Big Ten's second-best defense. Rocky Lombardi ranks 11th in PFF passing grade, and the Spartans' offense is not generating a positive EPA per play on either pass or rush attempts. If this bet comes down to the play of the Spartans' offense against the Buckeyes' defense, I am laying the points every time.

The question lingering over this matchup is the status of Tristan Gebbia, with his leg injury labeled as “significantly more serious than we thought it was after the game,” according to Jonathan Smith.

The timing is unfortunate, as Gebbia is the second-highest-graded quarterback in the Pac-12 through four games.

The market appears to have already priced in his absence, as it quickly pushed out to -11.5 after opening as a -7.5 spread. Some buyers have come back to Oregon State after the steam move became overextended.

PFF Greenline currently projects that Chance Nolan will start, which highlights how overcorrected this market has become. Greenline gives the Beavers a 0.9% value to cover the 11.5-point spread.

There is also the chance that Gebbia is able to play on Saturday night and Oregon State stays tight-lipped about it. In this scenario, we should see significant buyback on the Beavers, which will push this line down significantly. The expectation is that this line won’t move any further if and when Gebbia is officially ruled out, which makes this an opportunity to buy into — not only for the value but also the possibility that he can play.