Seeking a contract extension, Seattle Seahawks All-Pro safety Earl Thomas, who has earned 80.0-plus overall grades in four the past five seasons, didn’t practice with the team until four days prior to Seattle’s season opener. Trade rumors involving Thomas’ name surfaced during his holdout and have carried into the regular season, but if Seattle’s front office did send Thomas on his way, they’d be trading 2018's best safety in football. 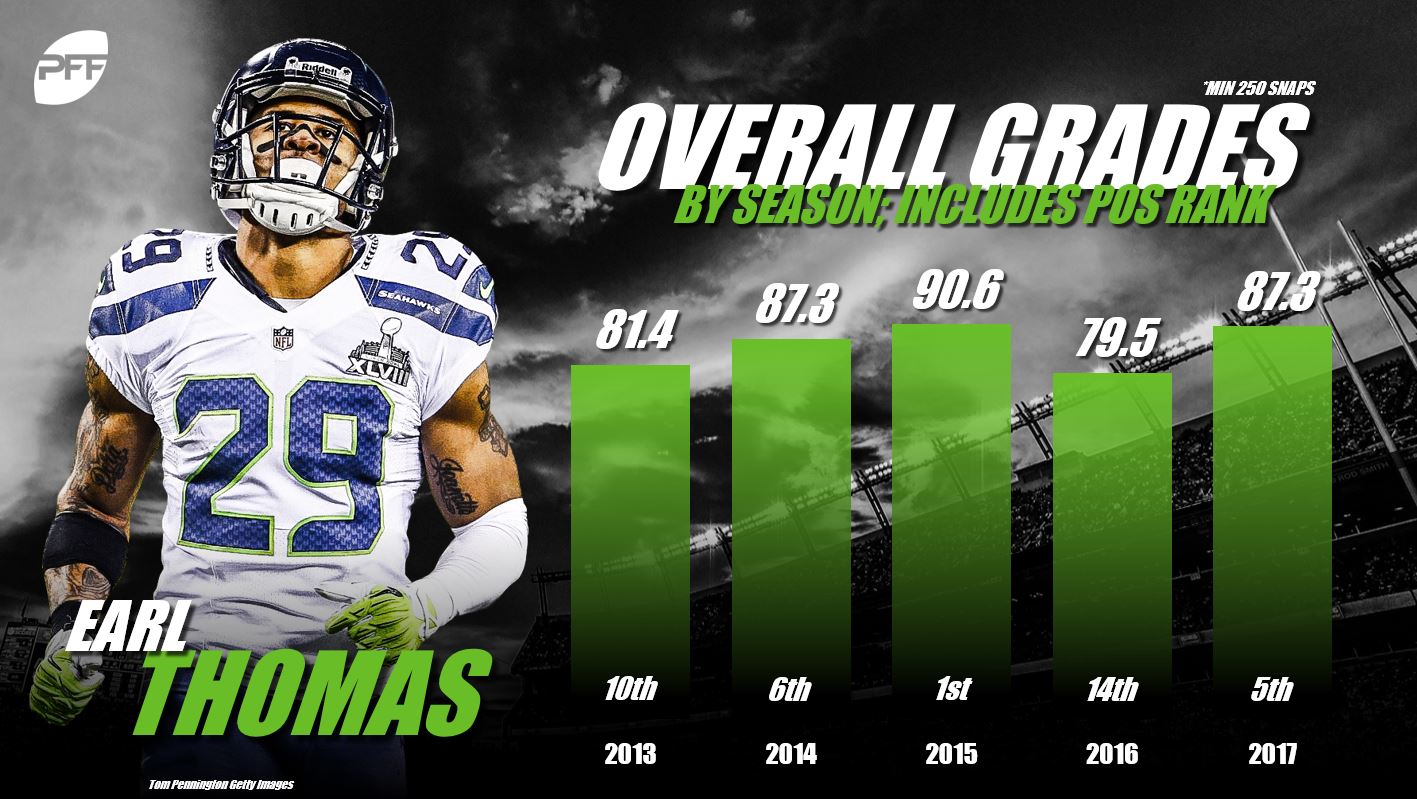 Thomas has earned a 93.0 overall grade through Week 3, which is three grade points above the second-ranked safety (Eddie Jackson, Chicago Bears) with 100-plus defensive snaps in said span. Thomas also leads all qualifying safeties in coverage grade (92.5) and ranks second in tackling grade (90.2). He also has zero missed tackles, five defensive stops and has allowed receptions on just two of his five targets for 21 yards. 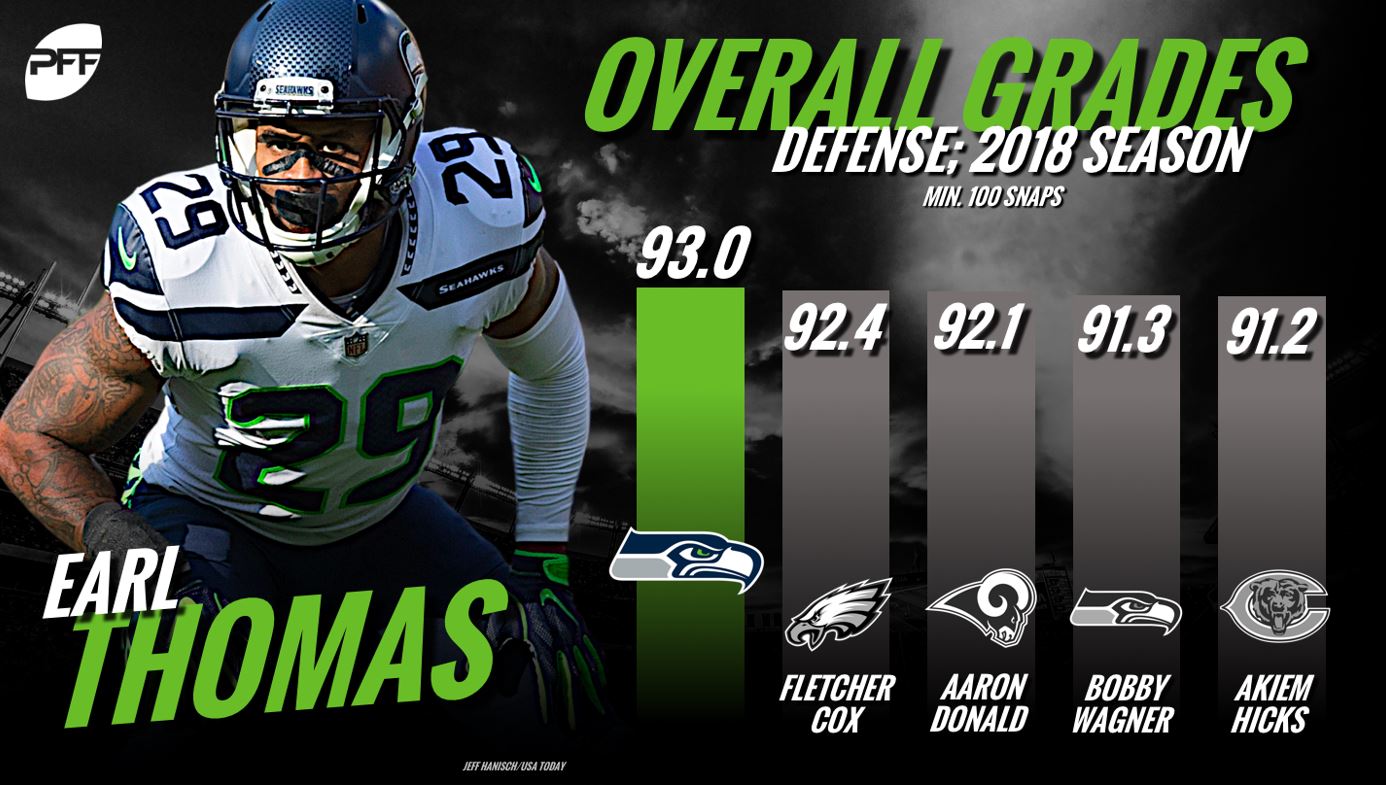 Most recently, Thomas added an exclamation point to his strong start to the season against a team that has been rumored to have a significant interest in acquiring him dating back to prior to the season in the Dallas Cowboys.

Per Jon Machota of the Dallas News, Thomas said Cowboys coaches said to him before the Seahawks’ Week 3 affair with Dallas, “You ready for the trade tomorrow?” Also, according to NFL’s Ian Rapoport on Monday, the Seahawks still want Thomas “to be a member of the team this year,” but the Cowboys are “still interested in potentially trading for him.”

Dallas’ sustained interest in Thomas isn’t surprising given the All-Pro’s play on Sunday.

Thomas recorded season-highs in tackles (seven) and defensive stops (three), and he came down with two impressive interceptions off deflections, the latter of which all but sealed the fate of the Cowboys and was followed by a bow to the interested team’s sideline.

Though the gentleman’s bow didn’t boost his grade, Thomas finished his dominant performance against what some believed to be his future team weeks ago with a team-high 91.1 overall grade. And he’s far from done.

Thomas is the only player in football capable of meeting the expectations of Seattle’s Cover 1/3 defense, and he looks as good – if not better – as he did in his career-best season (2015) despite rapidly approaching the infamous age of 30 years old. If the Seahawks is interested in any level of postseason success this season, Thomas will need to stay put.