The best special teamers in the NFL in 2016

The goal of the punt team is to put the opposing offense in as tough a field position as possible, and there are several key components. The snap needs to be clean and the punter needs to get the ball off quickly. Generally, the accepted operation time by special teams coaches is 2.10 seconds and under, and across the NFL this year the average time from the snap by the long snapper to the punt leaving the foot of the punter was 1.99 seconds.

When it comes to the punt, it depends on where on the field the team are punting for in terms of what the goal is. This is why traditional stats aren't a true reflection on a punter’s performance. Net yards are frequently touted as a key for punters, but it's important to remember that if a punter is punting from his opponent’s side fo the field, he's not looking to punt the ball over 50 yards, and instead is looking to hang the ball up and allow his coverage team to make a play to keep the opponent pinned inside their own 10-yard line. Our grading system, developed with the help of NFL punters, takes that into consideration.

From here it's up to the punt coverage team. This is led by the gunners on either edge, who are responsible for keeping initial contain on a return, making tackles, and keeping the ball from bouncing into the end zone. The punt offensive line need to get enough on any rushers that the punter has the 2.1 seconds needed to get the ball away, and then they too need to hustle downfield, stay in their lanes to prevent big plays, and make tackles or down the ball where necessary. With that in mind, these are the best at each job in punt coverage this season:

Gunner: Johnny Holton, Oakland Raiders
Stat to know: Made three tackles on 29 snaps as a gunner

Coverage: Joshua Perry, San Diego Chargers
Stat to know: Lined up as the left wing on punts on 56 of his 334 special teams snaps.

Coverage: Jeremy Cash, Carolina Panthers
Stat to know: Played exclusively on special teams as a rookie, lining up at both left wing and left tackle on 42 punts.

The opposite of the punt team, the return team is looking to break a big play, or at least give the offense the best possible starting field position. This starts with the returner, and nobody in the NFL was better than Kansas City Chiefs rookie Tyreek Hill in that regard this year, with 23 missed tackles forced and two touchdowns scored on punt returns alone.

On most occasions the returner can’t make plays on his own though, and needs good blocking. This starts with the vice, often referred to as anti-gunners. They line up opposite the gunners and try to slow their progress downfield. With the important of this position, teams often line up two vice on either side, as we have done with our team here.

Finally, the punt defensive line and linebackers are there to rush the punt, and/or slow the release of the punt offensive line, depending on the situation. The blocks are the highlight-reel plays, but jamming the left guard of the punt unit can free up a lane for the punt returner that otherwise wouldn't be there. 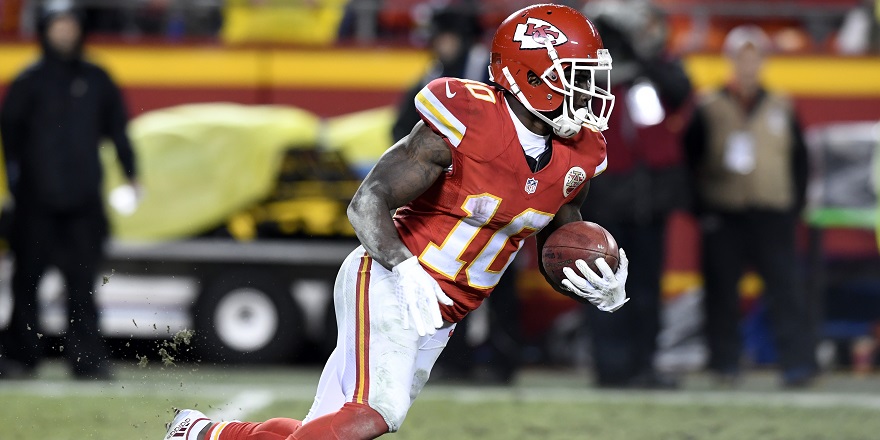 Vice: Matt Elam, Baltimore Ravens
Stat to know: First saw the field in Week 9, but this had the highest raw grade of any player at the position in the NFL.

Vice: Steven Nelson, Kansas City Chiefs
Stat to know: 28 of his 37 snaps as a vice came as the inside man on a double team, thwarting gunners as they attempted to get downfield.

Punt DL/LB: Byron Jones, Dallas Cowboys
Stat to know: Spent 27 of his 43 snaps on the punt return unit at linebacker.

Punt DL/LB: Corey Moore, Houston Texans;
Stat to know: Like Prosinski of the Bears, Moore lined up at 14 different spots on the punt return team.

The role of the kickoff team was involved in a big rule change this past offseason that saw more teams attempt to hang the ball up around the 5-yard line with so-called mortar kicks as opposed to, when they had a kicker capable of it, booming touchbacks to prevent any chance of a return. Talking with various coaches during the PFF training camp, opinion was split, with some favoring the idea of preventing any chance at a big return, and others liking the idea of pinning an opponent inside the 20-yard line if the coverage team did its job. With that in mind, we adjusted our grading on kickers on kickoffs to cover both the deep booming kickoffs, and those that hang up between the 5-yard line and the end zone.

Once the ball is in the air, provided the aim is to force a return rather than a touchback, it's all on the return team. Here, generally speaking, the players on the edge are responsible for keeping contain, while the players in the interior need to stay disciplined as they work toward the returner. Teams frequently drop two players back slightly as safeties to prevent a big return, but with the number of players who play that role, and it's important we've opted to highlight four safeties and six coverage men here. 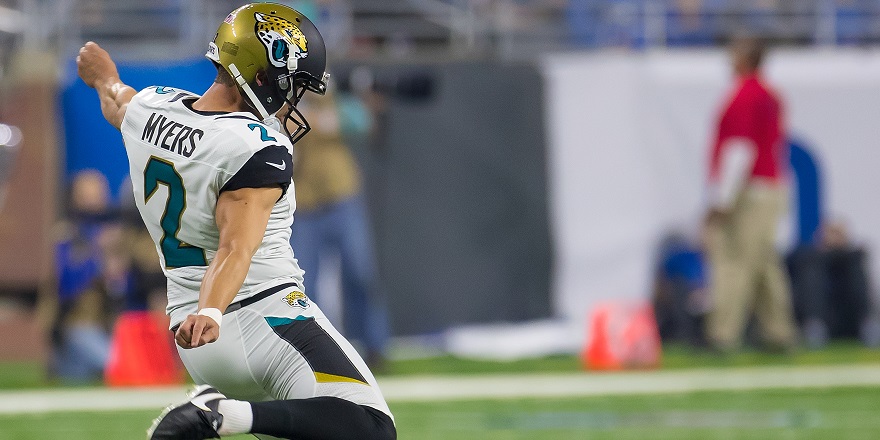 Safety: Ibraheim Campbell, Cleveland Browns
Stat to know: Played safety on kickoff until week 12, when he moved inside on the unit for the rest of the year.

Safety: Steven Terrell, Seattle Seahawks
Stat to know: Lined up as the R1 on 31 of his 57 kickoff snaps.

Similar to the punt return team, the goal here is to find a big play if possible, but at least get the ball to the 25-yard line so that the return has been more successful than a touchback. Obviously the returner is key here, but beyond him teams often set up in various ways. The unit is split into three walls, with some teams putting more players on the front wall, and others putting a heavier presence in the middle. The back wall is generally the strongest unit, filled by full backs, tight ends, and offensive and defensive linemen, and frequently teams will line up with two returners, or one with a returner and a lead blocker who attempts to lead the returner on their way. 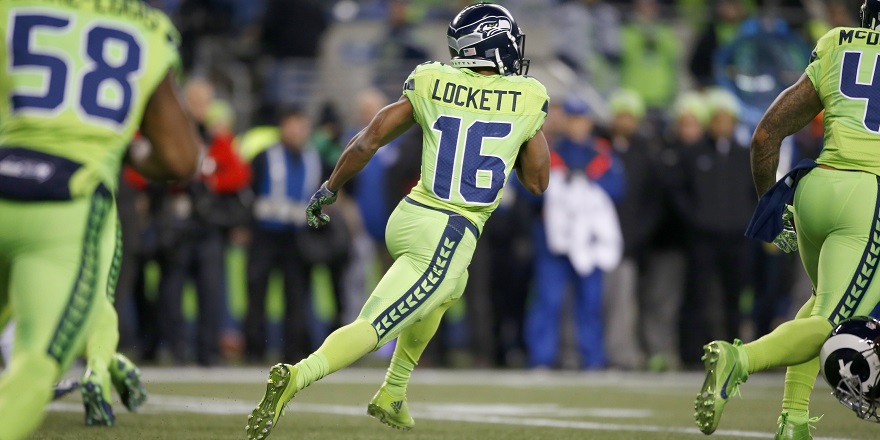 Return blocker: Kentrell Brothers, Minnesota Vikings
Stat to know: Only player to make two units on the All-PFF Special Teams teams, played all but one of his kick return snaps on the front wall.

Return blocker: Will Tukuafu, Seattle Seahawks
Stat to know: Played 29 snaps as part of the back wall on the Seahawks return unit.

Return blocker: David Morgan II, Minnesota Vikings
Stat to know: The second Vikings’ rookie on this unit, he split his time between the back and middle walls.

Return blocker: Jon Feliciano, Oakland Raiders
Stat to know: All 61 of his kick return snaps came on the back wall.

Return blocker: Cory Littleton, L.A. Rams
Stat to know: All 80 of his kick return snaps came on the front wall.

For field goals and extra points, the offensive line is there to protect and ensure the kicker can get the ball away, with the snapper and holder combining to get the ball down on the spot quickly. Given the nature of the roles, it would be unfair to highlight just seven offensive linemen when there we are in the double digits of players who played on the offensive line but didn't allow pressure on field goals and extra points. It's similar for holders, where it wouldn't be fair to highlight just one when very few holders made errors this year. On the defensive side, blocking and getting pressure is rare, so we've instead opted to highlight the best player at blocking field goals and extra points, which this year was Cincinnati Bengals' Margus Hunt, who finished the year with three blocked kicks. 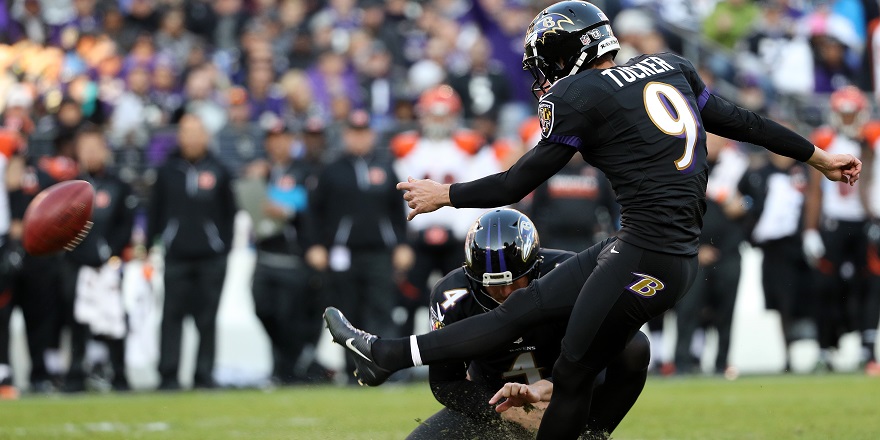