Antonio Brown, Le'Veon Bell and Jesse James' departures are yesterday's news in the ongoing and ever-changing NFL offseason. As a result, The Pittsburgh Steelers now have the fifth-most targets and third-most air yards available – and no shortage of candidates to seize the opportunity.

An underrated, but qualified contender is six-year veteran tight end Vance McDonald, who is entering his third season playing alongside Steelers quarterback Ben Roethlisberger. The former second-round pick saw career highs in snaps (423), receptions (49), yards after contact (379) and more in 2018. He did this while playing only 50% of the team’s snaps, out-snapping James by just a single play. 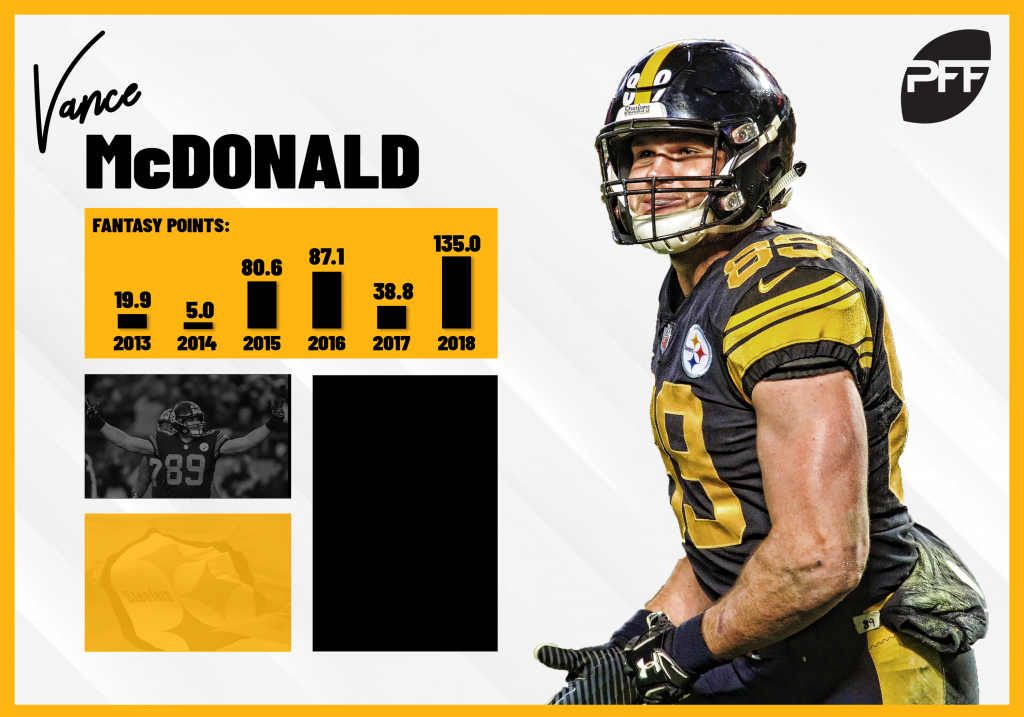 PFF recently ranked McDonald as the eighth-best tight end heading into 2019. His field positioning directly correlates with his offensive effectiveness, as he nearly saw career highs in snaps played out wide (43) and in the slot (104), and his total snaps played from the backfield (8) was lower than any of his previous seasons with San Francisco. This snap distribution hugely demonstrates Pittsburgh’s affinity to utilize the veteran primarily as a pass-catcher as opposed to a blocking tight end.

Perhaps McDonald’s best attribute in 2018 was his increased offensive efficiency. His ability to make people miss was among the best at his position in a season in which he forced 14 missed tackles — second at his position — but his 49 receptions also ranked 12th. His effectiveness makes him a prime candidate to lead the tight end position in missed tackles forced this season.

Steelers wide receiver JuJu Smith-Schuster will likely lead the team in targets, but Roethlisberger had a higher passer rating when targeting McDonald than any other Steelers pass-catcher with 30-plus targets. A building block of said high passer rating is the fact that Roethlisberger supplied McDonald with a catchable ball on 80.3% of his targets which was the 11th-highest rate among tight ends who saw 30-plus targets last year. The positive relationship between Roethlisberger and McDonald bodes well for the tight end’s stock as second-year offensive coordinator Randy Fichtner continues to call the plays for the Steelers heading into 2019. 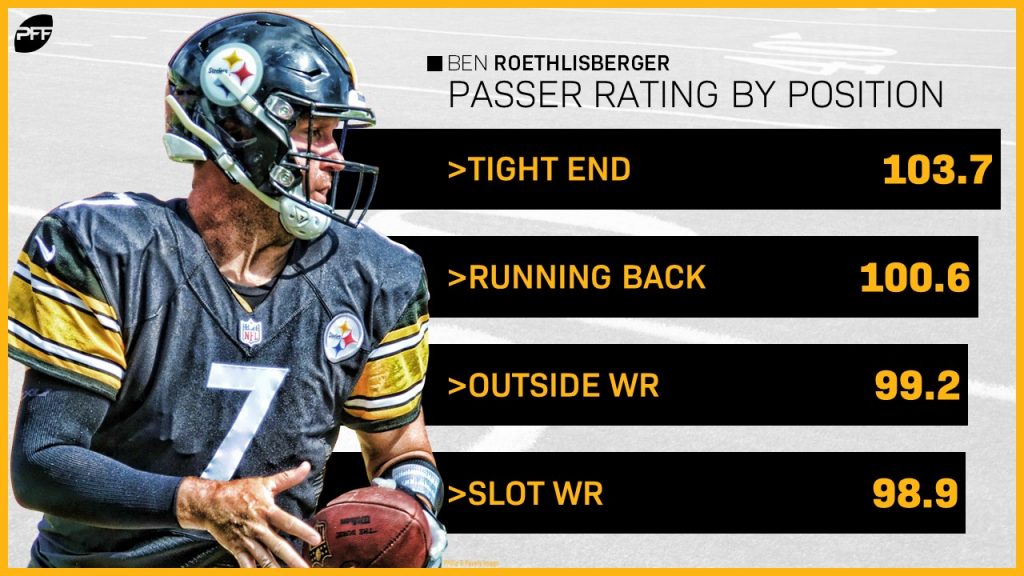 Although the Rice alumnus’ offensive production is what has people excited, his blocking abilities are almost just as valuable. McDonald has earned a 70.0-plus pass-blocking grade in four of his six seasons and even owned the top grade in run-blocking among tight ends with at least 100 snaps (84.4) in 2018.

PFF projects McDonald to record 79.9 targets, 56.2 receptions and 621.4 receiving yards – all of which would be career highs. He’s also currently being selected as TE9 in fantasy football drafts, ahead of players such as Cleveland’s David Njoku and Atlanta’s Austin Hooper, both of whom have seen their stock trend upward as we approach the season.

Even though the veteran tight end will be 29 years old by the time the season kicks off, he is one of five tight ends to earn their first top-ten season in terms of fantasy points after the age of 27 (TE10 in 2018 at age 28).

With James — the Steelers’ 2018 leader in tight end targets — now residing in Detroit, no one should be surprised if we observe a breakout offensive year from McDonald as he works to fill the void left by Pittsburgh’s star-studded departures.