Prior to June 28, Tampa Bay Buccaneer fans were thinking about their newly-stocked cupboard on the defensive line to go along with already elite defenders in LB Lavonte David (94.2 grade) and DT Gerald McCoy (90.3). They were thinking about how the addition of center Ryan Jensen (74.9 grade) and his 98.4 pass-blocking efficiency, tied for seventh best among centers, would improve the offensive line. In addition, thoughts probably were percolating about how their three second–round picks RB Ronald Jones (92.4 college grade) and cornerbacks M.J. Stewart (87.9) and Carlton Davis (82.0 grade), would give the offense another homerun threat and help a pass defense that was last in the NFL in yards allowed per game. 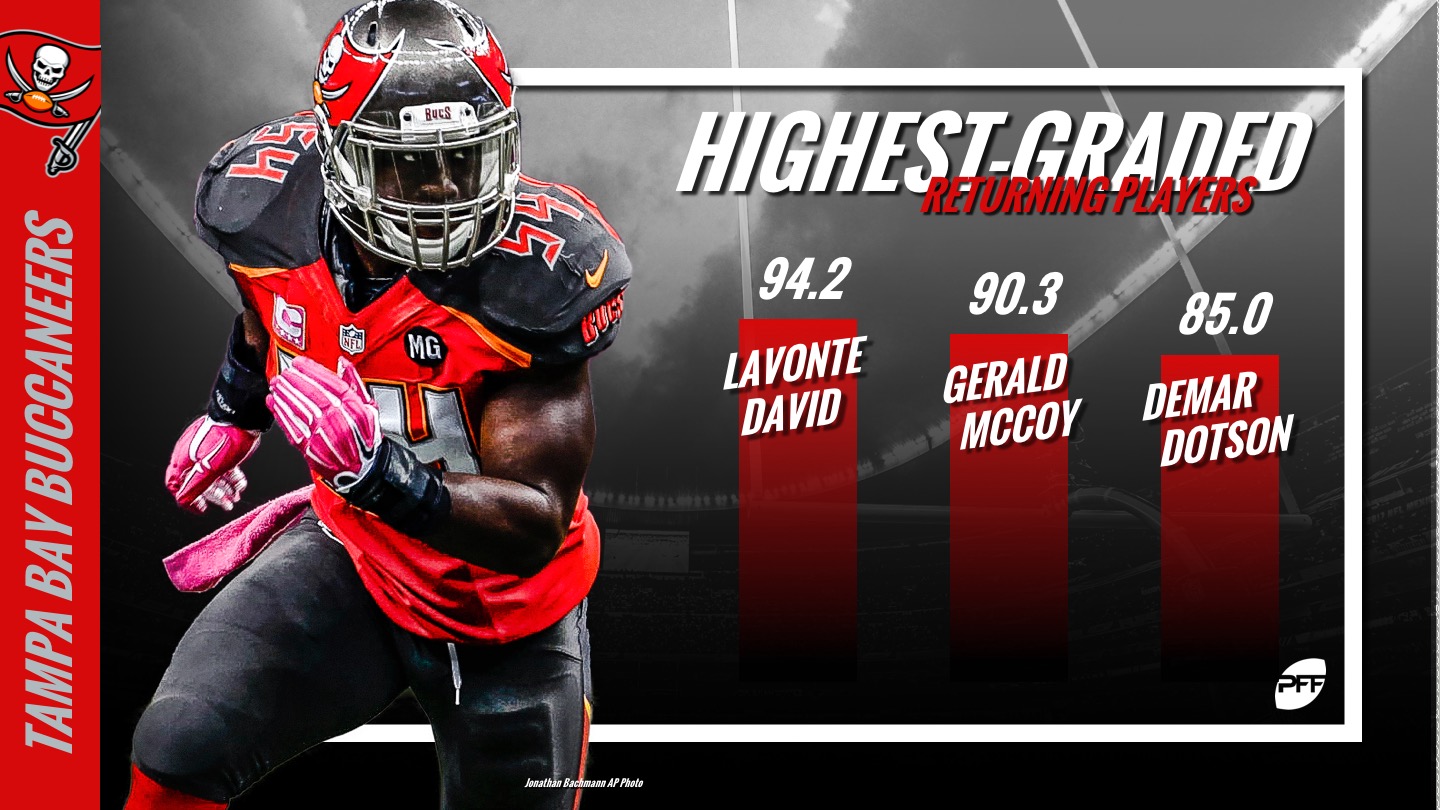 That all changed, obviously, after the news broke that QB Jameis Winston (81.2 grade) would be suspended the first three games of the season for violating the NFL’s personal conduct policy.

In Fitz we trust

In 2017, Ryan Fitzpatrick (73.2 grade) played 30-plus snaps in five games, starting three and winning two of those three starts. His starting game-by-game grades were indicative of the two wins and lone loss, finishing with an overall games grades of 42.2 (loss), 84.9 and 78.6, both wins.

While it's been outlined what the Bucs should look like in their first three games with Fitzpatrick leading them, independent of that and anything else, the schedule is not very favorable for the Bucs in the first three weeks, as they travel to division-rival New Orleans in Week 1 and then host the Super Bowl champion Philadelphia Eagles and Pittsburgh Steelers in Weeks 2 and 3. If Fitzpatrick can effectively use the weapons at his disposal, including veteran WRs Mike Evans (83.3) and DeSean Jackson (82.5), TE Cameron Brate (79.9) and second-year players WR Chris Godwin (79.9, second-highest rookie receiver) and TE O.J. Howard (No.1 in yards per route run among rookie tight ends), then the Bucs could possibly avoid an 0-3 start.

Outside of the continually-dominant McCoy and still-unsigned Robert Ayers (89.3), defensive line play was not a quality piece of the Bucs defense in 2017 (no other player graded above 70.0). Watching the Eagles ride their defensive line depth to a Super Bowl title inspired the Bucs this offseason, as they’ve focused almost exclusively on this area.

They concluded the overhaul by taking Washington’s Vita Vea with the 12th overall pick in the first round.

Independent of the first three games, the Bucs season – and future for that matter – is dependent on the growth and development of Winston.

If he can develop consistency and eliminate his turnover-prone nature (sixth highest turnover-worthy play percentage) while accentuating his strengths (No. 2 passer rating from a clean pocket, No. 2 ‘accuracy+' percentage on tight-window throws and No. 3 passer rating in the third and fourth quarters), the Bucs could surprise in the NFC South in 2018 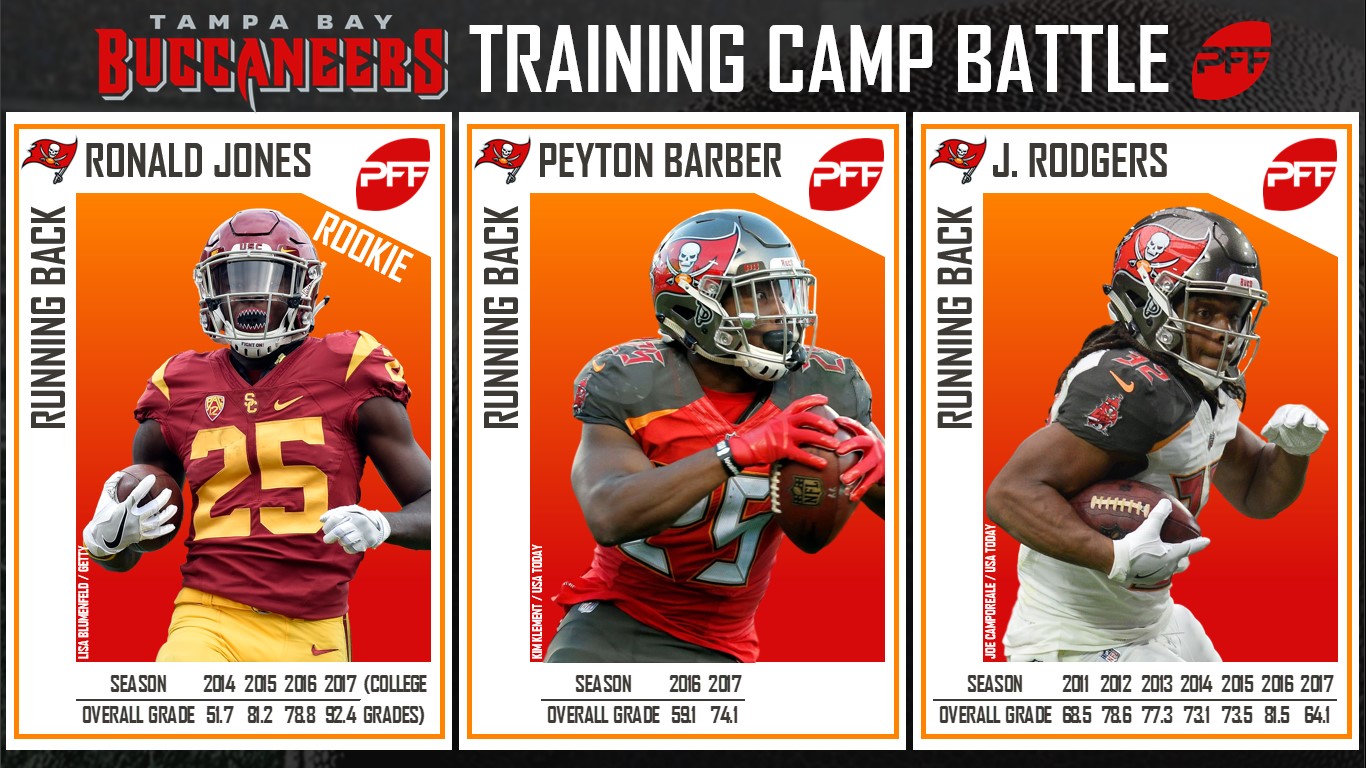 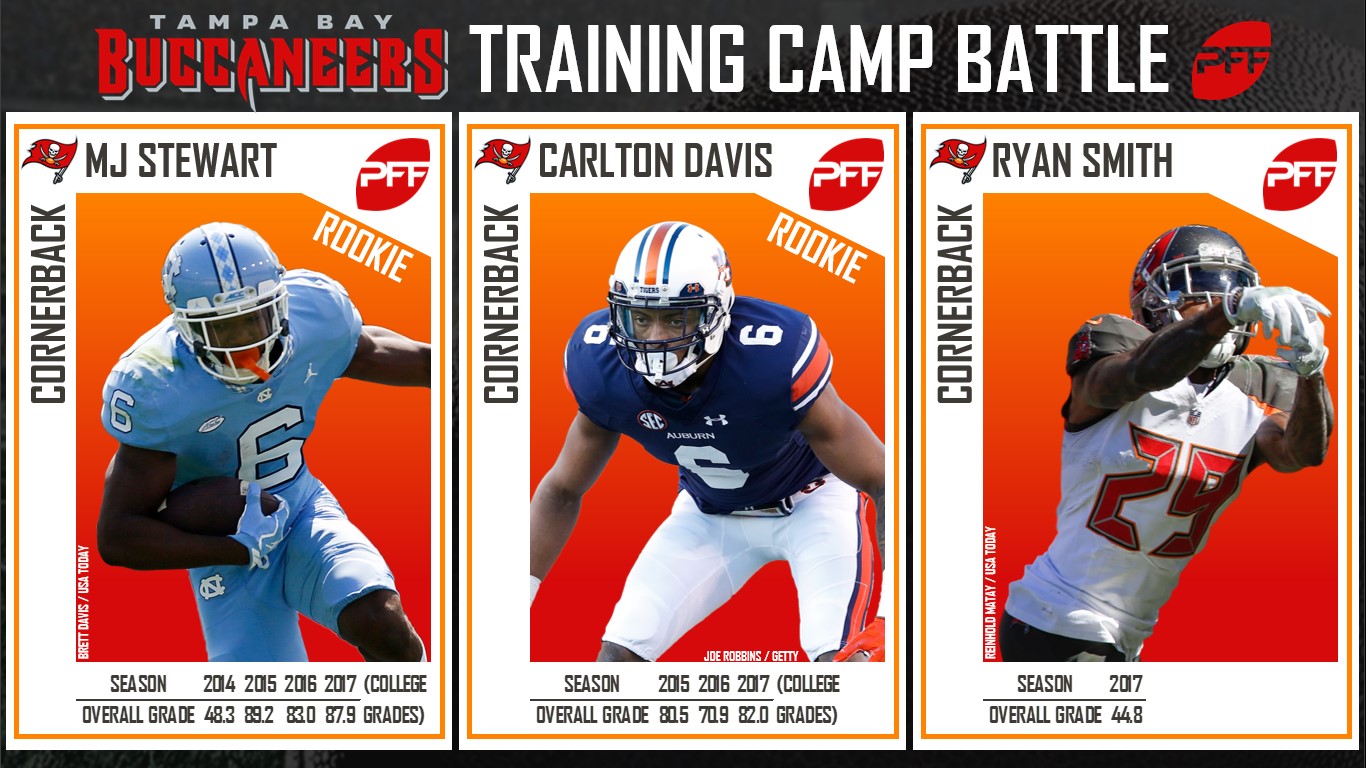