As the NFL regular season is a mere weeks away, we at the PFF Forecast have been previewing 2018 outlooks for each of the NFL’s divisions as a part of our weekly podcast, after spending the majority of the offseason reviewing teams’ 2017 season from the analytical perspective.

The NFC South was a division that we picked more than any other a season ago, and for good reason. Our numbers (PFFELO, PFF Massey, etc.) were very bullish on the Atlanta Falcons, and they were one Julio Jones touchdown catch away from the NFC Championship Game. We all remember The Minneapolis Miracle that kept the similarly-rated New Orleans Saints from a trip to the same game and kept us from our 15th win in our weekly Lock of the Week picks. The Tampa Bay Buccaneers were a team with which we had difficulty (going 1-6), likely due to some of their (positive) numbers we discuss below.

Our projections make use of our PFFELO rating system, which is an iterative, backward-looking algorithm that leverages PFF grades to yield a schedule-adjusted power ranking that can predict roughly three-fourths of the variance in the Vegas spread on a weekly basis. Added to PFFELO are variables that take into account time zone, rest, opponent-adjusted quarterback grades and coaching metrics, among others.

Below are our full projections, as well as some other interesting discussion points for the dirty south. These projections are updated from Episode 28 of the PFF Forecast. Our numbers suggest that there are two teams with a real shot at winning the Super Bowl from this division, with some regression expected from the Carolina Panthers and a tough season for the Bucs. Odds are in parentheses and are sourced from BetOnline. 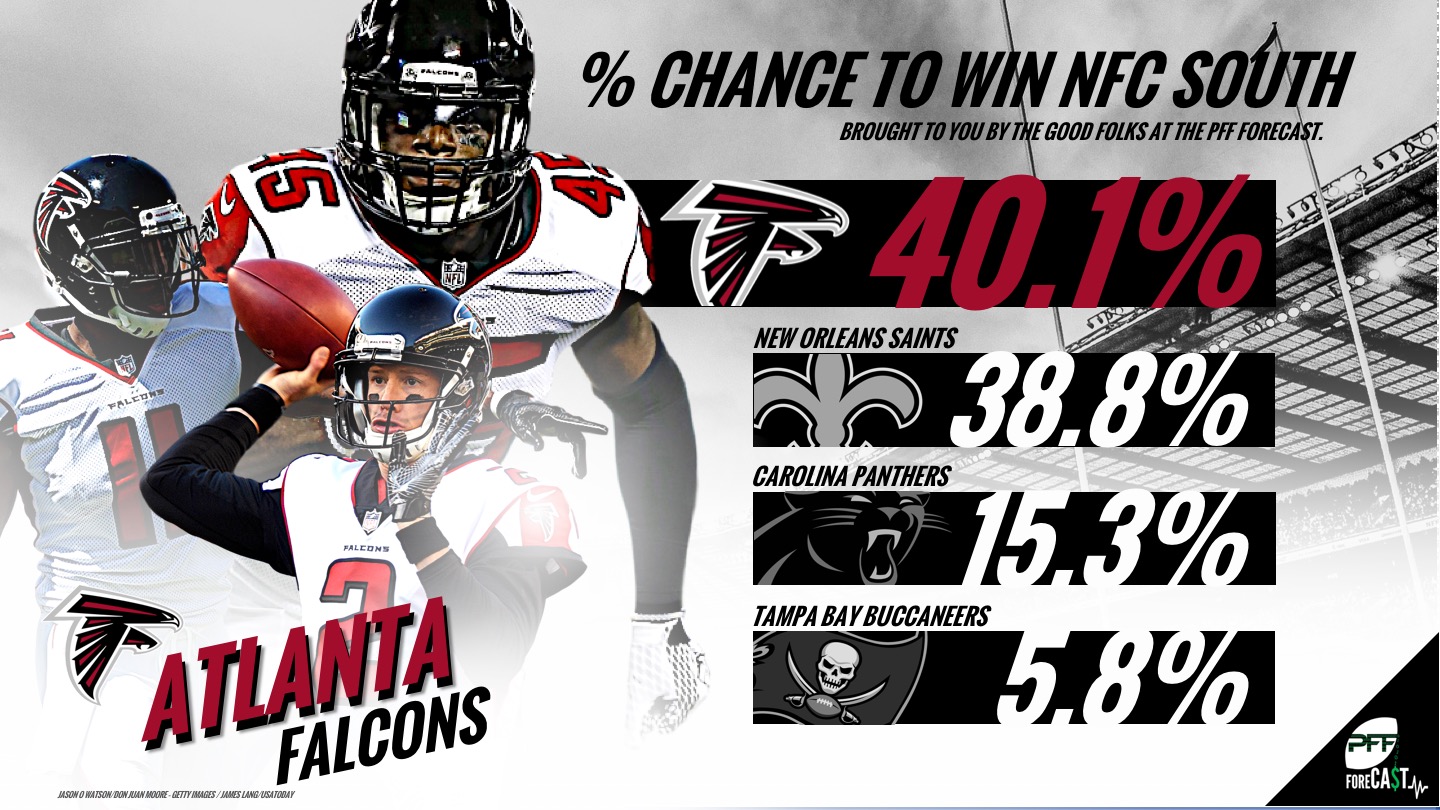 After earning the No. 2 seed in the NFC playoffs and a berth in the Super Bowl in 2016, the Falcons struggled to third place in the NFC South a season ago, falling behind an upstart New Orleans team and a Carolina team reverting back to contention after a fluky 6-10 year in 2016.