GLENDALE, AZ - OCTOBER 01: Quarterback Brian Hoyer #2 of the San Francisco 49ers walks off the field during the NFL game against the Arizona Cardinals at the University of Phoenix Stadium on October 1, 2017 in Glendale, Arizona. The Cardinals defeated the 49ers in overtime 18-15. (Photo by Christian Petersen/Getty Images) 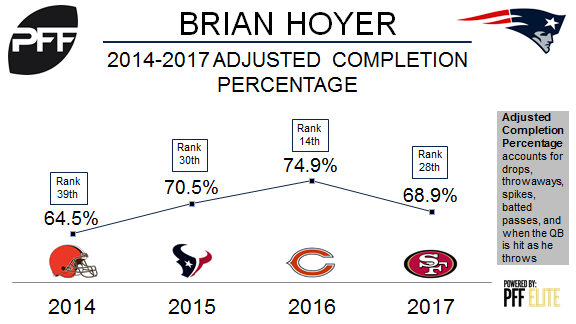