Beyond providing data for all 32 NFL teams, PFF also supports network broadcasters with game-preview packets that are used to enhance the in-game experience for fans and viewers. This Steelers-Ravens preview features the same information our broadcast partners use for team research and in-game production. 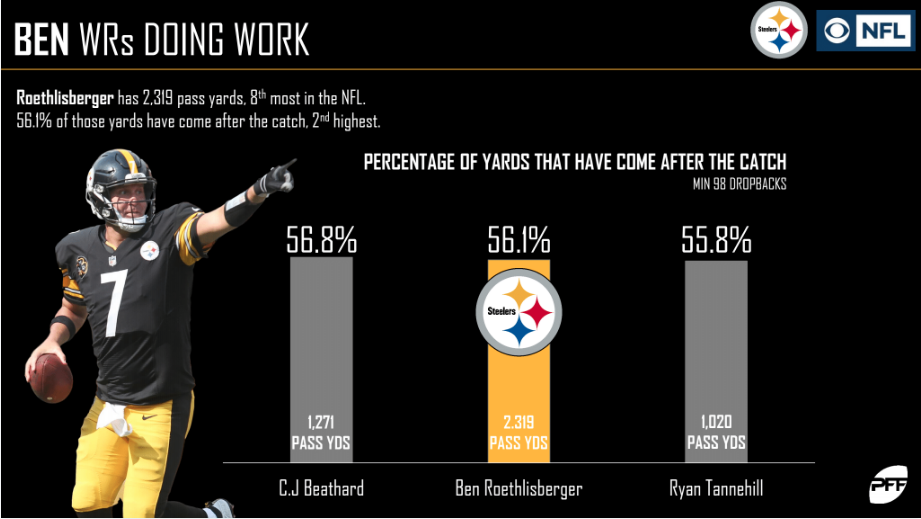 Just a tad off

To say Ben Roethlisberger has been a “little off” this season might be an understatement. Combine 46 inaccurate throws with 13 turnover-worthy plays, and it isn’t a huge reach to wonder if Big Ben is beginning to fslow down. 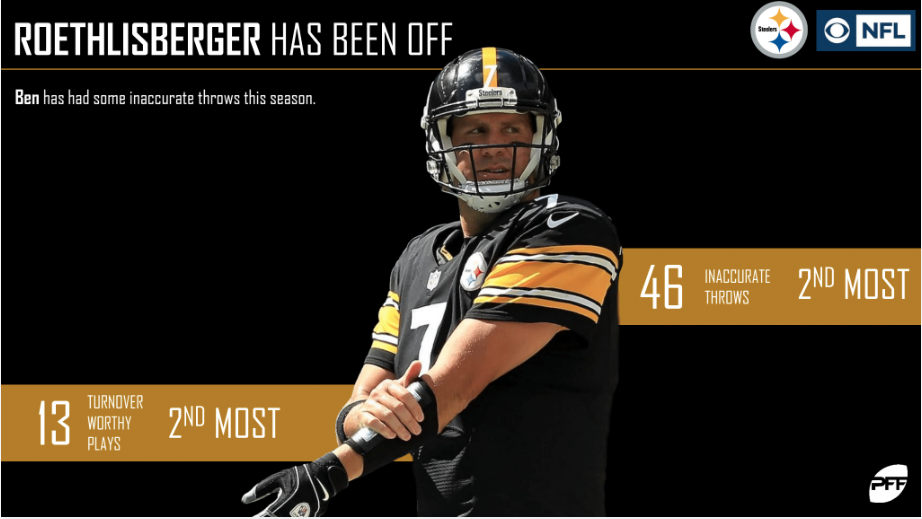 Watt performing well against the run

18 total run stops with 21 total tackles (both third among edge defenders) and it’s no wonder T.J. Watt has earned an impressive 83.8 run defense grade this season. 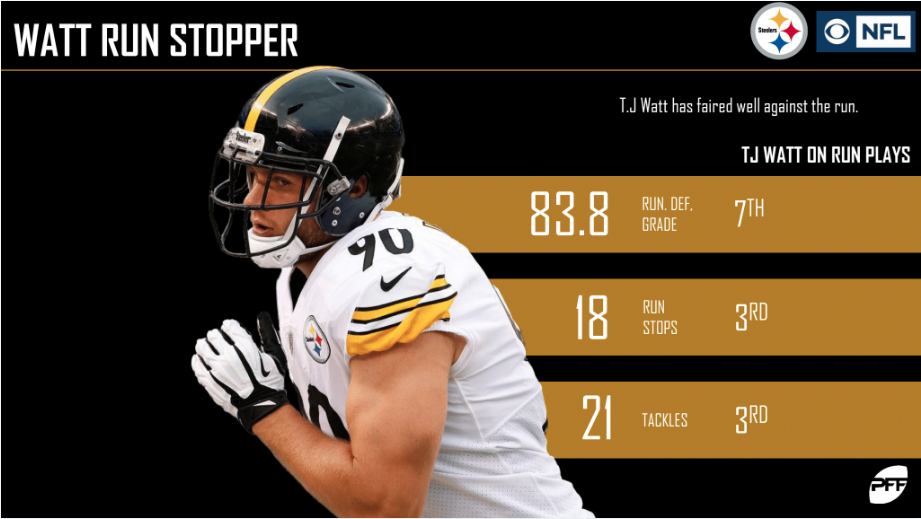 Hilton holdin’ down the slot

Mike Hilton has performed well in the slot for the Steelers this year, forcing seven total incompletions and allowing zero total touchdowns. 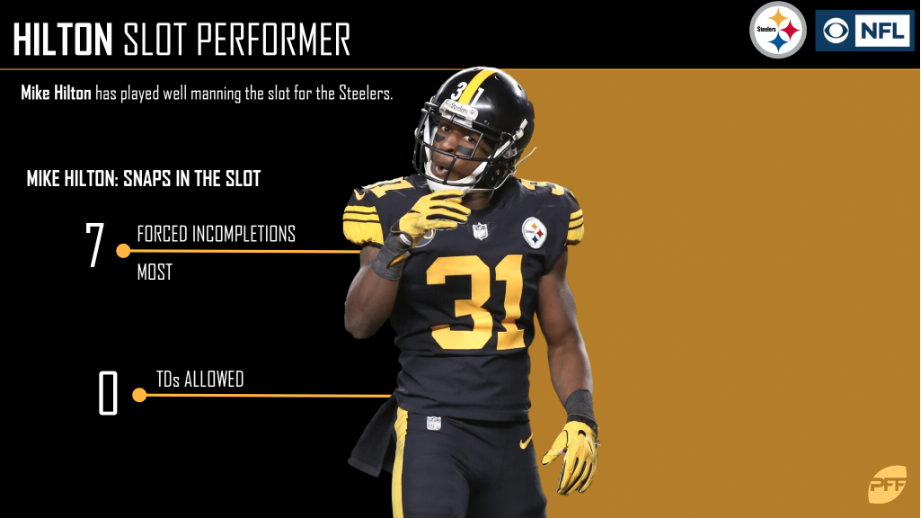 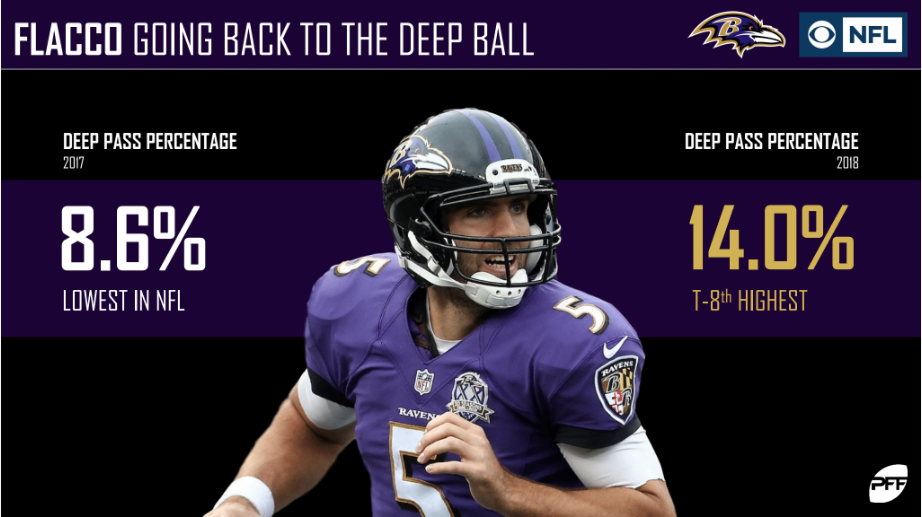 While Flacco has shown a willingness to go deep more often, it hasn’t exactly produced good results. His deep passer rating of 52.1 ranks 33rd among quarterbacks and is nearly half of the NFL average. 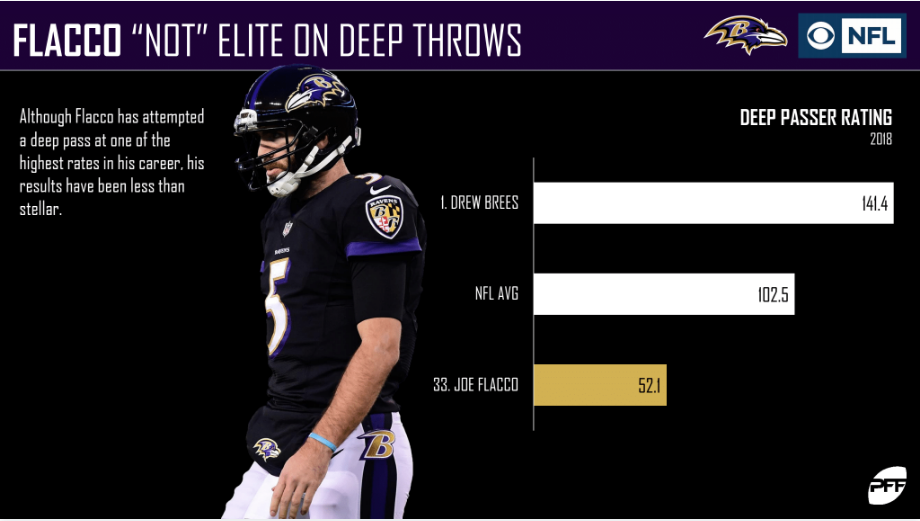 Best secondary in the NFL? 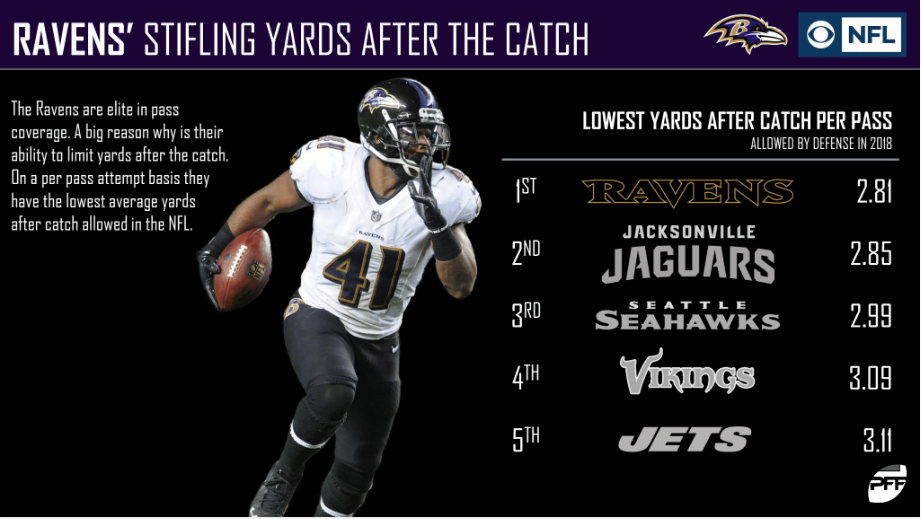 Pay attention to Humphrey vs. Smith

PFF Greenline has projections for the spread, moneyline and over/under of the Steelers' matchup with the Ravens. Get its picks here.