Beyond providing data for all 32 NFL teams, PFF also supports network broadcasters with game-preview packets that are used to enhance the in-game experience for fans and viewers. This Saints-Giants preview features the same information our broadcast partners use for team research and in-game production.

Odell Beckham Jr. may have missed the majority of last year to an injury, but he's picked up right where he left off. A constant big-play threat, he has also continued to impress with his reliable hands and has managed to haul in all 24 catchable passes thrown his way this season. 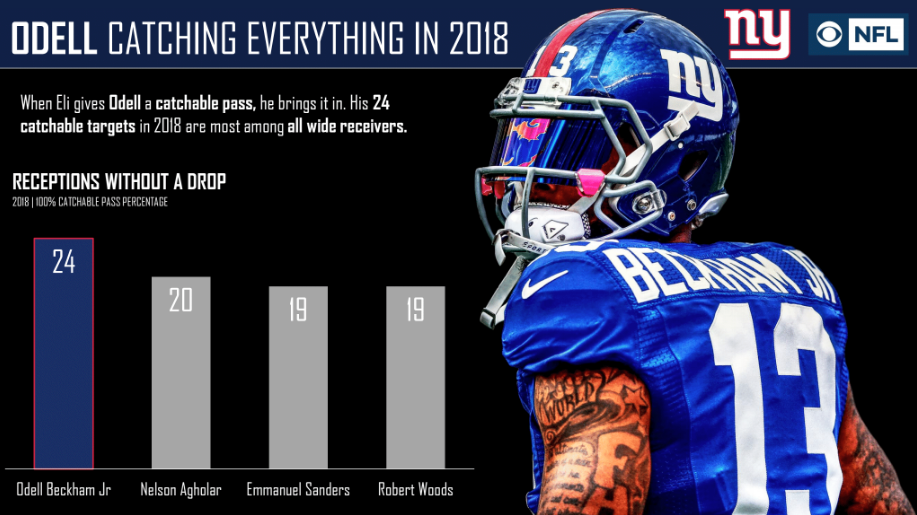 Rookie running back Saquon Barkley has not just impressed as a runner so far, he's also been productive as a pass-catcher. Through three weeks, he's drawn 12 targets from quarterback Eli Manning in the fourth quarter of games, which shows that the Giants are more than comfortable looking his way when the game is on the line. 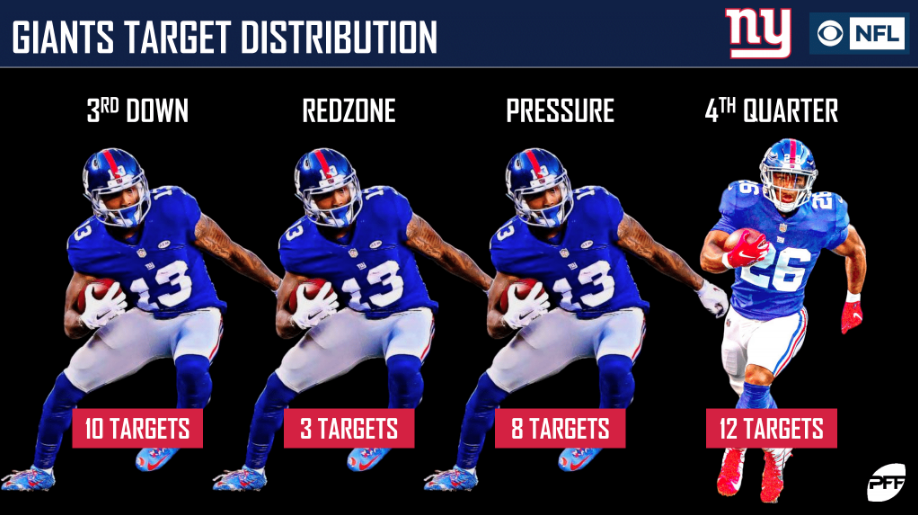 Damon Harrison has been everything the Giants could have hoped for in the middle of their defensive line. Harrison has been one of the league's best run-stuffing defensive tackles throughout his entire career, and this season is no exception. Having someone like Harrison will certainly help the Giants as they face off against one of the NFL's best running backs in Alvin Kamara. 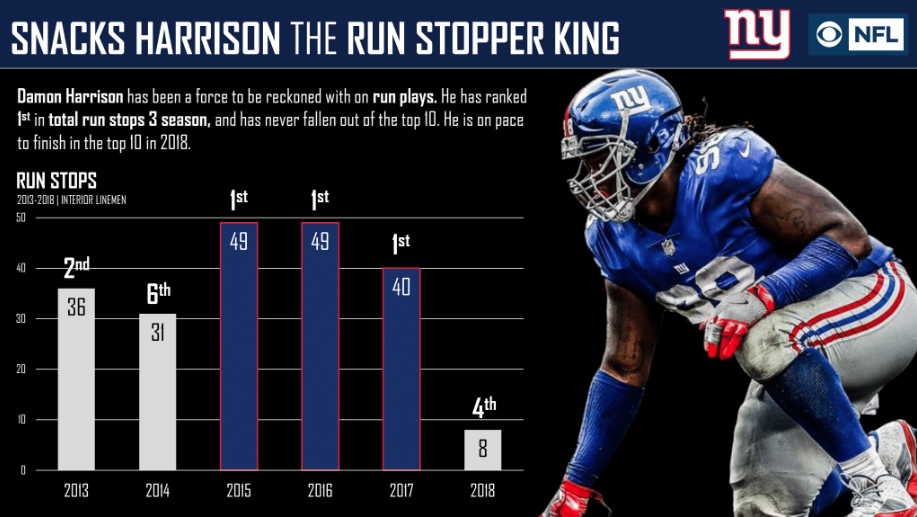 One of the more pleasant surprises for this Giants defense is the rise of Eli Apple as a lockdown corner. After two seasons of mediocrity, Apple looks to have finally settled into the player the Giants drafted him to be. It's worth noting, however, that through three weeks the Giants have not faced off against any top quarterbacks, so this week against Drew Brees will be a true test for the former Ohio State cornerback. 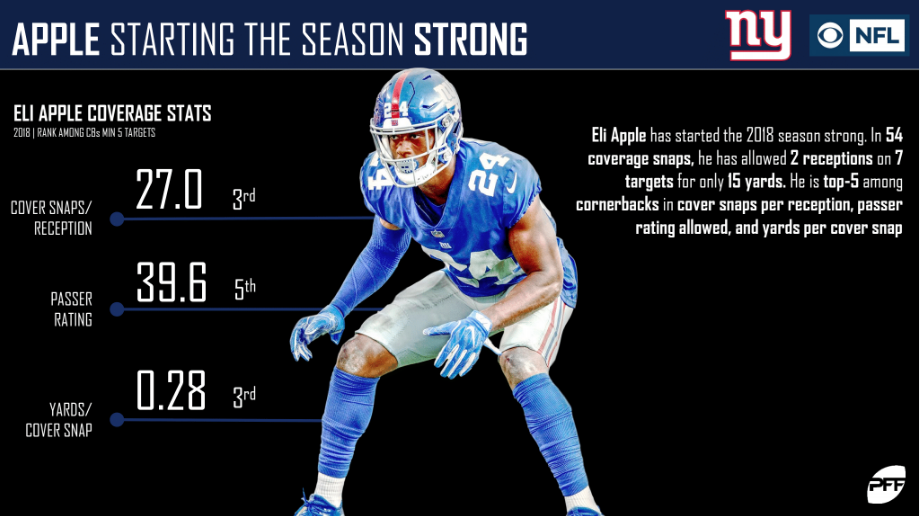 The league's top receiving back

Second-year running back Alvin Kamara is one of the most dynamic playmakers in the NFL. Through three games, his 88.7 receiving grade ranks second among players at the position. 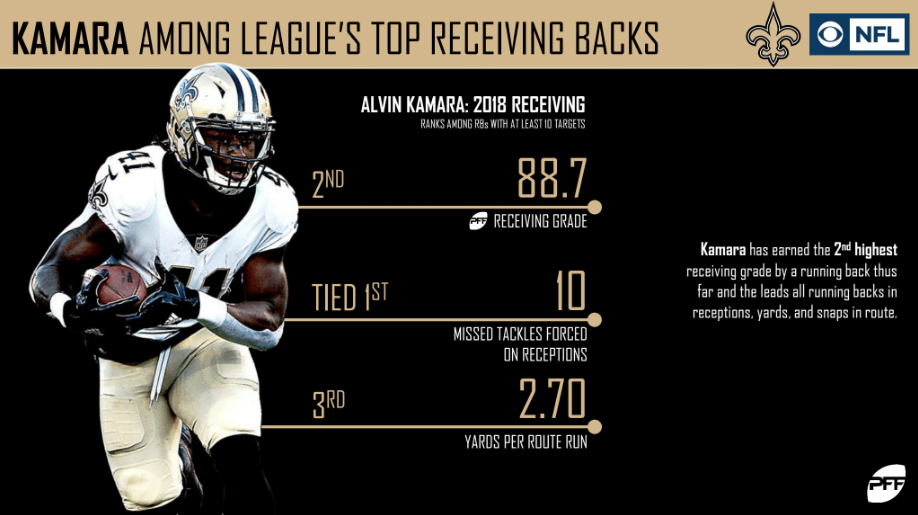 Thomas producing from the slot

Michael Thomas has been wreaking havoc on opposing defenses this season. Leading the NFL in receiving yards is no easy task with so much talent around the league. One of the factors contributing to this dominance has been his versatility at the wide receiver position. 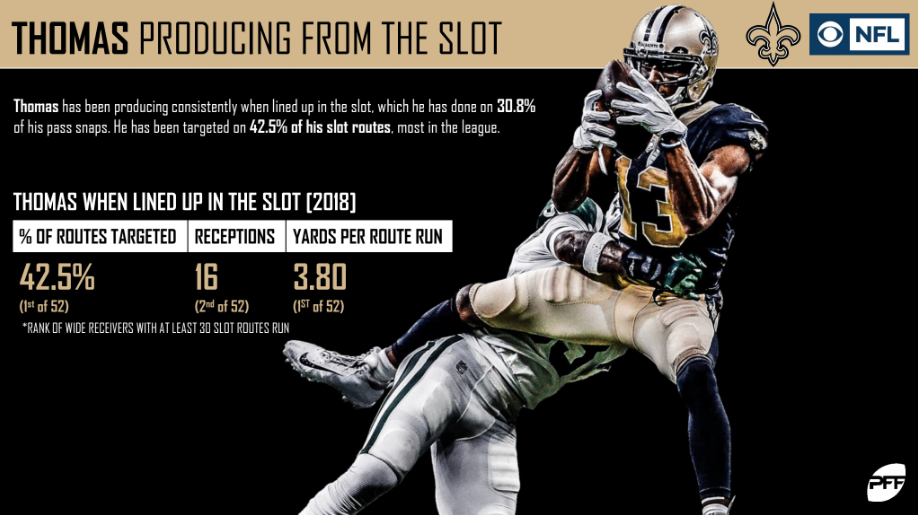 The Saints defense has struggled so far this season. On Sunday against the Giants, it will be interesting to see how they intend to limit the big plays they have been giving up far too often this year. 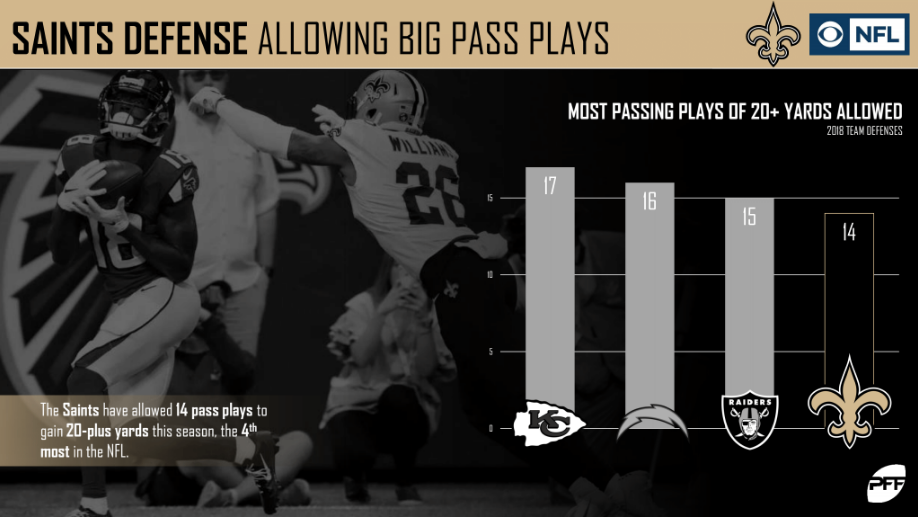 Jordan still getting it done

While the Saints defense has had its issues, that has not stopped Cameron Jordan from being an impact on the defensive front. Jordan has accumulated 10 defensive stops along with four sacks in the first three weeks of the season. If he continues this, he will be on his way to another dominant season. 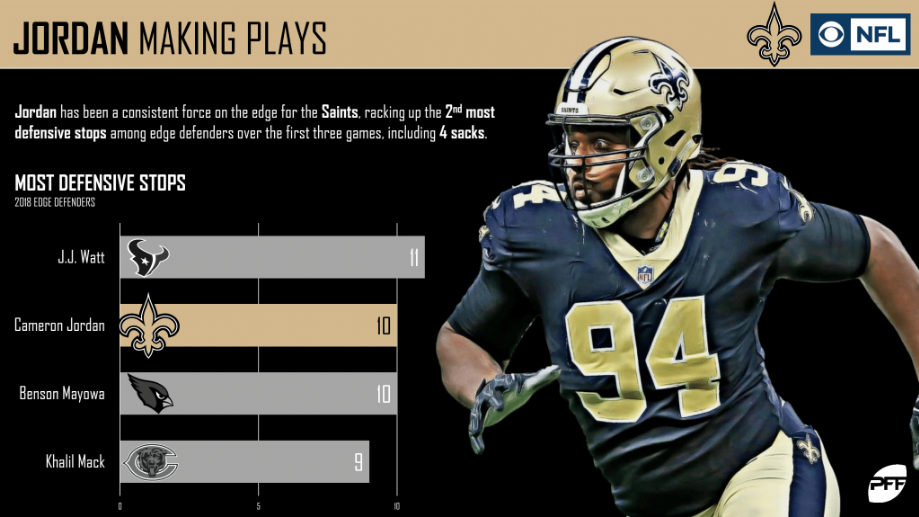 PFF Greenline has projections for the spread, moneyline and over/under of the New Orleans Saints' matchup with the New York Giants. Get its picks here.