Beyond providing data for all 32 NFL teams, PFF also supports network broadcasters with game-preview packets that are used to enhance the in-game experience for fans and viewers. This Bills-Packers preview features the same information our broadcast partners use for team research and in-game production.

Allen holding onto the ball

Through three games, Josh Allen possesses the second-longest average time to throw in the NFL at 3.07 seconds. He’s held the ball 2.5 seconds or longer on 64.8% of his dropbacks, second-highest rate among players at the position.

In limited work, Chris Ivory has filled in admirably for LeSean McCoy this season and could be deserving of more carries going forward. Through three weeks, Ivory has forced more missed tackles and is producing 1.83 more yards after contact per attempt on average than McCoy. Going into Week 4, Ivory’s overall grade is 78.0, fifth-best among running backs. 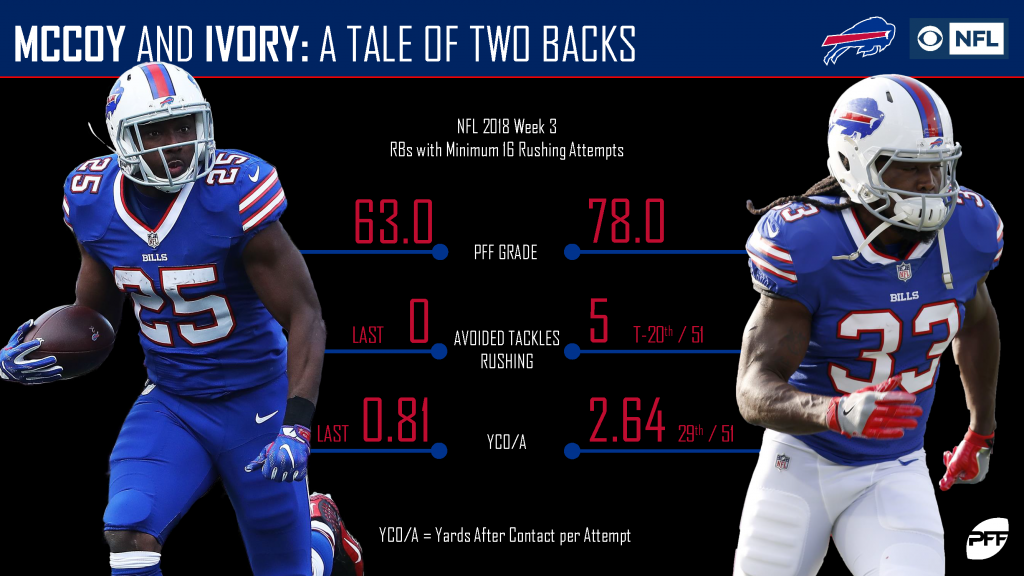 Through three weeks, the Bills have fielded the most productive pass-rushing corps in the NFL. Their edge defenders alone have produced 45 quarterback pressures, which is tied for the most among defenses. 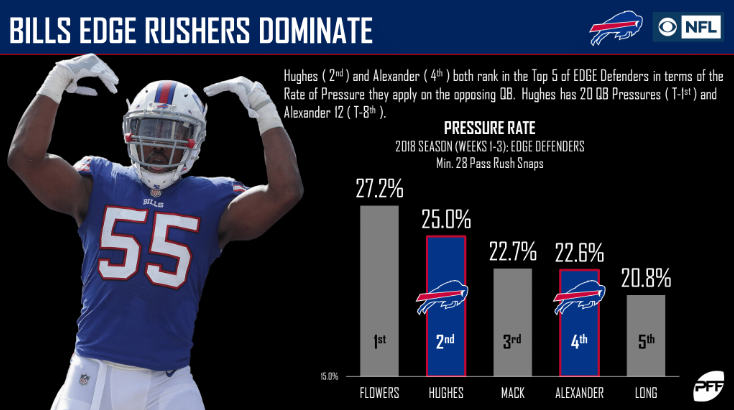 White picking up where he left off

Tre’Davious White has continued his stellar rookie campaign into his second season with the Bills. Through three weeks, White ranks second in yards allowed per coverage snap at 0.22, and his 61.8 passer rating allowed while in coverage is the league's 14th-best mark. 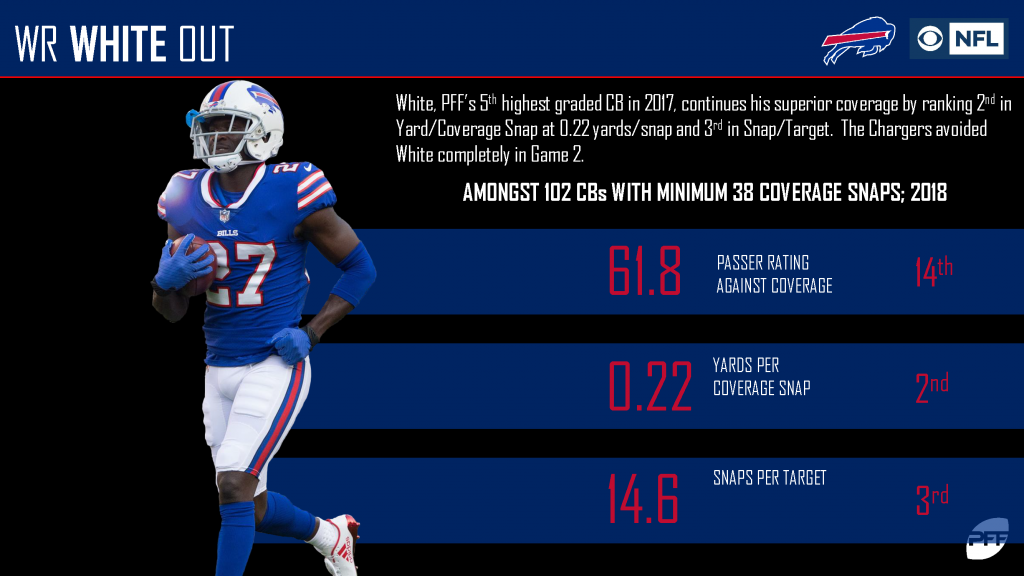 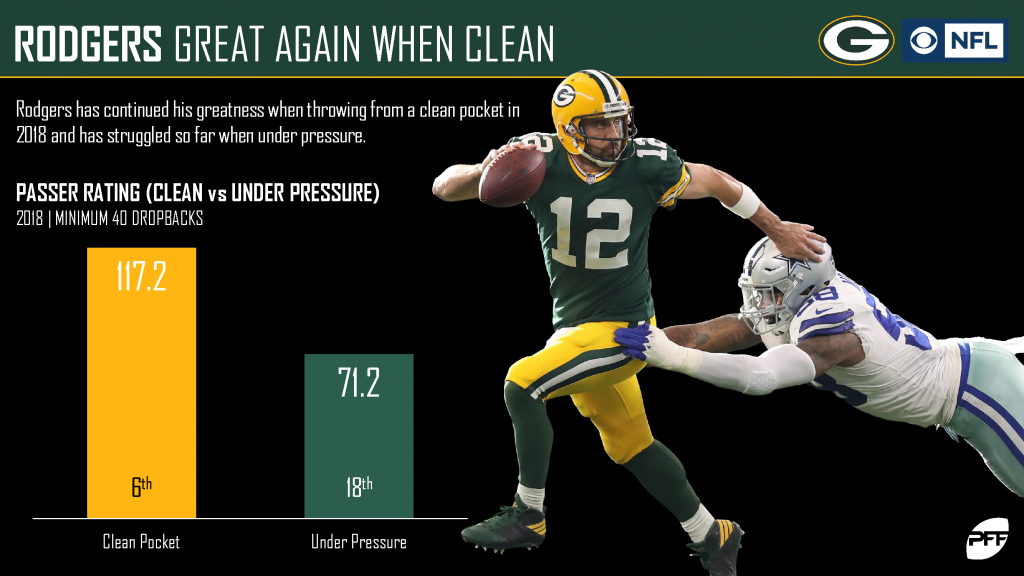 Graham doing work from the slot

Through three weeks, Jimmy Graham has lined up in the slot on 78 snaps, second-most among tight ends. Graham has produced 119 yards on 10 receptions from the slot, and his 90.9% catch rate from the slot ranks tied-for-first among qualified tight ends this season. 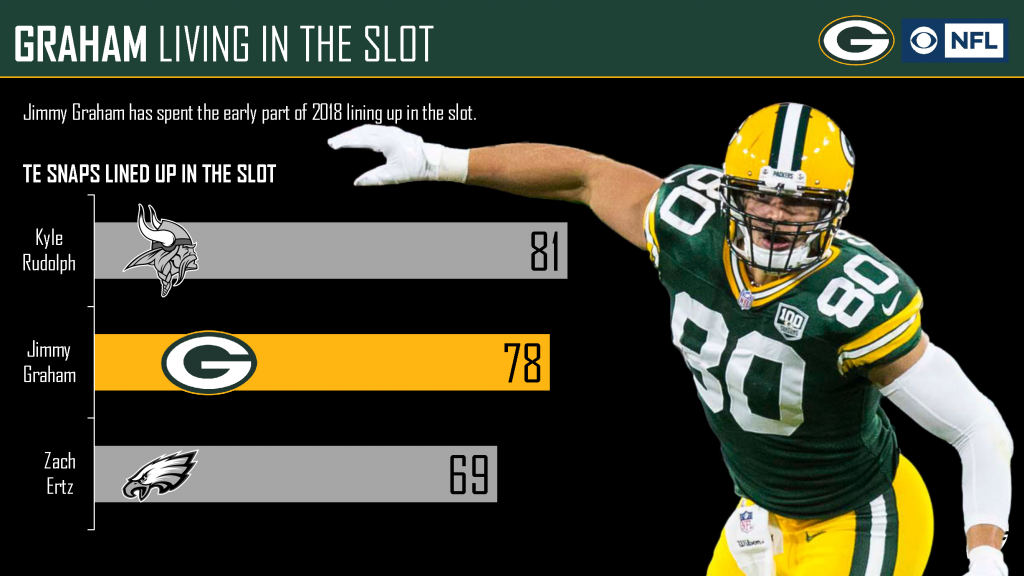 Clark and Daniels dynamic along the interior

Kenny Clark and Mike Daniels have been menacing along the Packers’ defensive line. The duo has combined for 18 pressures and 15 run stops through the first three weeks of the season. Clark’s 10 stops against the run ranks first among interior defensive linemen, and his 15.9% run stop rate is second-best. 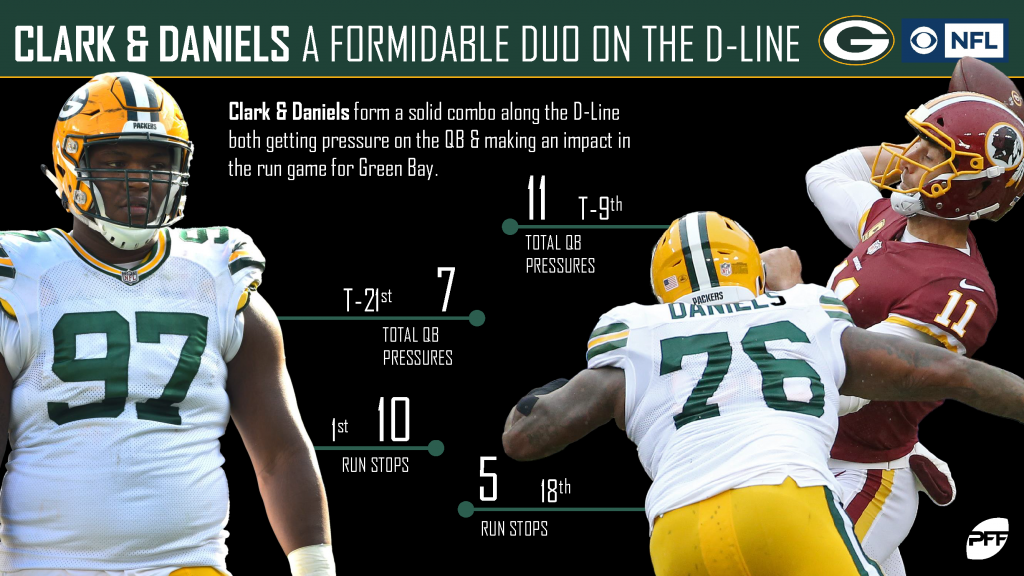 Clinton-Dix among the best through three weeks

Ha Ha Clinton-Dix has stood out in coverage so far this year, allowing only five receptions on seven targets for 48 yards and two interceptions. His 80.6 coverage grade also ranks seventh among safeties and would be a career-best if he can continue his high-level play. 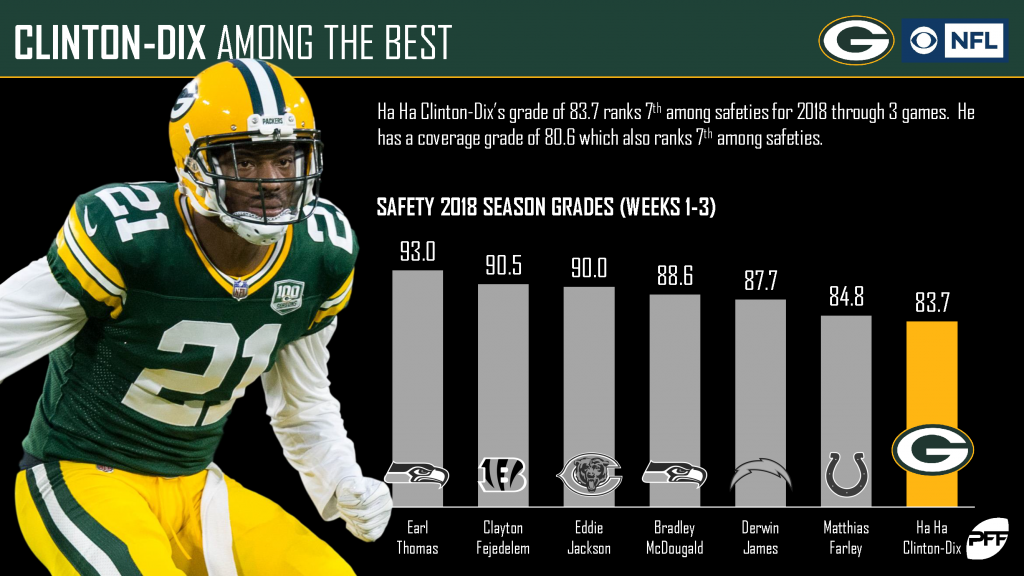 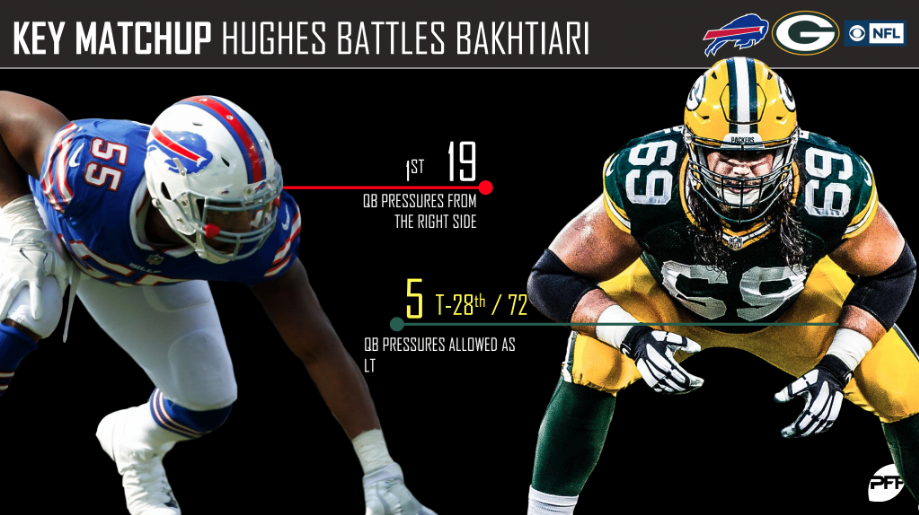 PFF Greenline has projections for the spread, moneyline and over/under of the Buffalo Bills' matchup with the Green Bay Packers. Get its picks here.