The former second-round pick missed 17 games over the last two seasons with separate knee injuries, but the team brought him back on a one-year deal this offseason.

“He fought through injuries and played through pain,” Colts GM Chris Ballard said in a press release. “He is revered among his coaches, teammates and staff and his leadership will be missed in the locker room.”

Back in 2015, Mewhort earned a 79.8 offensive grade, the 29th-best mark among guards. His 81.0 pass-blocking grade was good for 13th at his position. However, after his time spent away from the team with injury, the team started preparing for life without him this offseason. They selected a pair of offensive linemen in the first two rounds of the 2018 NFL Draft.

Quenton Nelson from Notre Dame was already in line to start at left guard, and now Mewhort’s departure clears the path for second-round pick Braden Smith to start on the right side. 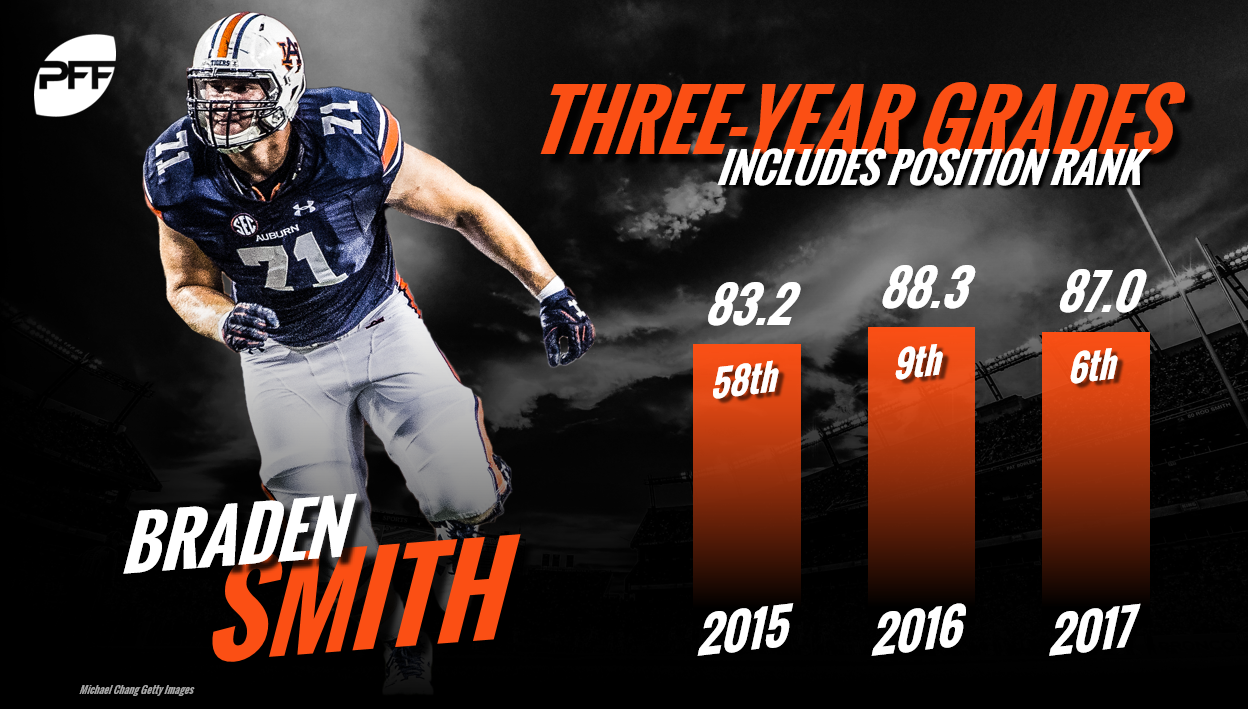 Last year at Auburn, Smith was the sixth-highest graded guard in the country at 87.0. That was actually down slightly from an even more impressive junior season with an 88.3 offensive grade.

In 2017, he allowed three sacks, no hits and three hurries on 445 pass-blocking snaps, giving him a pass-blocking efficiency rating of 98.8 that was tied for ninth-best at his position.

Smith was also remarkably disciplined as he was penalized only once over the last two seasons on over 1,800 snaps.

Last season, the Colts’ offensive line ranked 29th in pass-blocking efficiency, and improving the protection for Andrew Luck seemed to be a priority for the team this summer. In doing so, they've improved and find themselves ranked No. 17 in our preseason offensive line rankings.

Losing Mewhort certainly doesn’t help the cause, but Indianapolis has the pieces in place to fill the void.