INDIANAPOLIS, IN - OCTOBER 18: Duron Harmon #30 of the New England Patriots tackles Andrew Luck #12 of the Indianapolis Colts in the second half of the game at Lucas Oil Stadium on October 18, 2015 in Indianapolis, Indiana. The Patriots defeated the Colts 34-27. (Photo by Joe Robbins/Getty Images) 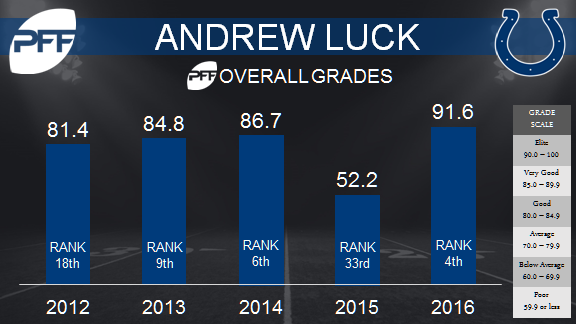