MIAMI GARDENS, FL - NOVEMBER 27: Cameron Wake #91 of the Miami Dolphins points to the crowd after sacking Colin Kaepernick #7 of the San Francisco 49ers during the 3rd quarter at Hard Rock Stadium on November 27, 2016 in Miami Gardens, Florida. (Photo by Eric Espada/Getty Images)

Having just turned 37-years-old and entering free agency, Wake’s age will probably scare rebuilding teams away, but he still has plenty left in the tank for the immediate future. Wake earned an overall grade of 81.6 in 2018, ranking 16th out of 113 qualifying edge defenders and making him the oldest edge defender ranked in the top 20. To illustrate just how impressive Wake’s dominance is at his age, the second-oldest edge defender in the top-twenty is five years younger than him. For any team that may feel like they’re one elite pass-rusher away from being a contender, they need to seriously consider signing Cameron Wake. 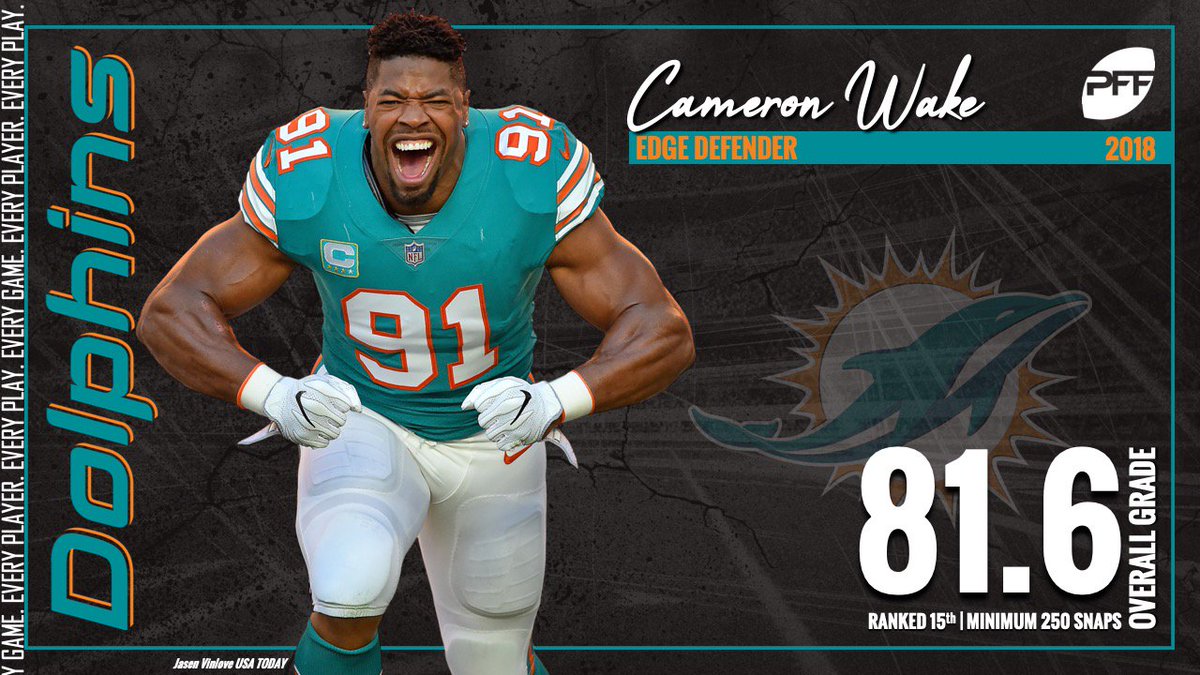 As great as Wake is at rushing the passer, he’s not a one-trick pony. Wake’s performance against the run in 2018 earned him a 70.0 run defense grade, which is his best mark since the 2012 season. He recorded 13 run stops on 191 run defense snaps, tying for the 37th-best run-stop percentage (6.8%) out of 108 qualifying edge defenders. For a guy who is thought of as solely a pass-rusher, those numbers aren’t bad at all. On top of that, Wake is also a great tackler; he missed a tackle just once every 14.5 attempts, which is the 22nd-best rate out of 115 qualifying edge defenders. 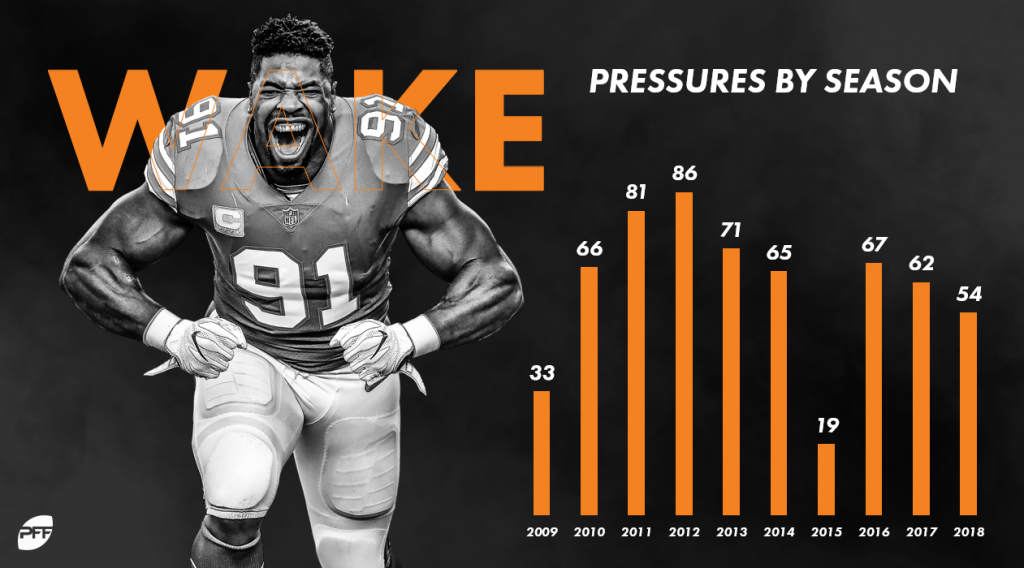 Considering that Wake is now 37-years-old, he would be best suited for a team that is trying to win it all in 2019 – a team that needs immediate impact. The Los Angeles Rams infamously had trouble producing pressure from the edge, and a guy like Wake could immediately solve that problem. But the Rams aren’t the only team trying for a Super Bowl next season, and Wake could be a key piece to a team that can help him ride off into the sunset as a champion.