CHECK OUT THE NEW TOOL HERE!

Developed by PFF's own Kevin Cole and Eric Eager, the Fantasy Football Expected Points tool is primarily used for identifying potential over/undervalued players based on the fantasy points they've scored versus what we would have expected based on how they were used and targeted in their offenses.

And the data doesn't just go back to last season. ELITE subscribers can view all of the data in the new Fantasy Football Expected Points tool for the 2017, 2018 and 2019 NFL seasons. 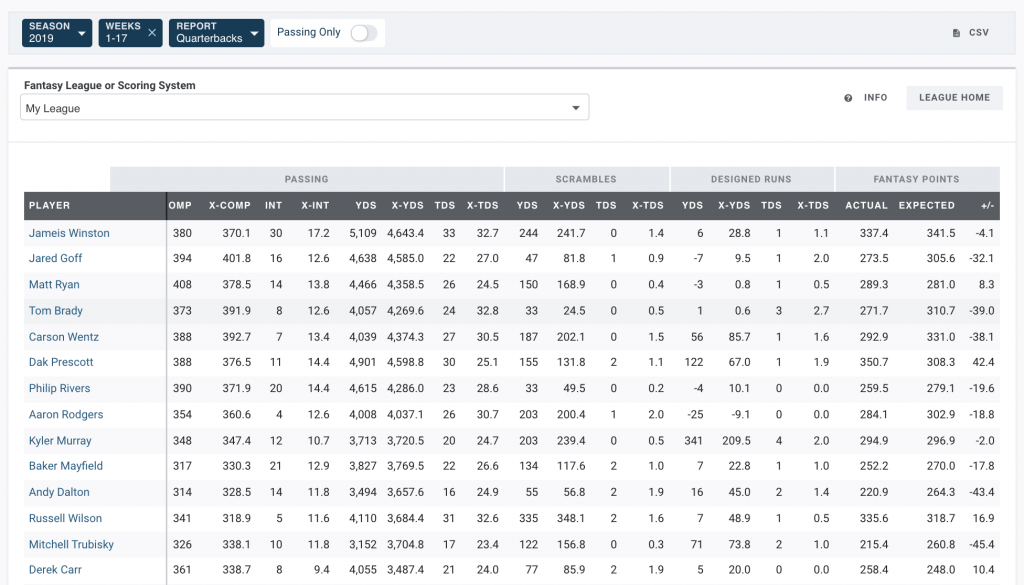 Here are some insights pulled from the new tool, broken down by position:

Running Back: Newly released running back Leonard Fournette finished dead last at his position in fantasy points above expectation at -47.3 last season.

Subscribe to PFF ELITE today to access all of this data and more ahead of the 2020 NFL season. You can also use promo code KICKOFF30 to save 30% off your ELITE subscription.