Michigan rides their defense to win over SMU, 45-20

The Michigan Wolverines continued their winning ways, cruising past the SMU Mustangs, 45-20 on Saturday afternoon. Michigan rode their defense to victory as the offense was able to put together enough scoring drives while the defense held SMU to just 110 yards on the ground in the victory. 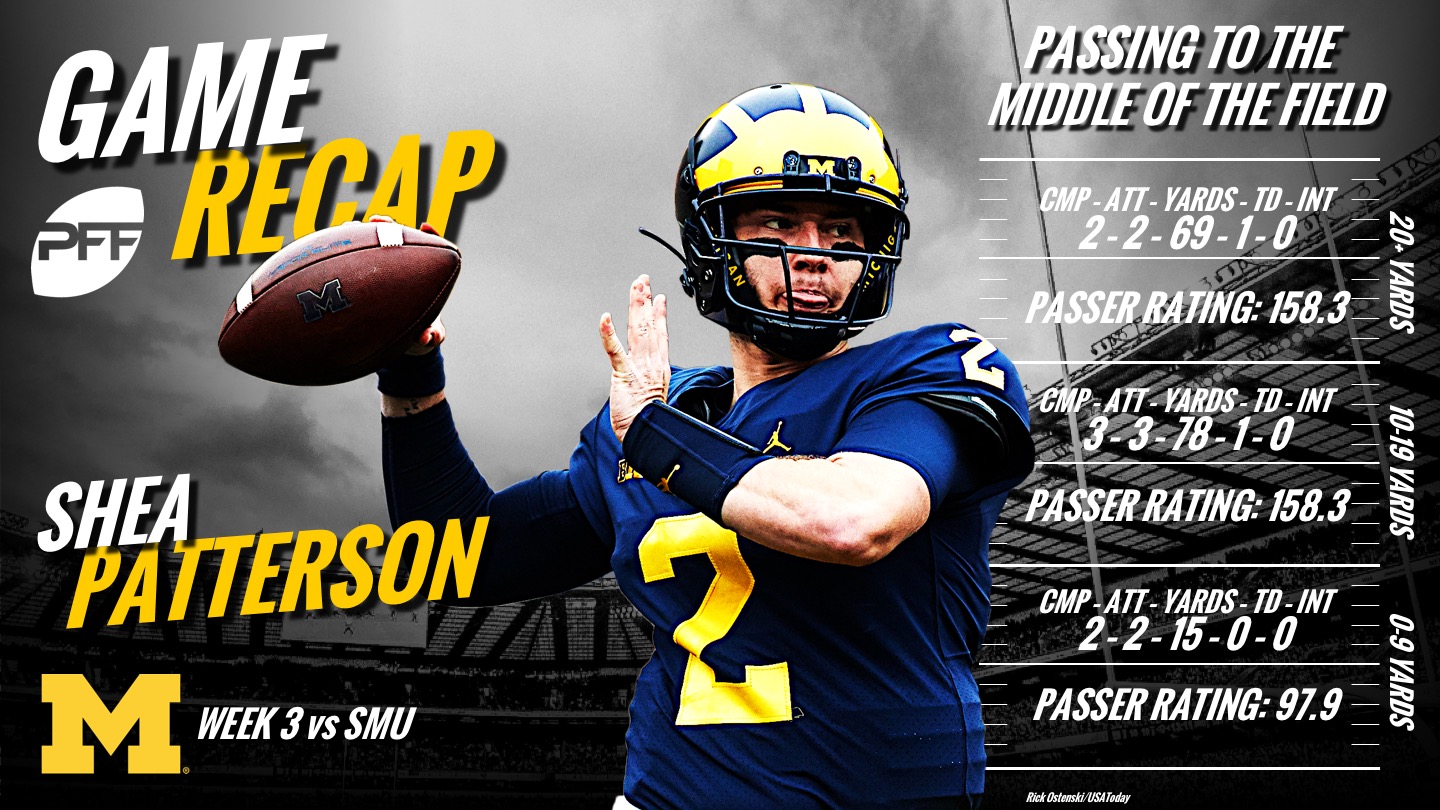 Aside from Patterson, the Wolverines rushing attack needed 42 carries to gain 12 first downs for the offense as they were without Karan Higdon to start the day and Chris Evans left with injury. As much cause for concern as the injuries in the backfield are, Michigan fans have to be impressed with the receiving performances of WR Donovan Peoples-Jones and TE Zach Gentry.

The duo each hauled in four receptions for 90 and 95 yards, respectively, as Peoples-Jones recorded all three of Patterson's touchdowns. Almost nearly as impressive, all four of Gentry's receptions went for first downs and he gained 36 yards after the catch.

As sharp as the receivers were for Michigan, their defensive unit was definitely most impressive on the afternoon. Linebacker Devin Bush led the way with an 83.1 overall grade including a team-high 79.4 grade in coverage. Bush was targeted three times and while he allowed all three passes to be caught, he limited receivers to just six total yards. 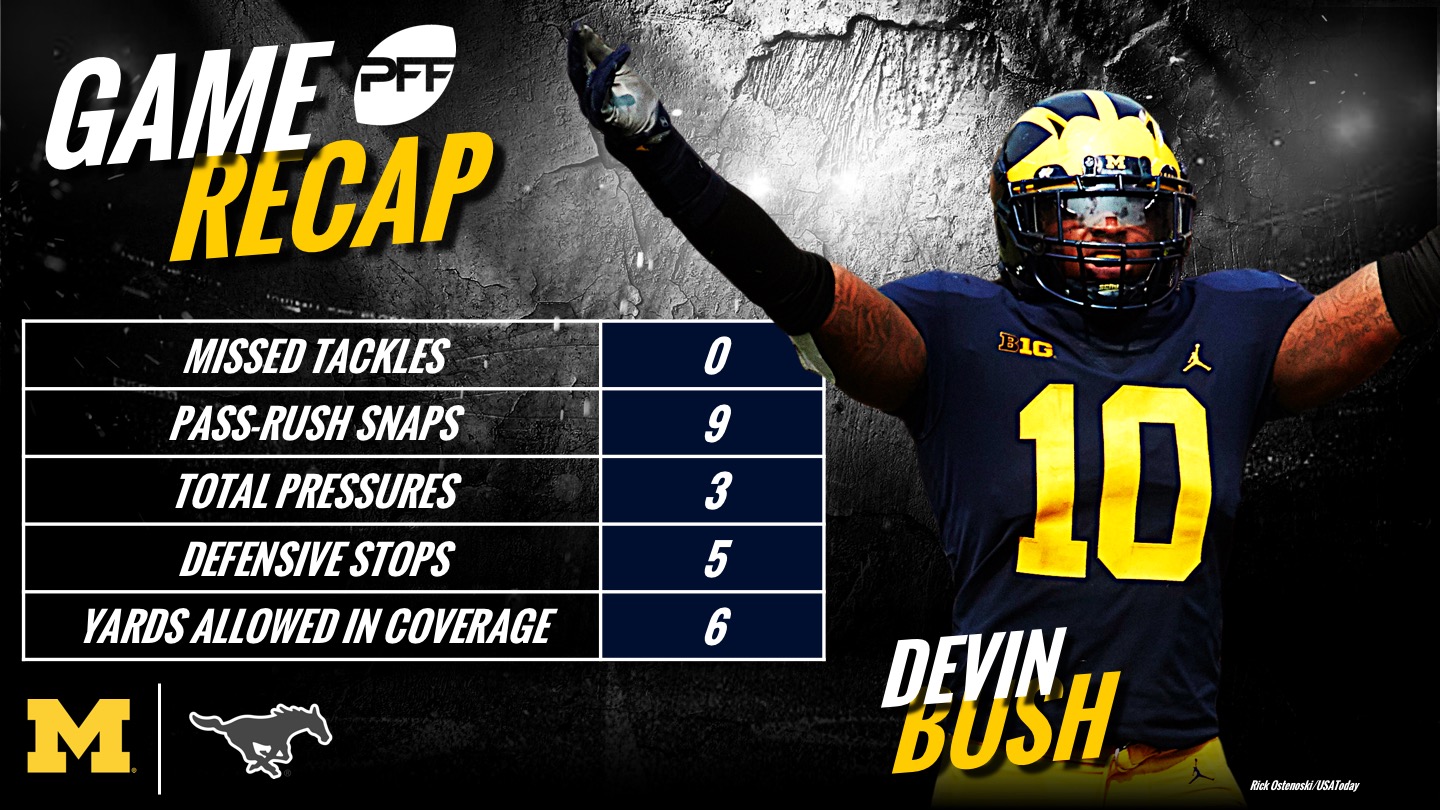 As a unit, they recorded a total of 23 QB pressures including Rashan Gary's team-high five pressures that included one QB hit and an additional four hurries. Edge rusher Chase Winovich brought down four pressures as well as a batted pass as all six of his tackles in went for a defensive stop.

SMU quarterbacks couldn't muster much through the air, averaging just 6.1 yards per attempt while their rushing attack was held in check to the tune of 110 yards on 31 carries.

Michigan will have to clean up the penalties as Big Ten play approaches, finishing with 13 for 137 yards and a costly ejection to ‘viper' Khaleke Hudson.

If Patterson can clean up the outside passing game and the defense can rush the passer like they did against SMU, the Wolverines should be able to push their winning streak to three games as they host a reeling Nebraska team next week.