Before I dive straight into the PFF analytical quarterback rankings through Week 6, I’ve provided some visualizations to give proper context to how these quarterbacks performed in PFF grade and EPA per play and some important data splits that show the potential for regression moving forward. 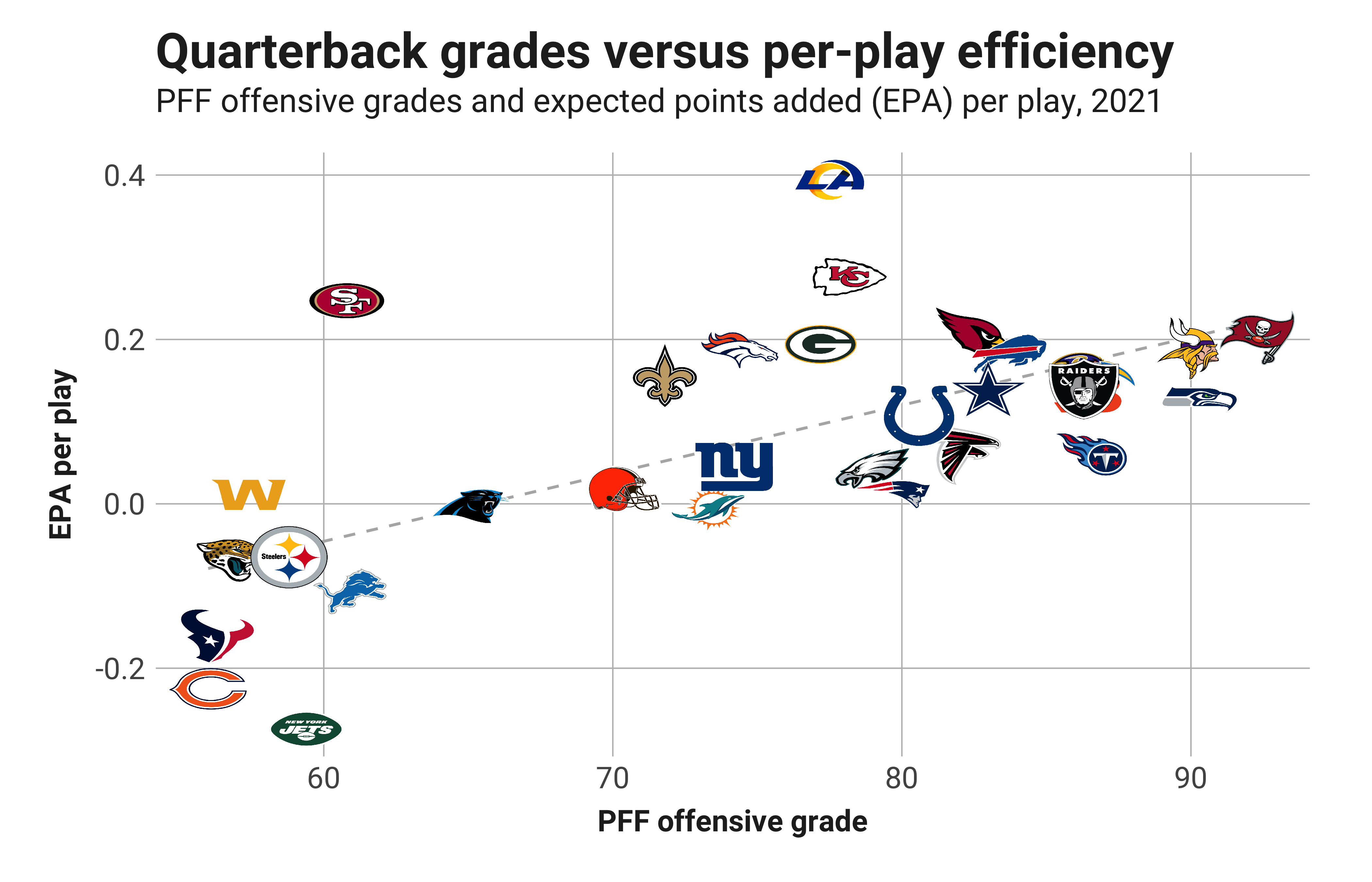 Matthew Stafford, Patrick Mahomes and Teddy Bridgewater are vastly outproducing in efficiency versus PFF grade, while it’s the opposite situation for Tom Brady and Ryan Tannehill.