• Josh Allen and the Bills slip up: A bad game isn’t the end of the world for Allen’s MVP chances, but his margin for error has definitely become slimmer. As of now, Mahomes is the new favorite, but the contest remains close.

• Unparalleled efficiency: Patrick Mahomes' stats were good but not great, but sustaining above-average efficiency stats over more than 80 dropbacks — as he did in Week 9 — is almost unheard of.

• Jalen Hurts hanging in there: As long the Eagles keep playing well, Hurts just needs a couple of poor performances from his competition.

• A $10 bet on Mahomes to win MVP would return $30 at BetMGM — qualified bettors from Kansas will also get a free PFF+ subscription and $200 in free bets!

After leading our MVP race for the best part of the past month, Josh Allen and his MVP campaign took a step back when he lost to the New York Jets and suffered a potential injury.

Whether his elbow will rule him out or just limit him in future games, it certainly affects his chances going forward. 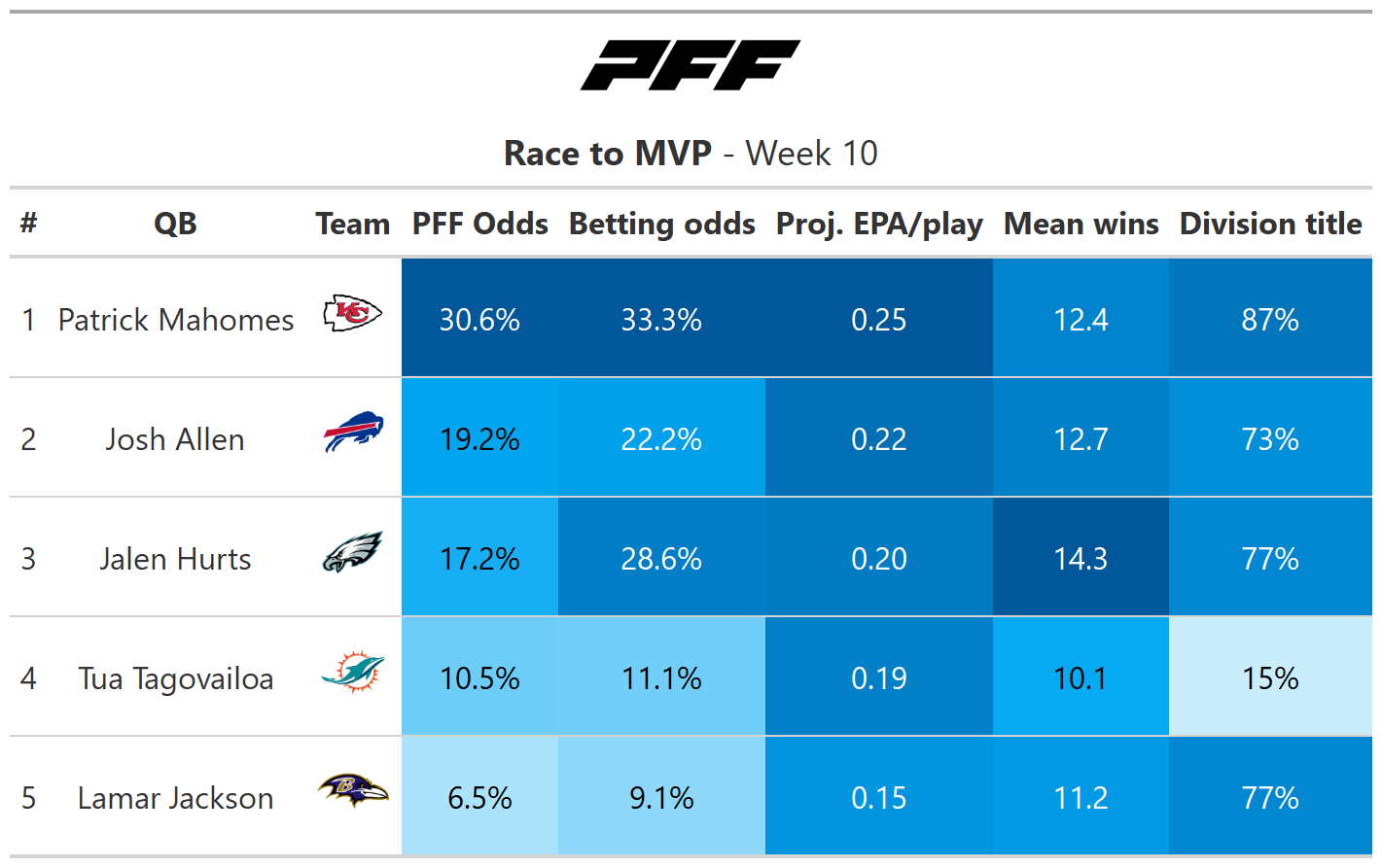 Mahomes' Week 9 stats were good but not great, but we should note that the interception wasn’t his fault, and sustaining above-average efficiency stats over more than 80 dropbacks is generally unheard of.

Had you told me before the game that the Chiefs would barely get to 17 points in regulation, I would have feared for Mahomes' MVP candidacy. However, he put the team on his back on a day the Chiefs managed to contribute a mere 14 rushing yards to 500-plus yards gained on Mahomes’ throws and scrambles.

Last week, we highlighted the Bills offense and noted how incredibly consistent it had been through the first eight weeks, as Josh Allen & Co. simply hadn't had a bad game. Well, this changed this past week as they struggled on offense against the New York Jets.

A bad game isn’t the end of the world for Josh Allen’s MVP chances, but his margin for error has definitely become slimmer. As of now, Mahomes is the new favorite, but the contest remains close.

On the one hand, Allen’s injury could help Hurts’ MVP chances: If Allen can’t continue to play at an MVP level, Hurts only has to beat out Mahomes for the award. And with two more Chiefs losses, possibly combined with mediocre or bad performances from Mahomes, the Eagles QB could be in luck.

Our rankings also adjust for defenses faced. Quarterbacks who face easier defenses are more likely to put up stats that will eventually help win them the MVP award.  We will update our pass-defense rankings throughout the season. 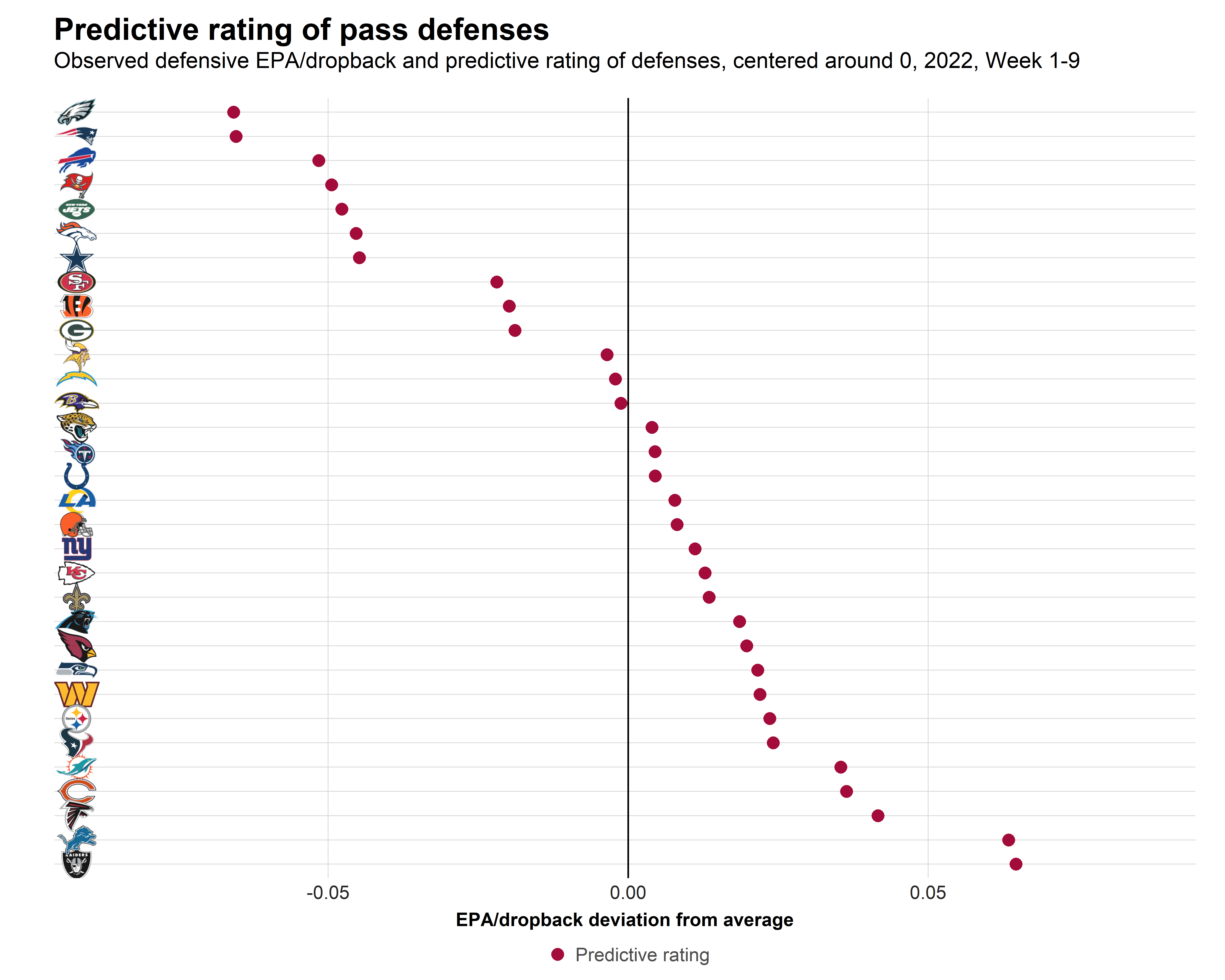 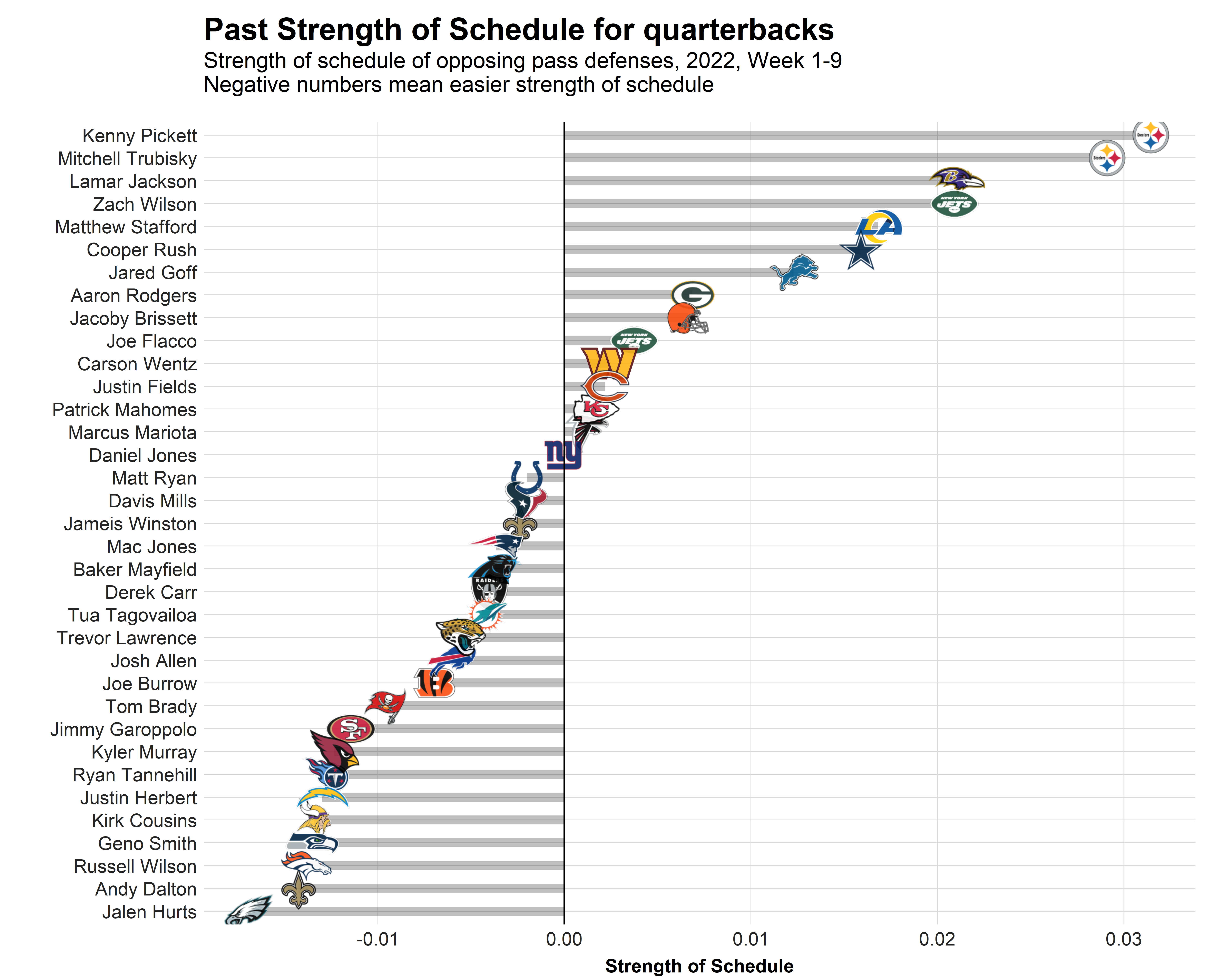 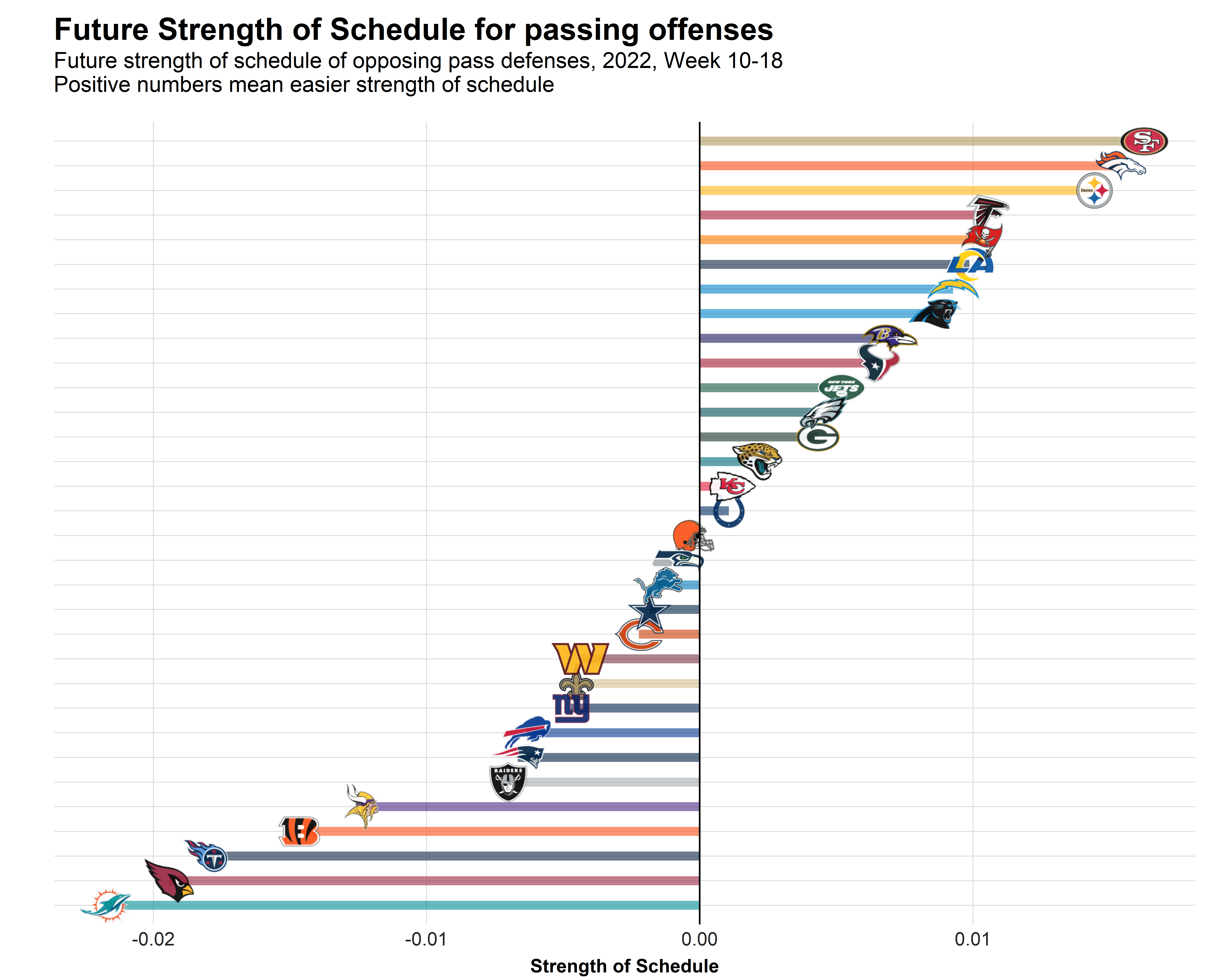