·Teams passed against the Titans at the fourth-highest rate over expected, and we know new Giants HC Brian Daboll likes to pass — doing so 7.5% over expectation the past two years in Buffalo. Toney was targeted on 26% of his routes as a rookie, which was 10th-most in the NFL.

· Set to run routes against Kristian Fulton, a negative coverage player by PFF’s Successful coverage over expected metric, and rookie slot corner Roger McCreary, Toney will have a chance to flash his elite after-the-catch skills — he forced the second-most broken tackles per reception and was 10th in yards after the catch as a rookie. We wouldn’t be too shocked for Toney to break off a long touchdown en route to a big offensive day. And if Toney goes over his prop by 40 yards, it's likely that Jones also will go over his prop.

· As PFF’s Arjun Menon shows below, Patrick Mahomes is the greatest QB in recent Week 1 history — and betting on him to continue his success and the Chiefs to cover seems like a decent way to make some money. 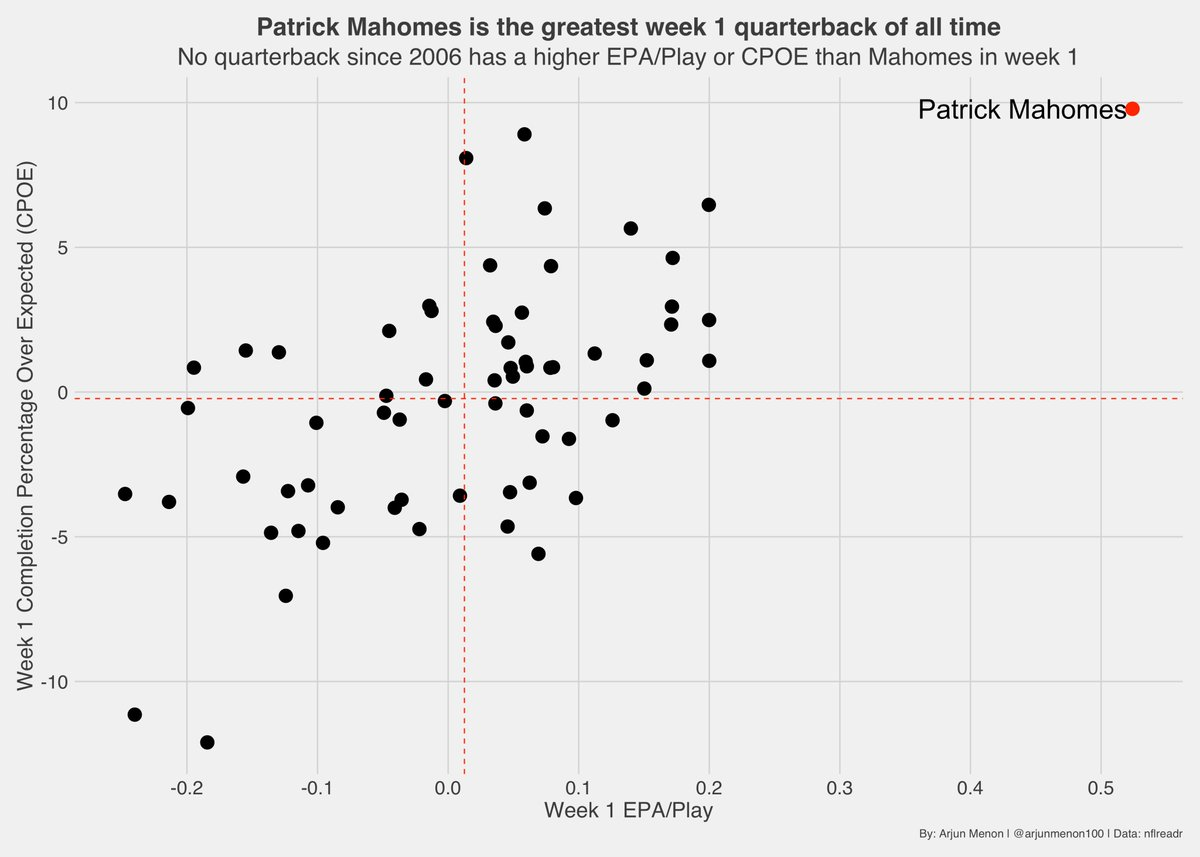 · The Chiefs faced 2 high coverage at one of the highest rates in the NFL last season, a trend that will surely continue into 2022. The Chiefs defeated 2 high late in 2021 with quick throws, and Andy Reid has likely built a game plan that doubles down on the quick game. This would mean lots of completions for Patrick Mahomes, and in a game featuring two teams in the top 10 of pace in play, we expect an elevated completion number for Mahomes.  And he should do it with success, marching up the field and scoring touchdowns with relative ease against an Arizona defense missing key pieces.

Jaguars-Commanders story: Against a defense that funnels passes, Jaguars QB Trevor Lawrence hits WR Christian Kirk between the twenties and Marvin Jones in the end zone.

· After teams passed the ball over expected against them at the third-highest clip in the NFL, the Commanders return many of the same key pieces and coaches on defense. With such a high passing volume against, Washington allowed the 4th most completions over expected of any defense. 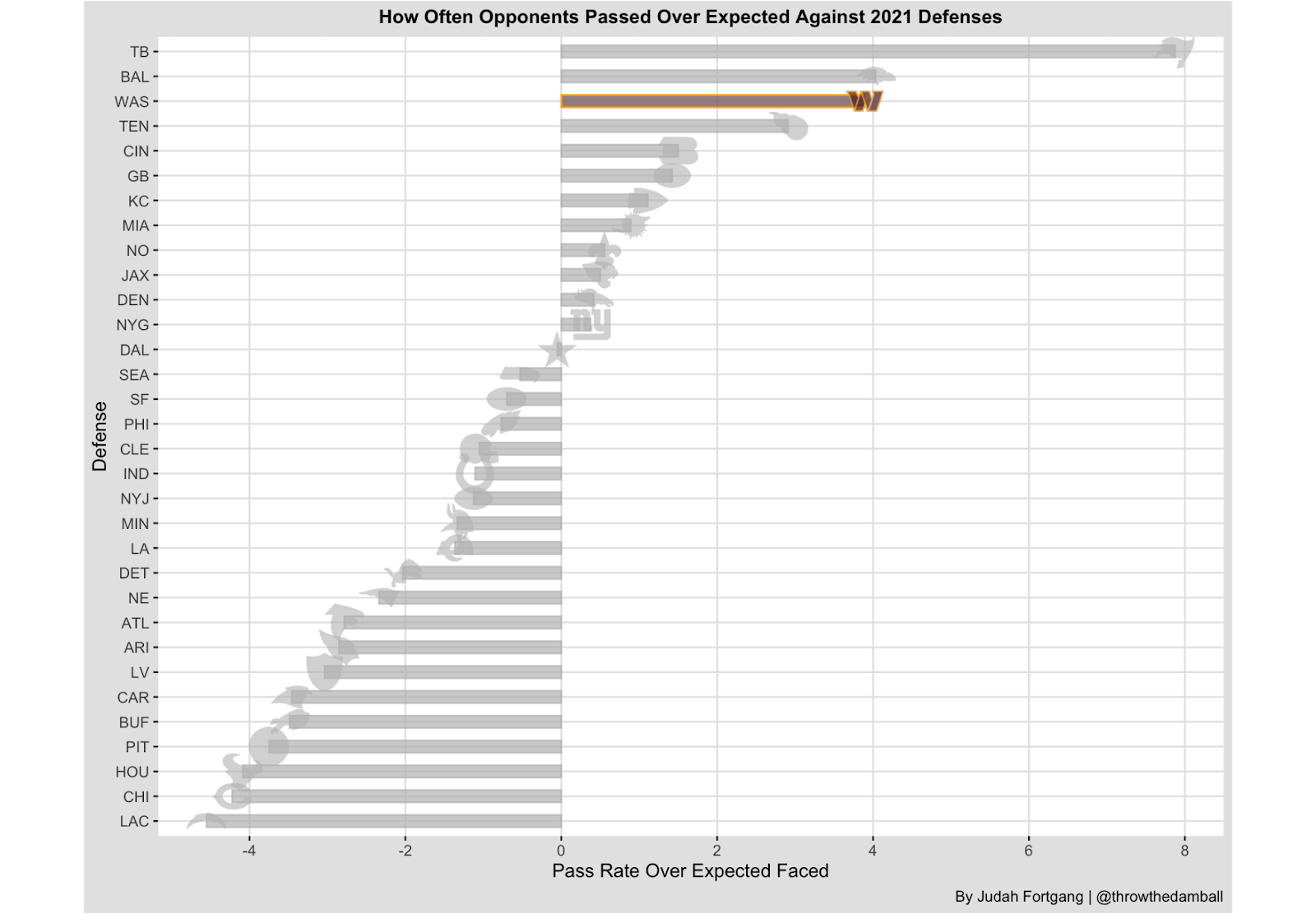 · Now the question becomes: where will Lawrence likely be throwing? The path of least resistance for the Jaguars comes on the inside, where Christian Kirk will run most of his routes against Benjamin St Juste, PFF’s No. 104 of 115 qualifying corners graded in coverage last season. Kirk was 24th in the NFL in explosive catches last year, and in this matchup we expect Kirk to shine and lead Lawrence to a solid Week 1.

· While Lawrence to Kirk is likely going to be the engine of the offense between the twenties, Marvin Jones is Lawrence’s favorite red-zone target and was the eighth-most targeted player in the NFL in the red zone last season. Despite Lawrence’s preference for targeting Jones inside the opposition's 20, the market has Jones as the fourth-most-likely-Jaguar to reach the end zone. But with their red-zone connection, we like Jones as the last leg of this parlay.