With 77 of 256 games now played, one-third of the 2020 NFL season is almost in the books. This past week, Patrick Mahomes and Josh Allen lost for the first time this season while Russell Wilson had his first “bad” (compared to MVP standards) game. And this is all while Aaron Rodgers could enjoy watching his competition on the couch.

How did Rodgers' MVP odds change during his bye week, and is there another quarterback who could win MVP besides these four?

We introduced our defensive adjustments two weeks ago. From now on, we will simply go through the weekly results and explain how we adjust for each defense before identifying the quarterbacks who played the most difficult schedule (and received the highest positive adjustments). 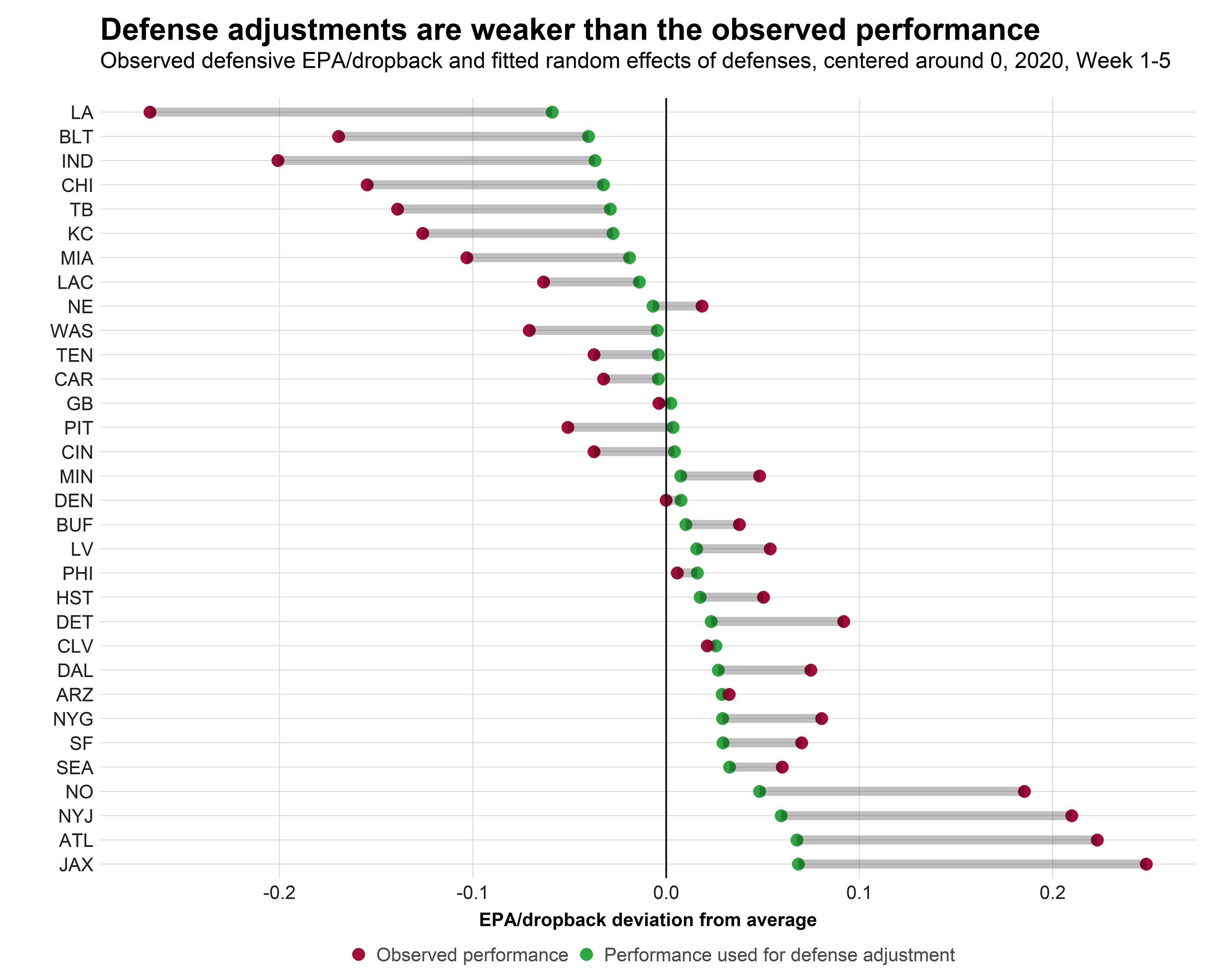 The estimation for each team's defensive strength yields the following adjustments for quarterbacks (a positive adjustment means a harder schedule). 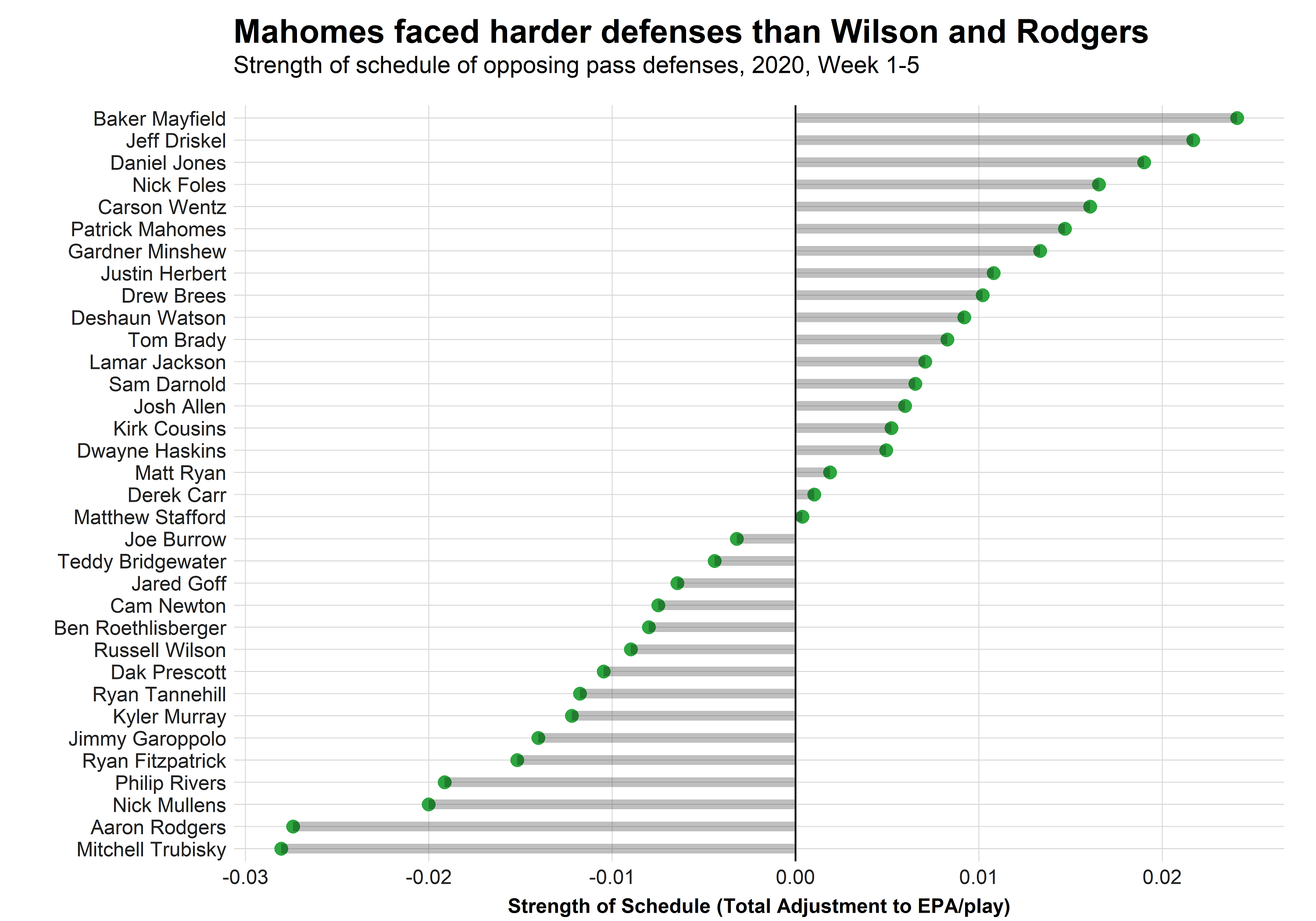 We can see that most quarterbacks' defensive schedule lies within a difference of 0.04 EPA per play, which is roughly a fourth of the standard deviation in EPA per play among quarterbacks so far. This means that the defensive adjustments can flip a nearby ranking from time to time, but they will hardly have us believe that a quarterback with bad production is actually good, or vice versa.

Before we come to the rankings, we should once again clarify that our article doesn’t describe who would win the MVP if the season ended right now. Rather, it tries to predict who has the best statistical output after Week 17, as statistical output in terms of EPA and wins can go a long way toward predicting which quarterback will ultimately take home MVP honors.

As we go through the top quarterbacks this week, we will emphasize how this important detail about our method can drive differences between estimated odds and the public perception.

This week we lament the loss of Dallas Cowboys quarterback Dak Prescott, who still stood a fighting chance in the MVP race just a week ago but will now miss the remainder of the season due to a broken ankle. Washington quarterback Dwayne Haskins also finds himself all but out of the race after falling out of Ron Rivera’s favor, as does New York Jets quarterback Sam Darnold, who is set to miss his second consecutive game.