Another week has passed, with last week's top three MVP candidates all keeping their untarnished records with yet more stellar performances. How far is the top trio away from the rest of the league? And what about our projection for Lamar Jackson after a “rough” game on Monday?

Additionally, it is very important to remember that we are not ranking who would win the MVP if the season ended right now. The threat of COVID-19 aside, the season will last 16 games for each team, and thus we are projecting who will have the best stats when the regular season concludes in early January.

After three weeks, it makes sense to look at our defense adjustments in a more detailed way.

These adjustments are obtained by looking at how defenses influenced offensive performance during the first three weeks, but they also acknowledge that offensive performance in a game is driven more by the offense than the defense. For more details on the method, you can read this article, in which we first introduced adjusting for defense by considering defensive play as a random effect in a mixed-effects model. We should note that after three weeks of play, there is also still a built-in preseason prior, which will gradually vanish in the following weeks. The following chart shows the defense adjustments after three weeks. 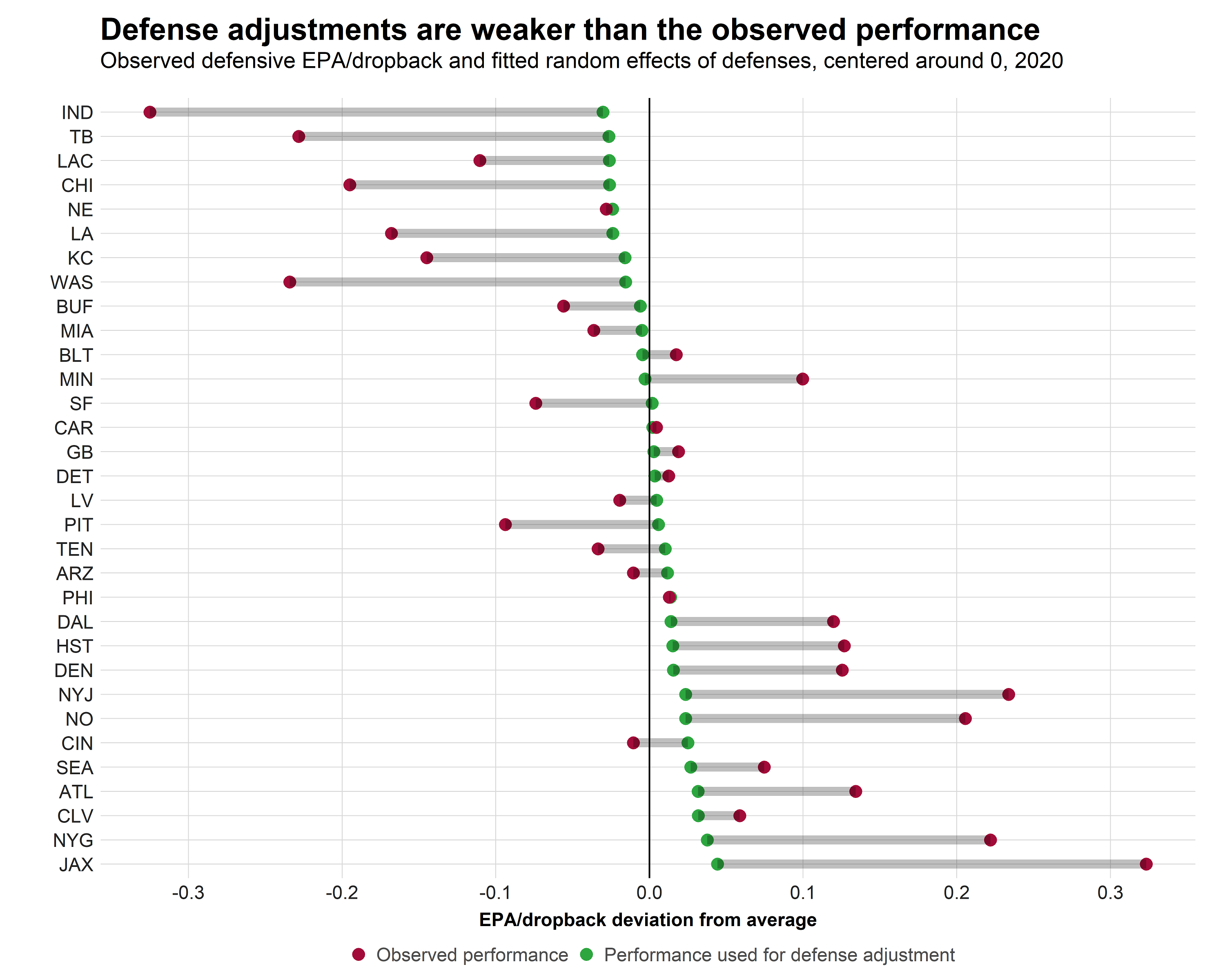 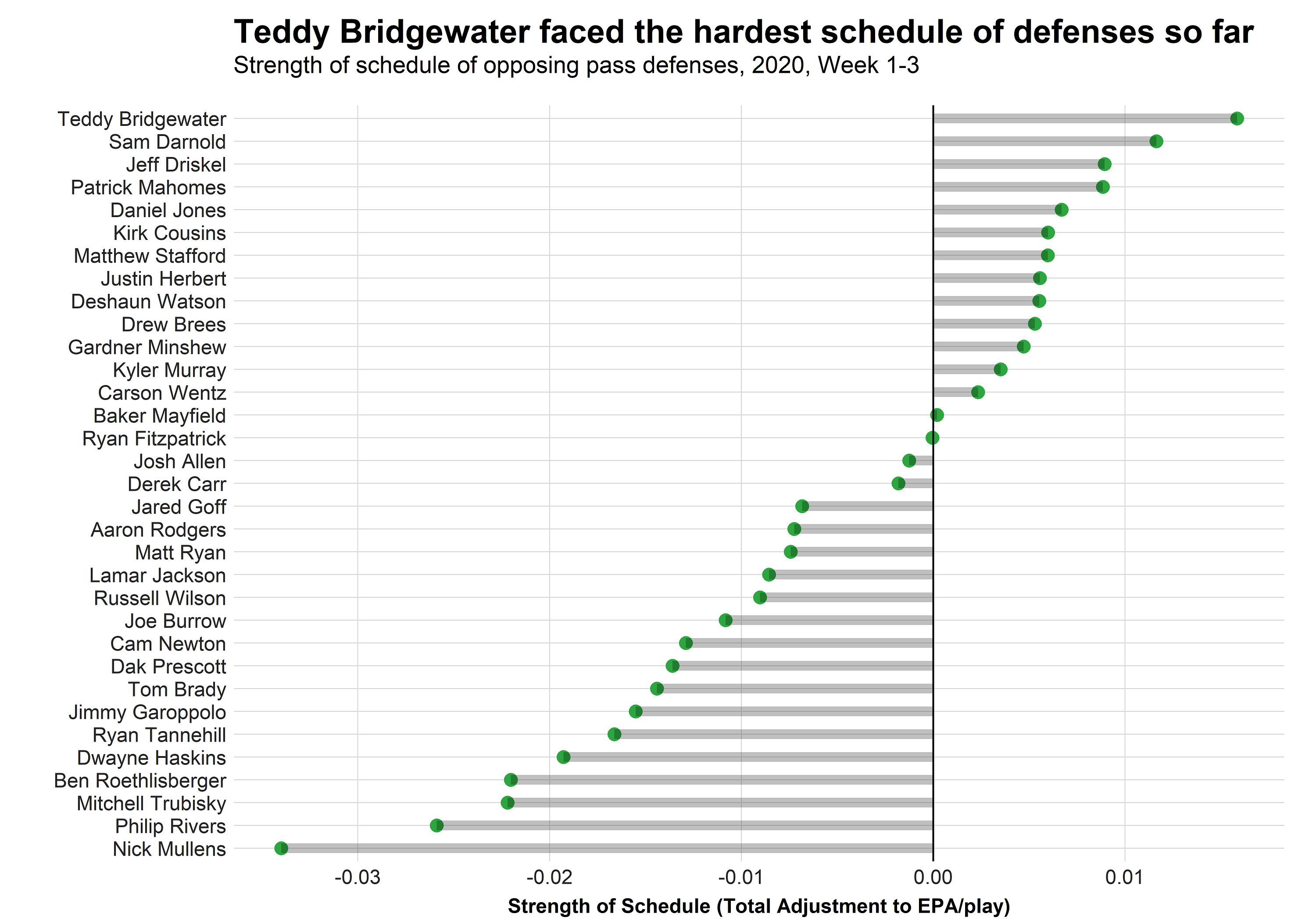 We should note that the adjustments are fairly small, as most signal-callers are within an adjustment delta of 0.03 EPA per play. That's hardly enough to differentiate between two spots when ranking quarterbacks by EPA per play.

After Week 3, it is safe to say that this year's MVP will not come from Chicago or the Los Angeles Chargers, as both have already had to change starters. Here are this week's projections.