Carson Wentz is heading back to the NFC East.

According to ESPN's Adam Schefter, the Indianapolis Colts are trading quarterback Carson Wentz to the Washington Commanders.

All told, Washington will inherit Wentz and a three-year, $81.7 million contract.

The Colts traded a 2021 third- and 2022 first-round pick in exchange for the former No. 2 overall pick last offseason and have flipped him to Washington just one year later.

Colts general manager Chris Ballard avoided giving any sort of vote of confidence on Wentz during his press conference at the NFL Scouting Combine on March 1. One week later, Wentz is no longer on the roster.

While clearing Wentz's full contract off the books and recouping two third-round picks is great, Indianapolis is now without a starting quarterback and without a first-round pick in this year's draft.

The Colts now have the most cap space in the NFL, sitting right around $70 million, and this is after doling out big-time extensions to linebacker Darius Leonard and right tackle Braden Smith just before the 2021 season. 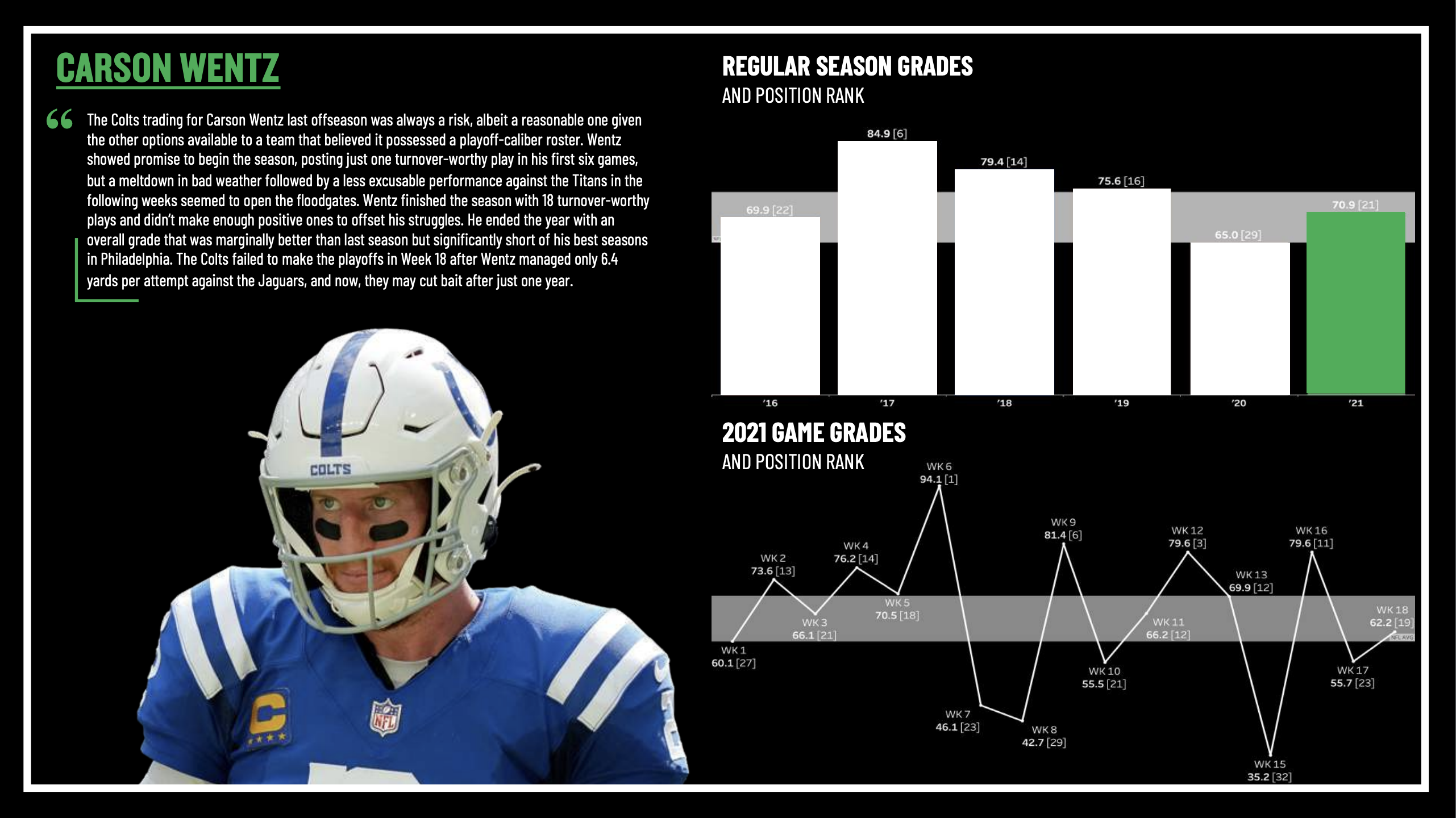