For each of the tight ends below, the closest comparable players were found by measuring the similarity between them based on several features — age (within one year), weight, WAR, previous-year WAR, WAR per snap, air yards per target, targets per game and PFF receiving grades.

The first plot shows the relevant WAR numbers for each of the tight end’s closest comparisons, the next displays past and future performance for the free agent based on the comparisons and the final table shows the dollar values based on positional WAR baselines for each outcome (expected, ceiling and floor) through 2023.

Gesicki has increased his targets, receptions and receiving yards every year during his rookie contract. The Penn State product peaked in 2021 as the Miami Dolphins’ second-most productive receiver, behind rookie sensation Jaylen Waddle. Many of Gesicki’s comparable players have regressed in future seasons, but others such as Zach Ertz took their careers to new levels. 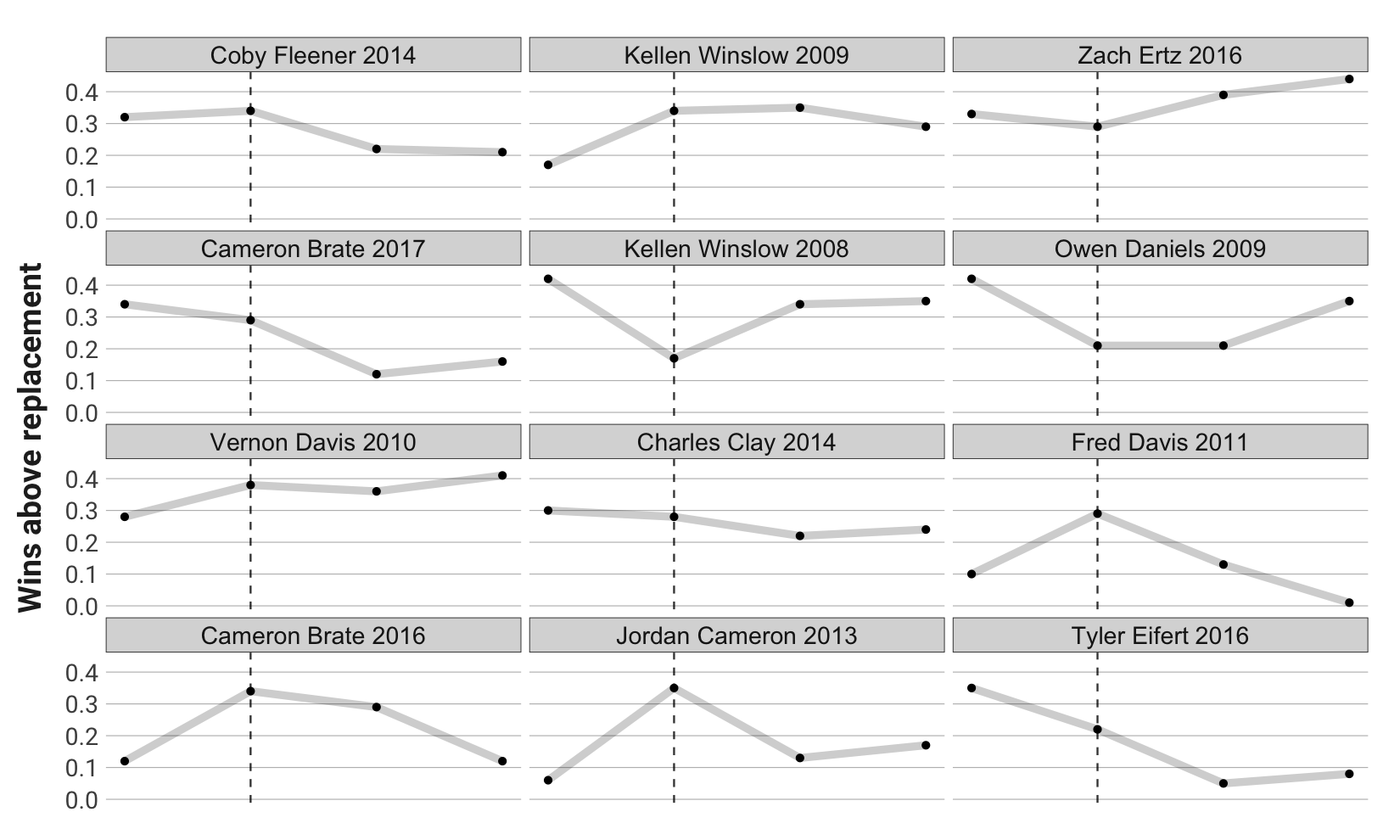 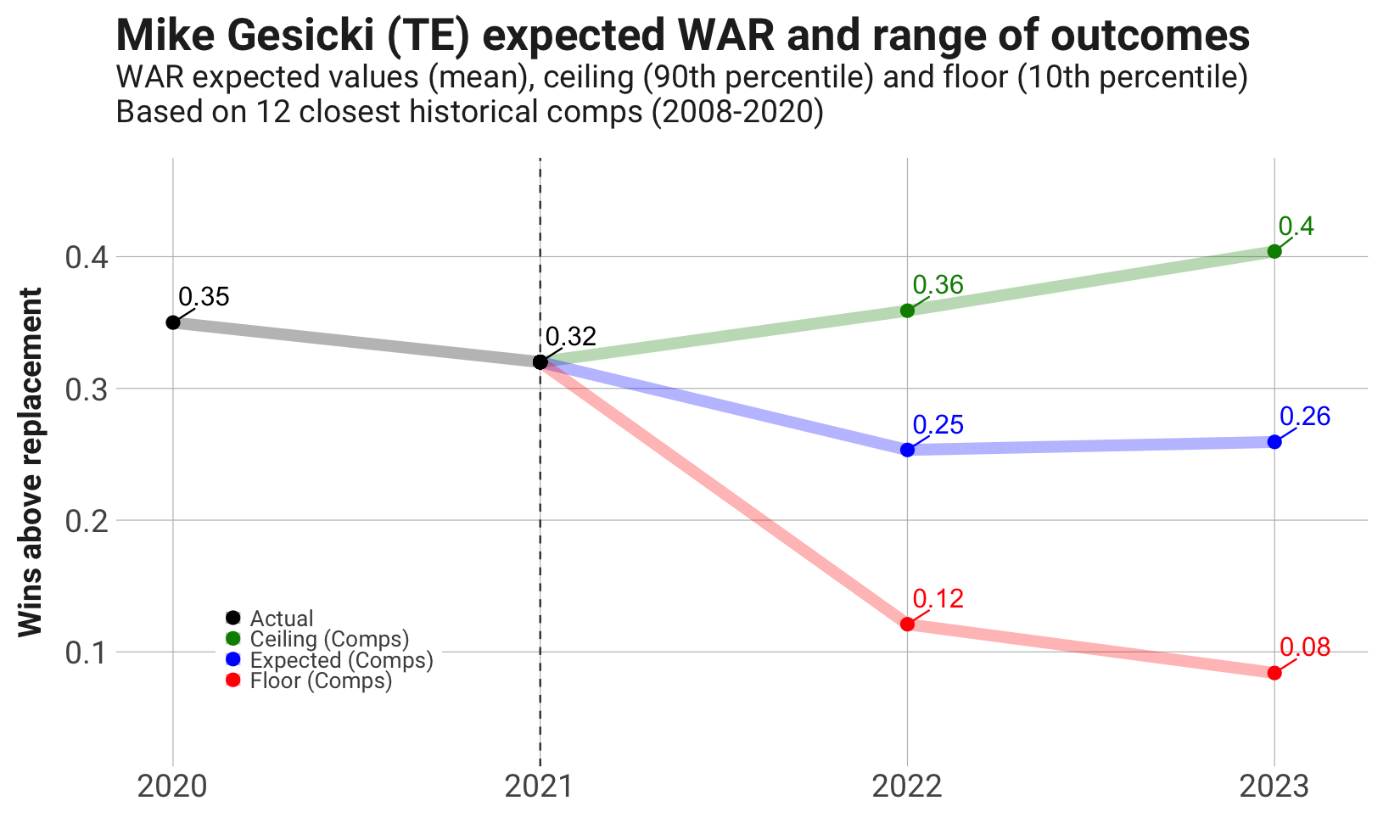 We project Gesicki will sign for around $14 million per season across four years. We project that Gesicki will be a slight value at that price, though our WAR numbers are generally optimistic about the value of tight ends.