· SGP build with Jerry Jeudy and Russell Wilson leading Broncos charge in Vegas (+2863): Wilson second in NFL this season in EPA vs. man, and Jeudy leads NFL in separating vs. man since entering league. 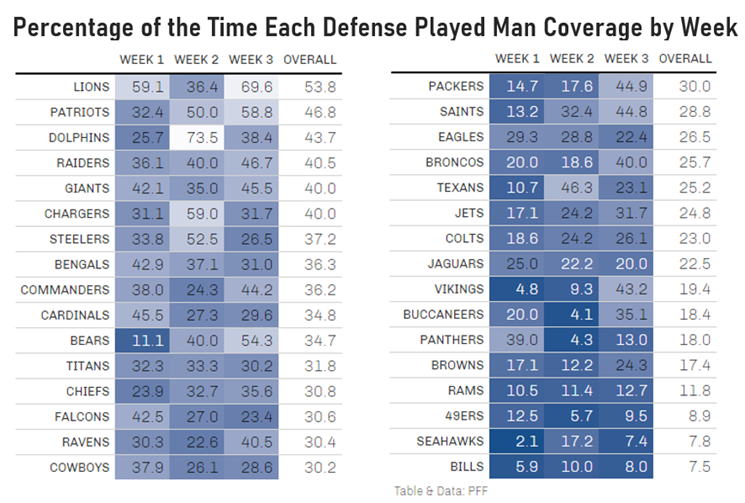 · The Raiders have played the fourth-most man coverage of any team in the NFL, increasing their man rate each week.

· Against man coverage since entering the NFL, Jeudy leads the league in PFF separation grade.

· Jeudy should be running free against a Raiders defense ranked bottom 10 in allowing separation in man coverage and possibly missing two starting cornerbacks.

Story: The Titans lean on their passing game against the Colts

· Indianapolis leads the NFL in fewest rushing yards allowed per carry (2.6 ypc), and teams pass 3% more than expected against the Colts, setting up Tennessee to lean on its passing attack. 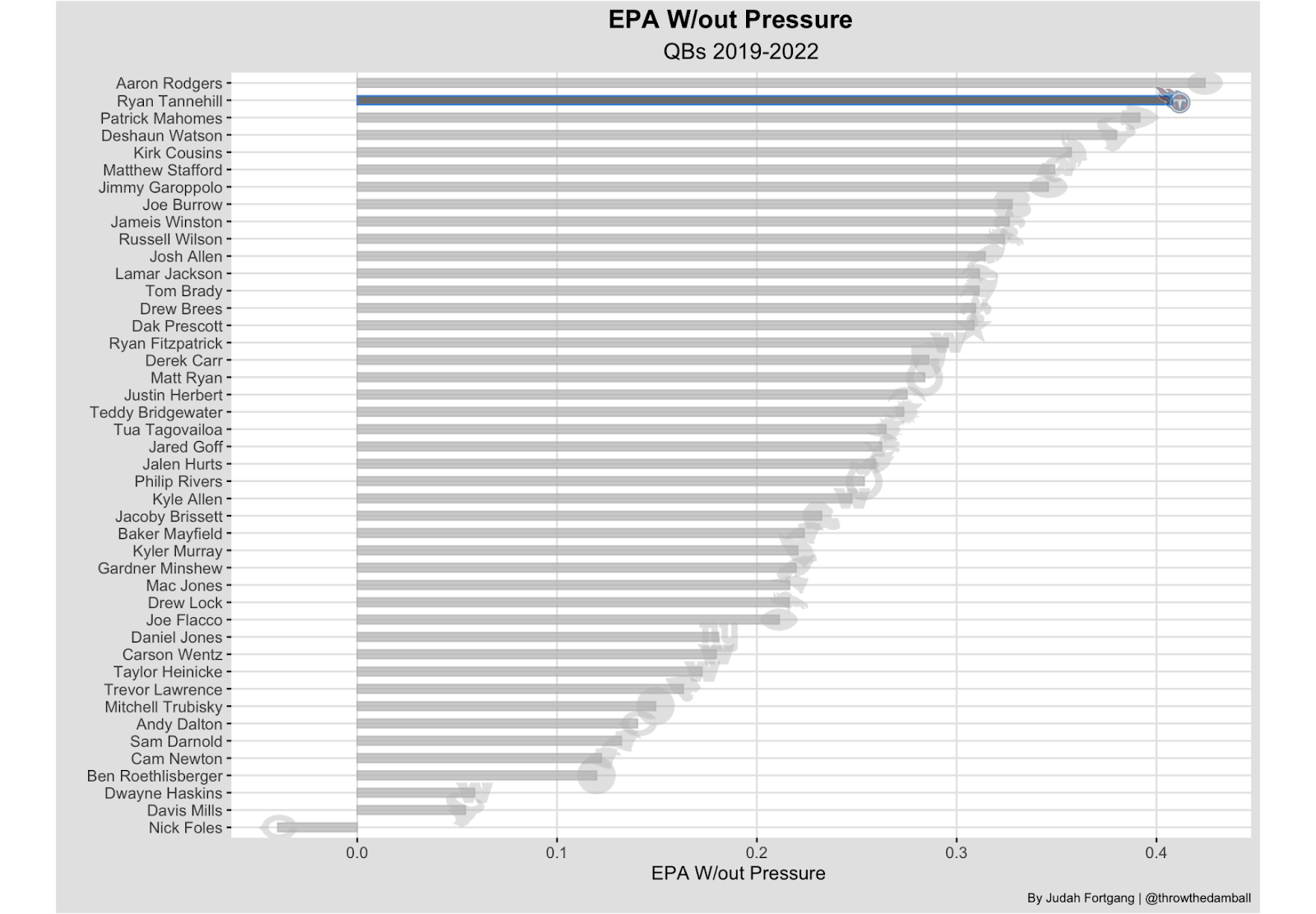 · Ryan Tannehill has excelled with the second-best EPA in the NFL when not under pressure. Meanwhile, the Colts have the fourth-worst pressure rate in the NFL, generating pressure on only 26% of pass-rush snaps.

· Robert Woods and Treylon Burks are 7th and 8th, respectively, this week in PFF’s Air Yards Buy Low Model. Look for the two of them to be the main beneficiaries of the Titans' likely increased passing in this matchup.

· Arizona has allowed an explosive pass on 11% of pass attempts against — second-worst in the NFL — and has allowed quarterbacks to average 282 passing yards so far this season.

· Who might be the beneficiary of a defense that bleeds explosive plays? Fifth in the NFL in explosive catches since entering the league, Moore also ranks second in PFF’s Air Yards Buy Low Model. Now is the time to buy low on Moore.